Who knew one night could change life forever? But, witnessing a creature with glowing red eyes kidnap her best friend, definitely qualifies as life altering to Erika Stanton. The stubborn college student vows to find her roommate even if it kills her.

Zaid, an immortal, is roused in the middle of the night by a human woman's nightmares of the rogue he's been tracking. The stubborn mortal insists on poking her nose where it doesn't belong -the middle of an immortal battle. He has no intention of allowing Erika to die trying to find her college roomie, especially after realizing Erika is his soul mate.

Will he be able to help Erika? Or will he lose the only woman he could ever truly love?

“You love her.”  Zaid pinched the bridge of his nose as if trying to fight the internal struggle within himself just as his brother Kason makes his way up the stairs to join them.
“Loves who?”
Great this was just what Zaid needed.  He walked into his bedroom with both of his brothers on his heel.
“Seriously Z, what is Calix talking about?”
Zaid turned toward his brothers.  “I don’t love her!  I don’t.”  If immortals could get headaches he was sure he’d have the migraine from hell right about now.
Calix turned toward Kason, ignoring Zaid altogether.  “It seems as though our brother has fallen in love with that girl we mentioned earlier.”
“I don’t love her!” 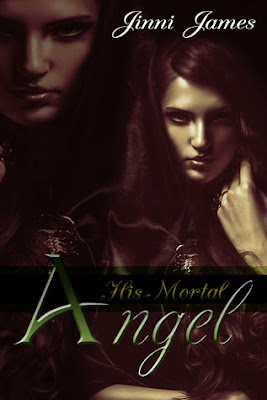 “Oh shit!  Zaid, you can’t fall for a mortal.”
Zaid growled again.  “I don’t love her!”
Calix laughed.  “Zaid’s got it bad bro.  Seriously look at him.  He’s a mess.  Plus he told her everything.”
Kason stepped toward Zaid.  “You told her?  Why not just wipe her memory and be done with it all?”
“Because he loves her you idiot!  Did you not hear me the first time?”
“Shit.”  Both Kason and Zaid said at the same time.  Zaid sat on his bed with his head in his hands unable to process what Calix just spit out.
“I don’t love her.  I don’t love her.”  He kept repeating it over and over.
Calix sat down next to his brother and slapped his hand against his back.  “Brother, you can keep repeating that until you are blue in the face.” Zaid eyed him questionably.  “It’s just a saying.  Anyway, you can keep saying that but it’s not going to help.  I can see it all over your face.  You love her.  You might as well stop denying it.”
Kason walked up to join his brothers.  “She’s mortal Calix.”
“And?  Our father loved a mortal.  Hell, she could even be turned if she wanted.”
Zaid finally hit his limit.  “Enough!  Both of you!  I’ll figure it out on my own!  Right now all I want to do is shower and sleep the day away before going to see Erika again and helping her find Kaley.”
Both the brothers jumped up off the bed.  “Whoa, you’re going to help her find Kaley?  What the hell bro?”  Zaid could always count on Kason for support.
“She is more determined than ever to find Kaley so I offered to help.  It’s the only way to keep her from harm.”
Kason threw his hands in the air in exasperation and walked out the bedroom door.  Once Calix heard the TV resume he placed his hand on Zaid’s shoulder.  “I’m here for you brother.  It will be okay.”
“Thanks brother.”
Zaid stood to make his way to his bathroom as Calix made his way back to the door but before he walked into the hallway he turned toward Zaid, “By the way brother, we found out the name of the rogue that took her, the one you have been after all this time.”
That got Zaid’s attention.  He immediately spun his head around to face Calix.
“His name is Thaddeus.”  With the click of the door shutting Zaid had the name of the rogue he had been after all this time.

Jinni James lives in her beloved state of Alabama with her amazing husband, her two precious girls, and her 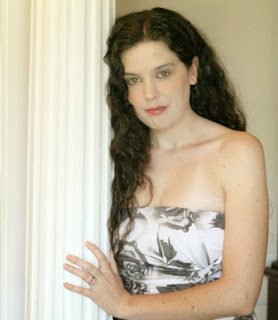 awesome step daughter along with her lazy cat and her hyper dog.  She works during the day as an administrative assistant with her characters talking in her ear all day as she answers phones, works on spreadsheets, and files. As soon as the day winds down Jinni goes home to her family, gets everyone settled, then finally sits at her keyboard and aspires to becoming the author that lives in her head.


Where to Stalk Jinni:

October 21 Spotlight and review
Penny For Them...
http://pennyforthemuk.com/search/label/tour

October 23 Review
Living in Our Own Story
http://livinginourownstory.blogspot.com.es/

October 25 Spotlight and review
Books to Get Lost In
http://bookstogetlostin.blogspot.com

Okay now onto my review for this book. I really liked this book even though it was a pretty quick read it was still an awesome book. I was hooked from the very beginning of this book. I just needed to know what would happen. When Erika's friend is taken everyone kind of gave up hope saying that she was just gone, but Erika wouldn't accept that answer. And ahhh can I tell you how much I really liked Zaid...I mean really really liked. lol But who wouldn't love a sexy Immortal? Not many people. The story is that Erika watches her friend get kidnapped and Zaid comes to help her out in finding her. So much happens in this book and it's so hard to truly give a good review because I don't want to give any of it away. So make sure to go get your copy and enjoy this quick paranormal read.

Soul Fire
Posted by Meagan at 5:30 AM