Melissa Solange is presented the chance of a lifetime. Chosen as a member of a new dance company, she works tirelessly perfecting the one element of ballet she's never mastered—the adagio. As she rehearses, a dark force watches. Resurrected by the surprise addition of a classic ballet to the repertoire, the sinister work is thought to be cursed—destroying anyone who attempts to dance it.

When the production's lead dancers begin to disappear, the old warning is taken more seriously. A death worshipping cult called The Innocents is blamed, but she is not so sure. They may be the scapegoat for an ultimate evil living in the woods of Holybrook. Desperate for an answer, she searches for what lurks in the shadows of the old trees before she becomes the next victim of the Danse Macabre.


Jeana:    I would like to introduce you to Melissa Solange. She’s the star of Wendy Potocki’s Black Adagio. It’s a paranormal thriller that is full of suspense and chills. Hello, Melissa.

Jeana:    I’d like to ask you a few questions about your background. When did you start to dance?”

Melissa:    I was five when my mother brought me to Leighton’s School of Ballet.

Jeana:    And did you know immediately that dance was for you.

Melissa:    Oh, yes! I was so happy when I danced. You see, my childhood was not pleasant. My mother was an alcoholic who verbally abused me so dance became my escape. I could be anything I wanted to be. And my teachers gave me compliments. It was the only time I received them.

Jeana:    Really? What about your father?

Melissa:    My father tried, but when someone doesn’t want help, there’s nothing you can do. And he’s the one that allowed me to take class when my mother insisted I stop. For that, I’ll always be grateful. He did it all for me. It’s why if I don’t get accepted into Velofsky’s Ballet, I’ll have to quit. I can’t be a drain on him all my life.

Jeana:    You look much younger. Still, isn’t having that kind of attitude putting a lot of unnecessary pressure on you? After all, if you don’t get this job, there are other ballet companies you could audition for.

Melissa:    No, this is it. I make it or I quit. And, yes, it does put a burden on me I suppose. But it’s no different than the burden all dancers feel.

Melissa:    Yes. We all want the same thing.

Jeana:    And have you made any friends?

Melissa:    Colette and Brandi are my closest friends. And Tina. We’re so alike, but there’s this horrible girl named Zoe. God, she’s the worst ever!

Jeana:    And what about boys?

Melissa:    Well, there’s Todd. He’s someone I’ve been seeing, but then there’s Kurt. He’s a dancer at the school. I’m sort of torn. Then there’s Alexei Rubino. He’s very handsome, but he’s a teacher. It’s not good to get involved with teachers.

Melissa:    He’s on the Holybrook police force. He’s helping me look into the mystery of Barbara Moore. She’s a girl that disappeared a long time ago. She was last seen in the woods. The police think she eloped with her boyfriend, but there’s talk about a group called The Innocents holding strange rituals. They’re a death cult, you know. They worship it.

Melissa:    I don’t know. I’ve seen things in those woods … and felt things. I feel like I’m being watched.

Jeana:    Can you tell me how this all ends?

Jeana:    I think I will. Thanks so much for agreeing to this interview. And, just between you and me, I hope you get that job.


Keeping track of the passengers that departed, all the stops in town were completed. The last one at the outskirts of town remained. Trying to figure out why Barbara was traveling into the middle of nowhere, he ruled out that she could be headed to the school. She wasn’t a dancer, and evening was much too late to be wandering around in the dark. Then there were those woods. It made no sense for her to be going near there. No one in their right mind would be going into that forest alone.

Alone! That was it! She was going to meet someone, but why was she doing it at this time of night? Perhaps she was cheating on the man she’d left him for. If so, his heart went out to the cuckolded husband. He hated to admit it, but he could well imagine her engaging in this kind of betrayal. If she could do it to him, she was capable of doing it to anyone. 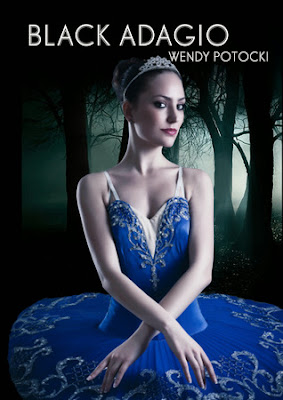 Out on the open highway, the vehicle raced at a clip. Its windshield wipers batting away, the smattering of snow drove into the glass. He stepped on the gas, his car’s tires digging in. Gripping the wheel, the heat was now shooting out and thawing his frozen extremities. His thighs still tensed, it wasn’t from the cold, only the gravity of the situation. Certain that he could press them into further action, they wouldn’t fail him. He was old, but not dead. There was no way he’d miss this opportunity.

His palms were sweating, his brow becoming moist. Old feelings surged up from the soul holding his sanity like fragile glass. His eyes already tearing up with regrets, he wondered if there was a promise of a future. While he was interested in hearing her explanation, what he really wanted was for her to change her mind.

He was being a fool. His friends and family had told him that over and over again. Even with drumming it into his head, all his chances to be happy were let go like grains of sand from a hand opening on a beach. He didn’t want to be with anyone else. It wouldn’t be fair to pretend someone else was her.

Easing down on the brake, the final stop was up ahead. Pulling to the side of road, he parked, waiting for the inevitable. Withdrawing from the car like a cobra from a basket, he wrapped his arms over his chest, beating his arms slightly for warmth. Hopping from leg to leg, the bus came to a halt. His eyes level with the passenger that emerged, he finally saw her.

“Barbara!” he screamed, the sound covered by the loud rumble of the bus resuming its rounds.

Spinning her head around, she met his eyes. Her face taking on an expression of fright mixed with determination, she took off for the woods. Her high boots easily cutting through the deep snow, his legs had trouble lifting, but he nonetheless tried to follow the footsteps that carved out a trail.

“Barbara, please stop! I only want to talk to you!” he pleaded, “You owe me that much!”

Arms flailing from a slip, he recaptured his balance. The lip of the woods ahead, Barbara was surprisingly fleet of foot. Only a few feet ahead of him, with a tremendous effort, he shifted into a higher gear. His legs pumping forward, his arms aided in him catching up with his elusive muse.

At the foot of the path leading into the forest was where he caught her. His hand groping forward, he snatched a hold of the synthetic white material, not letting go. His other hand joined in, gaining even a better hold on her wrist. Spinning her around, he stared in horror. Unable to speak, he broke the silence with a scream. 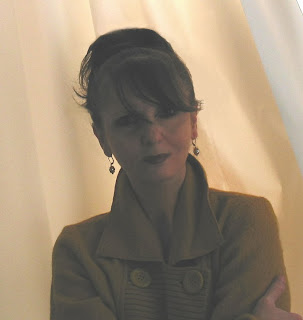 Wendy Potocki lives and writes in NYC. If that isn't scary enough, she writes in the genre of horror. She feels creating good horror is an art form. She religiously devotes herself to pursuing it over hill and dale -- and in the crevices of her keyboard.

Named one of the Top Ten "New" Horror Authors by Horror Novel Reviews, she has six self-published novels. Book trailers for many of her works may be found on her official website wendypotocki.com/. Her next planned projects are Thrill, The Virgin, and ZaSo, a Gothic tale of horror.

In her spare time, she loves to go for long walks, drink Starbucks Apple Chai Lattes, make devotional offerings to her cat named Persephone, and be stilled by the grace, beauty and magic of ballet.

Where to Stalk Wendy:


The House of Cards


The Man with the Blue Hat


I have always had a special place in my heart for spooky books. To be able to scare someone with mere words is a special gift. By the middle of Black Adagio I was looking over my shoulder, and reading way too much into "house noises". The book was even spookier due to the season.

The book starts out with Melissa or "Missy" Solange on her way to an elite ballet school, where she would audition for a spot as a full time student. Despite the ominous warning given to her on her way to the school, she is very excited to be there. Missy makes friends almost as quickly as they start disappearing.

Missy is a character that, while well fleshed out, I found to be bratty at times. She has a tendency to overreact to the small things, and dig her heels in, even when she knows she is wrong. That being said i think this aids in her sticking to the horror trope.

The story initially begins as a detective mystery, but transforms into a classic campfire story. The slow change makes you, as the reader feel haunted. Though there are gruesome parts, the book doesn't rely on gore, but rather well thought out mystery in all the right places. "The brotherhood joined by a fascination of death whispering phrases as eloquent as any poetry to victims found along the way, it was in that marshland she danced. Her feet bogged down in the soil soaked from lathering traces of force."  Even the way the sentences are worded sends shivers down my spine.  The twist ending was brilliant.

Wendy Potocki knocked it out of the park. I see the memory of this story haunting my dreams every Halloween. Her writing style combined for her obvious respect for the genre make this book a must read. As I said before, I am a huge fan of horror/mystery books, and she defiantly delivered.