Blog Tour: Given to You by Carlie Sexton

To give is a virtue. But to give your very self, the ultimate bequest. Offered in love, it can be wondrous. 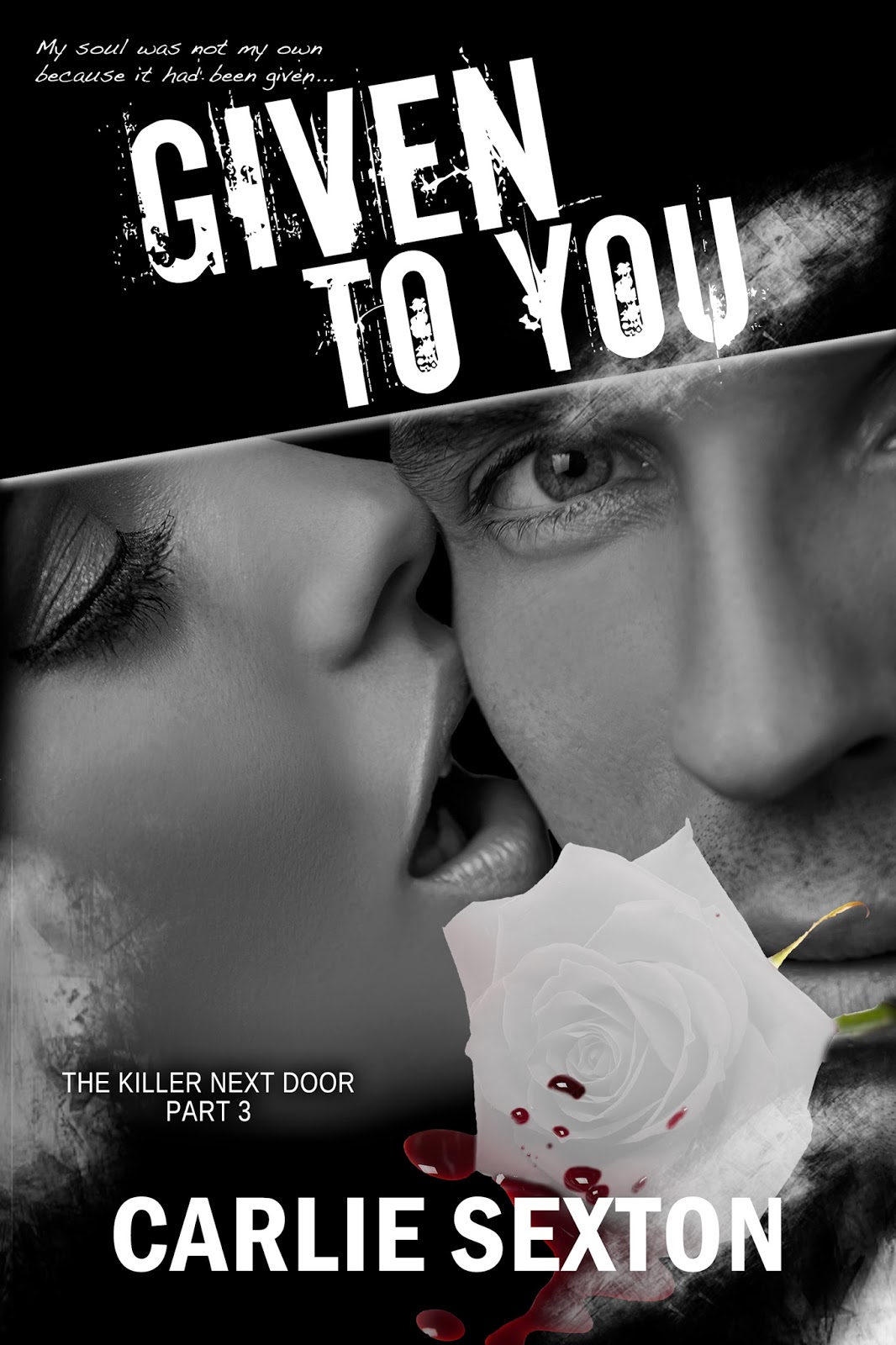 Offered in desperation, it can be deadly.

In Book Two of this three-part epic, young and tempting Kate Simmons at last seemed to have reached a safe haven of happiness when she moved in with Neil, ambitious and persevering, both in his legal practice and his love life. Taking great care to protect his trophy and the surprise he had in mind for Kate, Neil hired security to accompany his soon-to-be fiancée on a scavenger hunt of a lifetime.

As Book Three continues their saga, it is life itself that is in the balance when Kate becomes the hunted as the jilted Roger snatches his prey.

The obsessed minds of Neil and Roger now take aim squarely at each other â€" with a bare and exposed Kate directly in the crossfire. Knowing her very life will be the winner’s spoil, Kate stares agony in its ghastly face as it approaches for the death dance.


There is no time, no place, no safety in a war of fixation. A war in which the winner will be either the last one standing, or the last one to die. 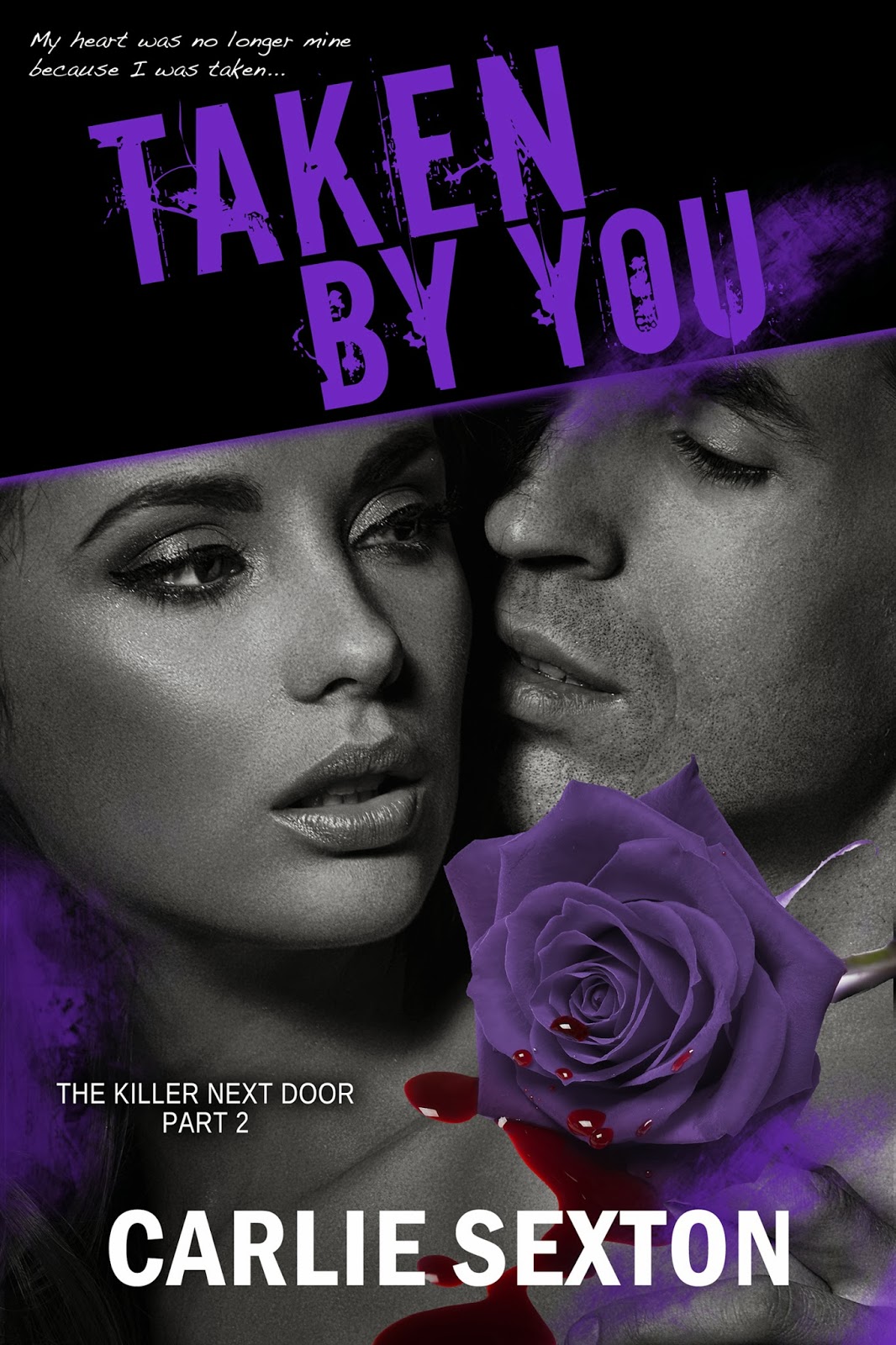 Carlie Sexton has had a passion for reading her entire life. She loves it so that she dedicated her life to educating children. As a teacher, she has had the profound pleasure of teaching children to read and explore their imaginations through a good book. Just recently she decided to write a story that had been on her mind. Now she has several that she wants to turn into additional books. Writing has become a passion that she dearly loves.
Carlie lives with her handsome husband in Southern California. They enjoy the relaxed lifestyle that California provides. They have two beautiful dogs, but no children.

Where to Stalk Carlie: 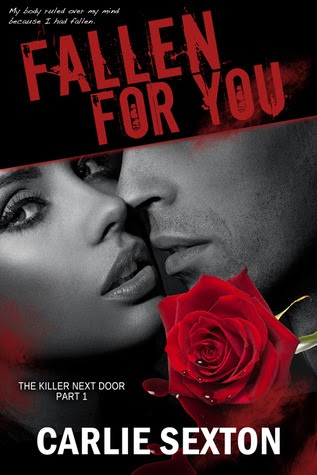 First of all, if you are a fan of thrillers, you need to read The Killer Next Door series. This book provided a realistic, well researched view into the mind of a serial killer. This creates a more bone chilling, world for the reader to sink into. That being said, Given to you is just as much a romance. For me, this book was an instant classic.

The series follows Kate, who has fallen subject to the obsession of her landlord, Roger. Upon learning more disturbing facts about her homicidal landlord, and being with a wonderful man named Neil, Kate moves to distance herself from Roger. It doesn't take long for Roger to find her, and with little effort kidnap her. He was convinced that if he took away her options, she could love him. “Kate, like I said earlier, things are going to go my way now. Once we get to the cabin you won’t be tied up anymore. Maybe that will enhance your mood".

After Neil rescues her from Roger, Kate spends her days in fear of when he will show up for her. Her love for Neil is the only thing that gets her through the fear. Neil is strong, protective, smart, and great in bed. All the makin's for one of the hottest leading men I've come to know.

The Killer Next Door series is something that I strongly recommend, not only for fans of thrillers, but romance, action, and erotica.  The characters are very well fleshed out, and the thought put into the actions of each character, made the book read smoothly.


This book is perfect for a night in with a bottle of wine and fuzzy socks (with someone in the house to hold your hand if you get too scared). To those of you who are still reading my review, and not diving nose first into this amazing book, what is stopping you?