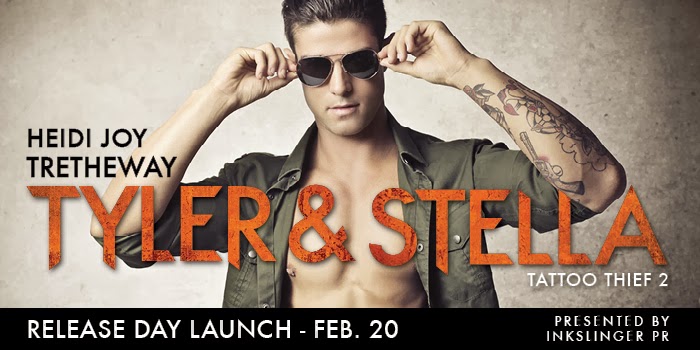 
Stella Ramsey always says bad boys can’t break your heart. They don’t call, don’t cuddle and don’t send flowers—but what do you expect? For Stella, no strings means no regrets. 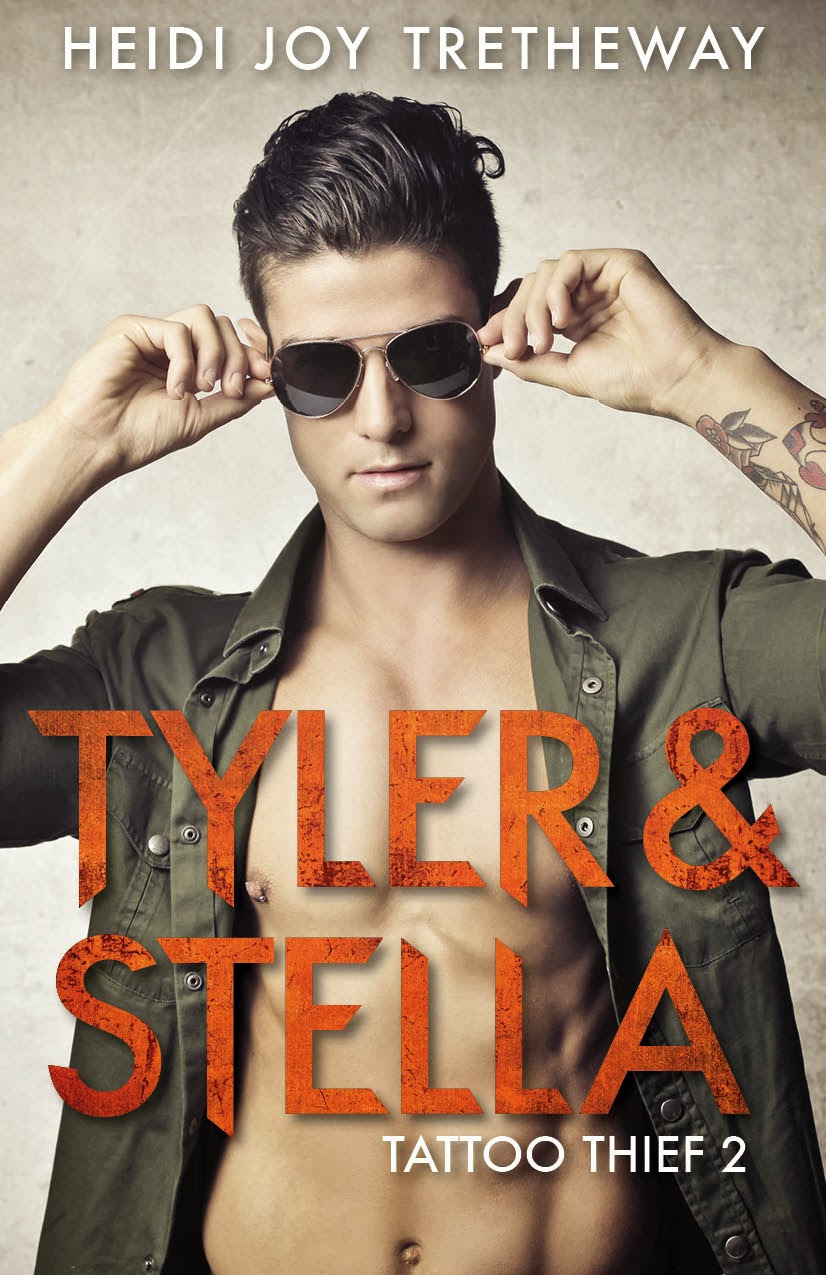 friend, Stella has one chance to redeem herself. Tyler Walsh could be that chance.

Stella promises the bassist for the rock band Tattoo Thief anything in exchange for behind-the-scenes access. But Tyler doesn’t want anything. He wants everything—and that’s more than Stella is prepared to give.

When Tyler’s explosive secret thrusts Stella into the media spotlight, she must choose between the selling the story and telling the truth—and exposing the truth about herself as well.

Tyler & Stella (Tattoo Thief #2) is a sizzling story of lust, lies, and sacrifice, revealing how much love can forgive.


Setup: After selling a story that nearly ruins her relationship with her best friend, Stella has to make it right without risking her job as a music reporter. Tattoo Thief’s bassist, Tyler, offers Stella that chance—an exclusive interview in his loft, which doubles as the band’s practice space. But throughout the interview, Tyler’s teasing touches are as confusing as they are enticing.

I can’t tell whether we’re in the Friend Zone or if it’s something else. He keeps touching me, but it isn’t the lusty grope I’m expecting. He’s just … touching, and as he massages my feet, I find myself more and more attuned to his frequency.
I want him. I want to feel his hands on me beyond my feet—oh, God, does he have a foot fetish? But then, would that mean he’s into me?
My resolve to keep this journalist-to-musician interview platonic has drowned in vodka and I’m sure I have enough notes to form a cohesive story tomorrow.
I pull my feet from Tyler’s hands and scoot on my knees over to where Tyler sits on the couch.
“That felt fantastic,” I purr, and I throw one knee across his lap to straddle him. My dress stretches higher on my thighs and I plant my hands on his shoulders. Tyler stills and I try to read his expression. “I don’t want you to stop.”
I don’t just mean the foot rub. I stretch my neck forward to bring my face close to his and I hear his breathing shallow. I know I have an effect on him and I move even more slowly, savoring it.
But why isn’t he responding? Instead of running his hands up the back of my thighs or grabbing my ass, his hands are still on the couch, motionless on either side of my legs.
I ignore Tyler’s hesitation and bring my lips closer to his, smelling a little beer and maybe basil from our dinner. The tip of my nose touches his cheek and I pivot my mouth, reaching for his lips. They’re soft and yielding.
I press deeper into him, my tongue teasing the corners of his mouth, my breasts pressed to his chest. I hear a noise from his throat, maybe a groan, but he hesitates. I buck my hips and that’s the last straw—his hands are suddenly on me, sliding across my back and around my waist as he pulls me into a breathless kiss.
His lips are hot and hard on mine and I want to drink him in, devour him. But in the next moment, his hands have changed course and he’s pulling me away from his mouth.
Wait—what?
“Stella. Hang on here.”
I can see Tyler fighting for control and I’m struggling to breathe normally too. I’m in his lap, his arms were around me and I can feel his erection pressing against my very damp panties. 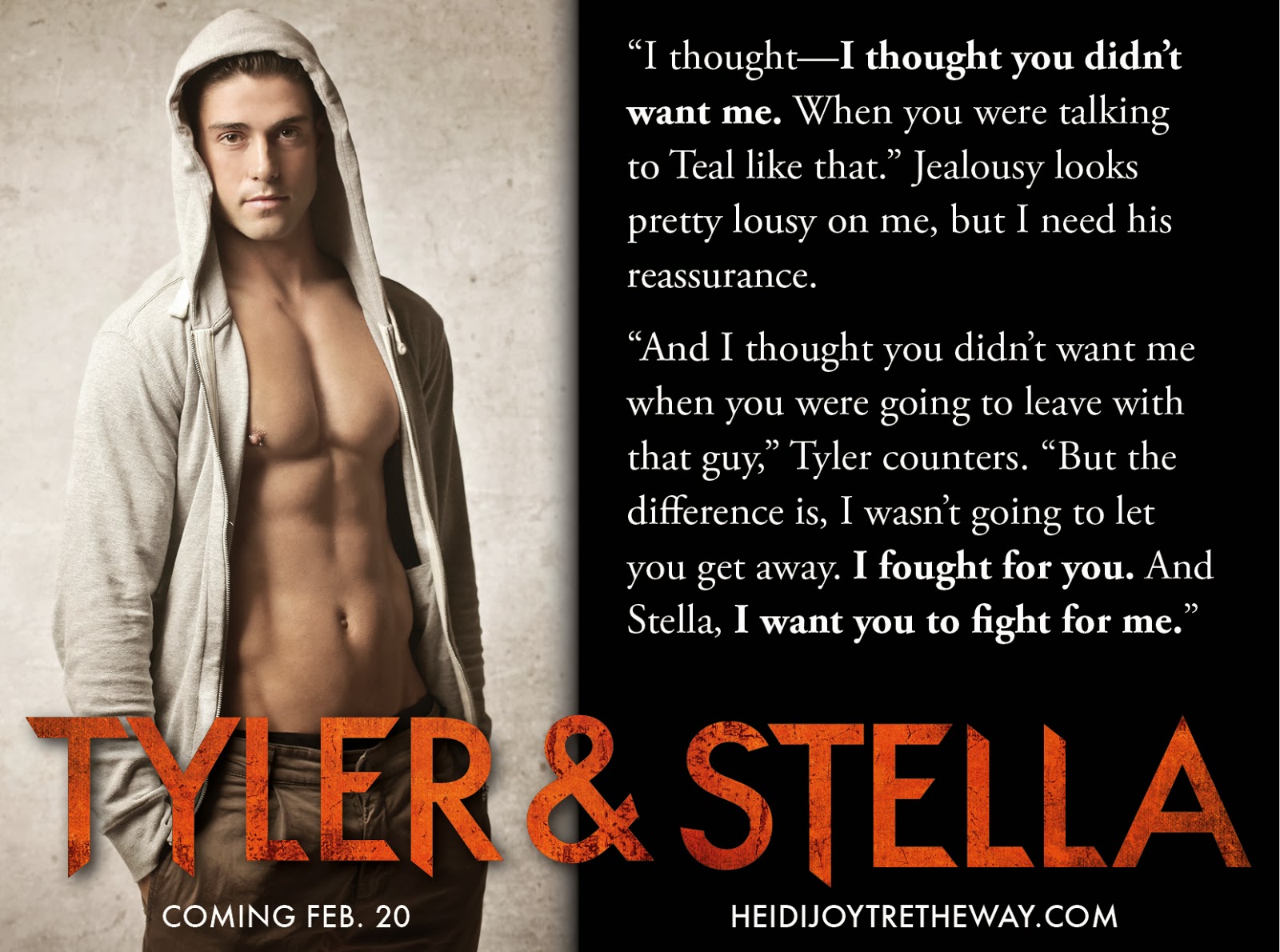 He shouldn’t be pushing pause right now when every sign points to play. Or fast forward! Even slow-mo, if that’s his style. But pause?
“Stop,” he commands. My hips are still moving against him of their own free will.
Oh, God. Stop. That’s the kiss of death.
“Seriously? Stop?” My face is flaming with humiliation and I climb off Tyler’s lap and grab my shoes, trying to shove them on my feet as fast as possible. “Whatever you say, Tyler. At least you made up your mind. You’ve been sending mixed signals all night.”
My voice says I’m angry with him, but I’m really just mad at myself. First I decided to keep it professional, just do the story after he’d offered me access. Then his touch lights me on fire and I throw that very sane plan out the window. Then I have two or three more shots to further fuck with my resolve.
And then, the foot rub. Tyler has a secret weapon.
So I’m angry because Tyler pushed me past my limits, even though I was the one who climbed into his lap. I started that kiss and he ended it. That should tell you everything you need to know, and it should tell me to leave him the hell alone.
Tyler’s face darkens and he’s mad that I’m mad.
“Mixed signals? I was giving you what you wanted, your story, so that you wouldn’t try to dig into Beryl and Gavin’s life and get something else on them. Something ugly.”
Tyler’s statement hits me like a slap in the face. “Is that what you think I’m about?” I hear my voice rise. “That I’m going to throw my best friend under the bus again?”
Tyler’s voice drops to a dangerous whisper. “You said it yourself: again. I did what I thought I should do to protect Gavin.”
My jaw goes slack, realizing Tyler was playing me to give me the story he wanted me to write, rather than the truth.
I stalk to the kitchen to grab my purse as angry tears slide down my face. That asshole really had me going. I turn to look at Tyler, who’s still seated on the couch, his hands buried in his hair.
“Have a nice life, Tyler,” I say, and I wish I could say something more cutting to make up for how embarrassed I feel. “I’d say it’s been fun, but I’d be lying.”
My trip down five flights of stairs is slow and painful as I limp in my stupid shoes and cling to the handrail. I snort up the snot in my nose from crying—I’m looking super attractive right now with a night’s worth of mascara sliding down my cheeks.
Damn him. I’ve been in plenty of compromising situations after getting frisky with a bad boy, but I can’t remember one quite so humiliating. I can’t remember a time when a bad boy turned me down.
He played me.
That’s the thought that sticks in my brain. I always say, “A bad boy can’t break your heart,” because with them, you’ve got no expectations. You don’t expect roses. You don’t expect to be wooed or complimented or spooned. You don’t expect to be called the next day or taken home to mother.
And that’s what kills me about Tyler. I assumed he was a bad boy, with his tattoos and devil-may-care rocker attitude. But then, somewhere along the line, I started to think he was good.


Heidi Joy lives in Happy Valley off Sunnyside Road. She swears she did not make that up.

Heidi’s obsessed with storytelling. Her career includes marketing, journalism, and a delicious few years as a 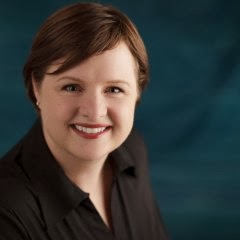 food columnist. Media passes took her backstage with several rock bands, where she learned that sometimes a wardrobe malfunction is exactly what the rock star intends.

You’ll most often find Heidi Joy with her husband and two small kids cooking, fishing, exploring the Northwest, and building epic forts in their living room.

She loves to hear from readers via messages at facebook.com/author.heidi.

Where to Stalk Heidi: