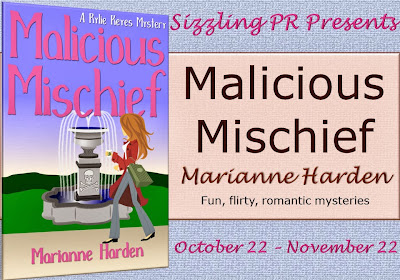 Is it strange to have the unemployment office on speed dial? Not for twenty-four-year-old college dropout Rylie Keyes. However, her current job at a small retirement home is worlds more important than all her past gigs. Fact is, if she loses this job, she’ll fail to stop the forced sale of her grandfather’s home, a modest lakeside bungalow that has been in the family for ages. But to keep her job she needs to figure out the truth behind the death of a senior citizen found murdered in her care.

The victim was thought to be a penniless man with a silly grudge against Rylie. However, his enemies will do whatever it takes to keep their part in his murder secret.

Forced to dust off the PI training she must keep hidden from her ex-detective grandfather, Rylie has to juggle the attentions of two very sexy, very different cops who both arouse and fluster her at the same time. And as she trudges through the case, she has no idea that along the way she just might win, or lose, a little piece of her heart.


I turned, my doubt about solving this case rising. I walked into Detective Talon.
I stumbled back, apologizing as he reached out, steadying me with a gentle hand.
“Thank you,” I said awkwardly, shocked by the comfort I found in his touch.
There came a lengthening silence as he stared down at me. His handsome face folded in, brooding, deep into a frown.
I looked at him in bewilderment. “Is something wrong?”
“It’s the way Lipschitz talks of you. It isn’t right and proper,” he said. “You do know he was once in love with you. And dammit, he quite possibly still is.”
Such concern, he must have written the Bintliff note. “There was never anything between us—why dammit?”
“A detective on a power trip, a vulnerable suspect, and an axe to grind—never ye mind, I suspect it’s better if I say no more,” he said, his voice steady but worried.
His assertion intrigued me on many levels. Though loosely exercised, it was a breach of the age-old police code of silence. Even when guilty of wrongdoing, cops don’t talk bad about other cops.
“I never encouraged Lipschitz,” I said. “He was too busy calling me bastard baby to realize that at the time. You should know something else. I had nothing to do with Otto’s death.” 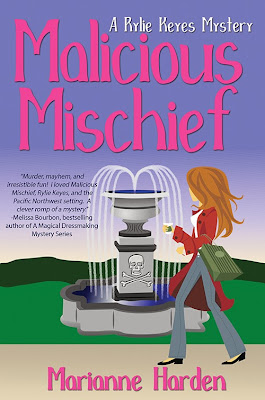 “No mind, I already knew you weren’t involved,” he said. “Though it makes no sense to me, you trying to persuade your grandfather by solving Otto’s murder.”
I raised my brows, figuring he had learned this from Leland. “I need his blessing.”
“Answer me this: does the grape ask the yeast what type of wine it should be?”
Puzzled by this man, by how he talked in riddles, I stepped back, clumsily turning on an ankle. He didn’t steady me this time, didn’t touch me. It shamed me how much I had wanted him to. “I find you so confusing,” I said self-conscious, a bit shy.
“I cannae fault you for that. I’m up to my neck in confusion. There is no rhyme or reason in why I’m willing to break a dozen department rules to discuss this case with you.”
“Don’t risk your career for me,” I said too hastily, too coolly, as one does when skeptical, for police officers carried another burden, the binding pressure of their code of conduct.
He picked up on my doubt and gave me a half-amused smile. “My career will survive, though my ego may not be as blessed.”
I forced myself to say, “Ego complicates things.”
“Aye, while laughing last and loudest. Petulant thing, ego.”
He continued to look at me with his dramatic eyes. I saw the soulfulness in them and thought back to his anger over Lipschitz’s contempt for me. I wondered why it bothered him, why he felt the need to write the anonymous Bintliff note. Surely, he had more to worry about than me. He was a man of contrasts; I could see that now. The dangerous detective with a discerning stare, concerned stranger abhorring the ways of a hateful partner. I smiled, oddly becoming more at ease with him. But there was something baffling, even staggering about the suddenness of this change. I was entering dangerous grounds, I knew I was, but still I said, “Maybe yours just got out of bed on the wrong side.”
“Innuendo?”
“No,” I said, but it had been, and I turned cold all over at my boldness. I was acting harebrained. It had to stop. “Talon, why are you doing this? I’m more often the friend than lover.”


Over the last several weeks, I’ve written a great deal about the murder mystery in Malicious Mischief and about the road to love that Rylie Keyes finds tricky to navigate, but I’ve not mentioned the underlying secrecy of Rylie’s birth and how this baffling mystery shapes and concerns several players in this book. With your permission, I’d like to remedy this. ~Marianne Harden

“Kid, you’ve got all the makings of a real softy.”

Rylie Keyes, Malicious Mischief’s budding sleuth, is a freckled-faced young woman who wears a smile to hide a wee bit of a frown. I wish I could tell you that Rylie had an idyllic childhood, for she so deserves it. But no childhood can be perfect when soon after your birth your mother runs off and your father is unknown.
Rylie, of course, has come to terms with this abandonment over the past twenty-four years but still she wants answers. I will oblige her—slowly—over the course of the Rylie Keyes romantic mystery series. I wonder what she’ll do when she finally discovers the truth. I don’t like to think about it, really. I might make it sudden so she is stunned and a little frightened. I can only imagine her expression. Someone ought to draw a sketch of such a face.  I’ll make sure her beloved Granddad is in the room, and near enough to hear her stifled gasp. Certainly, I’ll have to mull over what object has stifled that gasp, her hand, a cloth in the hand of another, or something worse—perhaps. But there’s time; there’s no need to rush.

Rylie’s Samoan sidekick Solosolo Namulau’ulu will also be in the room when the truth is revealed, and quietly handsome Zach O’Neil too will be nearby, but Detective Thad Talon won’t be present. Naturally, this will be against his will. Someone is out to harm him, wants to keep him away. I don’t wonder what Talon is thinking, or what he’s going to do. The drop-dead gorgeous have natural tools, especially when accompanied by a charming Scottish accent.  And Rylie’s reaction to his absence is also not a mystery to me, and it won’t be to you either, once you meet and fall for her as I have done.

So it won’t come as a complete surprise, I’ll tell you a few things about her. Rylie Keyes is sweet, she’s patient, but most of all, she’s pretty darn funny. Solo, too. It’s as though the ones who have the hardest time fitting in discover that humor is the best means to cope with their troubles—most of the time, that is. Some things are just too serious for fun. Still, such wild adventures these two will have, crackling with laughter, while a crisis of the heart will come as well and, of course, there will be many of those along the way. So it is my greatest hope that you’ll enjoy Malicious Mischief, 1st in the Rylie Keyes romantic mystery series as much as I enjoyed writing it. Happy reading. ~Marianne Harden

I love making people laugh. True, I should probably spend time on an analyst’s couch, but I’d rather spill 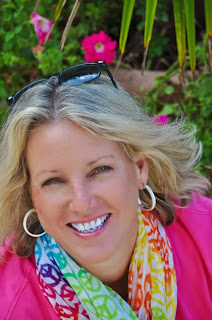 loads of fun into my books. I’m rarely at a loss for words, which is wicked cool for a writer. And it would be poppycock to say I didn’t laze away my wonder years dreaming of far-off places.

Over the years, I’ve traversed the insanely fun back roads of Australia and New Zealand, trekked the wildly exotic landscapes of Asia and Africa, soaked up the blistering Caribbean sun, survived bitter Arctic cold to witness the Northern Lights, and lost a wee bit of my heart to the awesomeness of Europe.

My goals in life are simple: do more good than harm and someday master the do-not-mess-with-me look. I roost in Washington State with my husband and our two children.


Where to Stalk Marianne:

a Rafflecopter giveaway
Posted by Meagan at 8:01 AM