Cover Reveal: The Fine Art of Pretending by Rachel Harris

Hey guys, so I'm pretty stoked for this book to come out. But on today's stop we have a cover reveal for the wonderful and talented Rachel Harris. The Fine Art of Pretending is due out September 30, 2014. So make sure to add it to your TBR file. And now onto the cover reveal.... 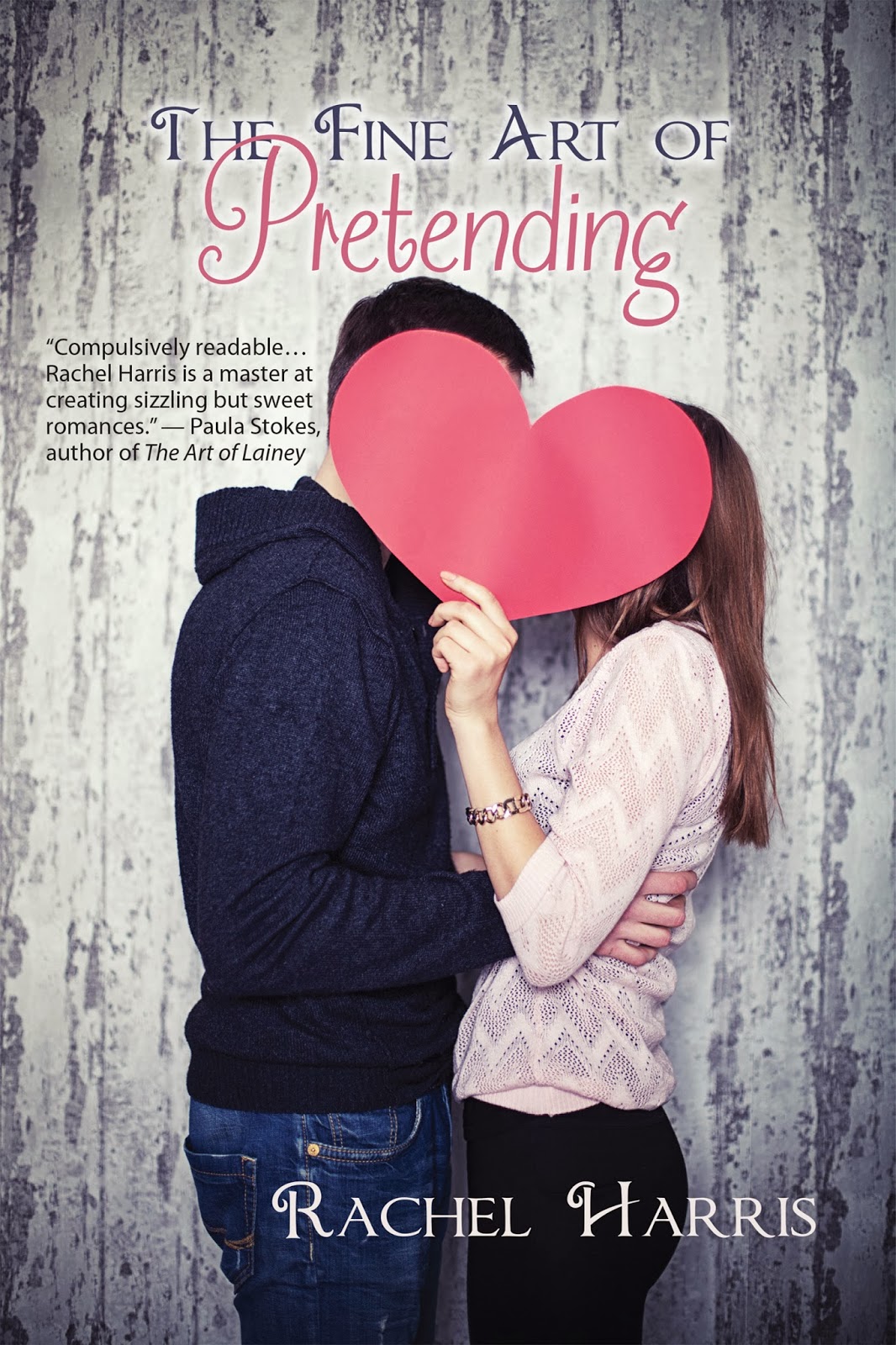 
According to the guys at Fairfield Academy, there are two types of girls: the kind you hook up with, and the kind you're friends with. Seventeen-year-old Alyssa Reed is the second type. And she hates it. With just one year left to change her rank, she devises a plan to become the first type by homecoming, and she sets her sights on the perfect date—Justin Carter, Fairfield Academy’s biggest hottie and most notorious player.

With 57 days until the dance, Aly launches Operation Sex Appeal and sheds her tomboy image. The only thing left is for Justin actually to notice her. Enter best friend Brandon Taylor, the school’s second biggest hottie, and now Aly’s pretend boyfriend. With his help, elevating from “funny friend” to “tempting vixen” is only a matter of time.

But when everything goes according to plan, the inevitable “break up” leaves their friendship in shambles, and Aly and Brandon with feelings they can’t explain. And the fake couple discovers pretending can sometimes cost you the one thing you never expected to want.

Where you can Stalk Rachel: