Blog Tour: Pieces for You (For You #2) by Genna Rulon


"The phoenix hope, can wing her way through the desert skies,
and still defying fortune's spite; revive from ashes and rise.” -Miguel de Cervantes

Samantha Whitney survived unimaginable tragedy only to discover she had been betrayed by a man who claimed to love her. Shattered, Sam spends months at a safe haven trying to piece herself back together. Ready or not, the time has come for her to return home. 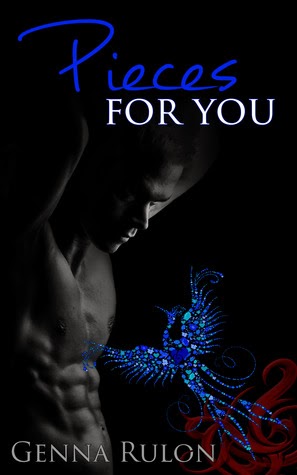 As Sam struggles to resume a life that no longer feels familiar, she finds unwavering support in an unexpected, familiar face. Confronting Sam’s raw emotions and open wounds head-on, Griffin manages to take two steps forward for every step she retreats.

But when Sam is once again threatened, Griffin must decide how far he is willing to go to protect the woman he wants…knowing the cost of her safety is the risk of losing her.

Pieces For You is a captivating journey of survival, healing, and sacrifice—teeming with honesty, humor, unexpected twists, and love’s unsurpassed endurance.

*Though Pieces For You is a part of the For You Series, the book can be read as a stand alone.

Buy Links for Only for You:


Genna Rulon is an up and coming contemporary romance author.

During her 15 years in the corporate world, Genna, inspired by her love of reading, fantasized about penning her own stories. Encouraged by her favorite authors, many of whom are indie writers and self-published, she 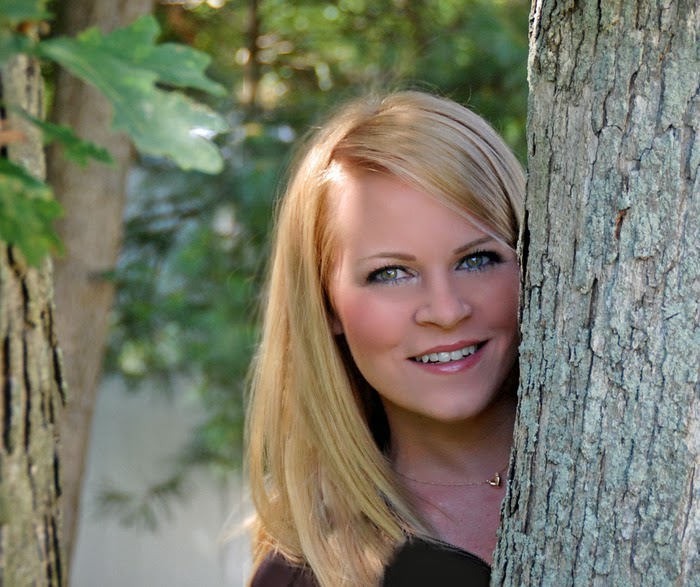 committed to pursuing her aspirations of writing her own novels.

Genna was raised in Long Island, New York, where she still resides, surrounded by the most amazing family and friends. Married to a wonderful man, who patiently tolerates her ramblings about whichever book she is currently working on, even feigning interest relatively convincingly! Genna is blessed with two little boys who do their best to thwart mommy’s writing time with their hilarious antics and charming extrapolations.

Where to Stalk Genna:

First I have to tell you that I cannot give enough praise to Genna and her amazing writing skills. I completely fell in love with Hunter and Ev...now Huntleigh in the first book. And I couldn't wait to hear more about their story in this book as well as to see what might happen with Griffin an Sam. This book was AMAZING!!!! Now Huntleigh are definitely my favorite story and their relationship and everything, but this book was sooo good for so many other reasons. The main was that this story was so raw and real that I felt like I was either Sam trying to live life or someone very close to her living this. It's been a very long time since I've felt something like that and Genna does it perfectly!!! Also I love how at the top of each chapter there is a different quote to relate to the story or chapter. This was my favorite that I think every one (especially women) should live by. "I make mistakes, I'm out of control, and at times hard to handle. But if you can't handle me at my worst, then you sure as hell don't deserve me at my best." - Marilyn Monroe.

Okay so now onto the story, this book starts off right where the last one left off. We start out with Sam writing in her journal at TPC. I read her thoughts and actions and feelings is heart wrenching. To have a somewhat better understanding of what she went through was again so raw and real. I've watched movies and tiv shows (especially Law and Order SVU) so I have a general idea about victims of rape. And I've read books before where the girl was raped and beaten and tried to move on and all, but nothing this real before. But as the story continues Sam starts to get better, enough that she can go home and be with Ev. However, she has night terrors and Ev sleeps in her room to help her and Hunter is always in the house to help too. Hunter has pretty much become her brother and she will only allow his touch (as a guy) because of this. Eventually, when Sam is still getting better they invite Griffin over for dinner, since the four of them are all friends and everything. Only we know from the last book that Griffin has no desire to just be friends with Sam.

I love Griffin. He's sweet and tender and thoughtful and patient when it comes to Sam. And I love how he (for the most part) what to do to help calm her or talk to her. At the dinner Sam finally let's loose a little and starts wailing on Griffin. Who as a side note is effing huge now....he's been working out the last six months. And he takes it and then comforts her and all is better. He helps Sam get herself back to a more closer version of herself. Sam begins to see her therapist and I LOVE THAT WOMAN!!! Her methods are amazing and I found myself laughing a lot every time Sam was in a session. Part of Sam's homework was that she needed to start exercising and who is going to go with her? None other than our big overprotective Griffin. The first night there Sam get's hit on and as Griffin comes out he growls at this guy hitting on Sam. The whole scene was comical.

But Sam also has to get a job and this is where we meet Meg. I like Meg and can't wait to read her story next. With that being said I read the little blurb for the 3rd book (I was curious who was next) and I saw that it was a story between Meg and Wes. And I was like who the eff is Wes? OMG have we met him yet? And then I decided that maybe we meet him in this one. So one day while at work a man comes in to talk to Sam. He's an attorney for Heath's family to basically bribe her with money to not testify. And as he introduces himself I'm floored and all I kept thinking was NOOOOOO Genna wouldn't do this to us come one. But no she did lol and I love her for it too. The attorney's name is Wesley Black. And I was like....Wes....Wesley Black? What no Meg can't date a loser like that.....he's works for the bad people. What is she thinking? But once I finished the book I'll admit I'm dying to know their story now.

So while Sam is still trying to pull herself together she is also dating Griffin. But she doesn't feel like he's going to want damaged goods and at every turn Griffin surprises her and I love him for it. He's no Hunter, but I love him for Sam. But I love the growth that Sam does in this book.....not a lot of women could live through what she does and move on the way she does and it only adds to her strength as a woman. But whilst this is all moving on Sam has dinner with her parents that doesn't end well because they don't want her to testify. When she leaves there it's pretty much the last time she will ever talk to him as Samantha Whitney, their daughter. And further along  begins to get threats on her life. They relate it to the family and Sam's testimony and eventually things get worse.

Also stupid loser Robbie comes back into Sam's life. He tries to tell her that he still loves her and is sorry it took him so long to figure that out and that he wants her. Ewww....I threw up in my mouth at that point. I mean really? You broke her heart after she was attacked and then put it in a blender and pushed the on button. But then he touches her and kisses her. OMG REALLY???? I'm pretty sure that you don't just do that to women, especially knowing what Sam has gone through. Well Griffin looses it and beats the hell out of Robbie and the violence doesn't go well for Sam.

Also Griffin has a few secrets of his own. Lionel. I love Lionel. And I love that he speaks about himself in the third person. I especially love Lionel at the very end when Sam goes to the prison to confront someone for their stupidity and I'm completely shocked at the lengths they went to to threaten and try and silence Sam. And finding out the reason they did it. But yes I highly recommend paying attention to Lionel.

But as the story goes on Sam begins to question everything. She can't be with Griffin because what if he turns that violence on her? Although the reason he stops beating the hell out of Robbie was pretty good from my stand point. Will Sam even live threw this book? Who is threatening her? Will Heath be given justice for his crimes? Or will he get off like all the other times? There are so many other questions but I can't bring them up because you need to read this book. I can't recommend it enough and give it enough praises. Can't wait to read the next installment and see what happens with Huntleigh (love those two) and here Sam ends up with things and what's going to happen with Griffin. But also I'm dying to know more about Meg and of course we are going to get to know about Wes....so that should be interesting. Now the only thing I didn't like about this book is the lack of Sam and Ev. Ev was there when something bad always happened, but they never really had girl time or when they were at work it was like Ev was almost never there. You hear a lot about Sam and Griffin, Sam and Meg, Sam and their therapist (love the twist there), and then Sam and Huntleigh. So I'm hoping more Sam and Ev are in the next one....with Meg. They can be a trio. But yes I highly recommend you read this book!!!