Cora Lewis is a whole lot of fun, and she knows how to keep her tattooed bad boy friends in line. But all that flash and sass hide the fact that she’s never gotten over the way her first love broke her heart. Now she 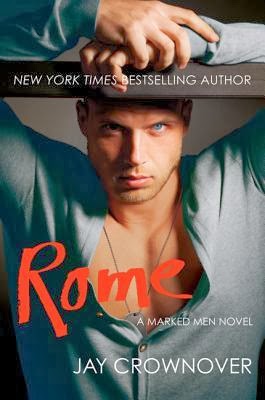 has a plan to make sure that never happens again: She’s only going to fall in love with someone perfect.

Rome Archer is as far from perfect as a man can be. He’s stubborn and rigid, he’s bossy and has come back from his final tour of duty fundamentally broken. Rome’s used to filling a role: big brother, doting son, super soldier; and now none of these fit anymore. Now he’s just a man trying to figure out what to do with the rest of his life while keeping the demons of war and loss at bay. He would have been glad to suffer it alone, until Cora comes sweeping into his life and becomes the only color on his bleak horizon.

Perfect isn’t in the cards for these two, but imperfect might just last forever . . .

no particular order: I’m an natural redhead even though I haven’t seen my real hair color in years, I’m a big fan of tattoos and have a half sleeve on either arm and various other pieces all over the place, I’ve been in the bar industry since I was in college and it has always offered interesting insight into how men and women interact with each other, I have 3 dogs that are all crazy, I live in Colorado and love the snow, I love music and in all reality wish I could be a rock star not a writer or a bartender but I have zero talent so there is that. I love to write, love to read and all I’m interested in is a good story with interesting characters that make the reader feel something.

Where to Stalk Jay:

Okay so this was the first  book from Jay Crownover that I've read even though this is the third book in the series. And Eppp......I fell for Rome Archer!!!! He is just amazing!!! This book was a little different but I loved it. And I will definitely be going back to read the first two and then possibly re-read this book because it was just that good!!! While there was love and heartache and intriguing parts to this book I found the depths of the PTSD that Jay wrote about one of the best parts.

So Rome has just come back from his last tour of duty and he has a lot going on. He always filled a role before and now he doesn't have one and he's trying to find himself and where he fits in. One of those roles was being the big overprotective brother to Rule, but now that he is settled in life he doesn't really need Rome to do that. On the flip side of that we have Cora. Cora is a handful. She's one of those free spirited, spit fire, spunk filled women and I absolutely love her. She's out to find Mr. Perfect and try to live her life....and on that path she finds Rome. Rome and Cora's first interaction is......different and that's putting it mildly. Actually Cora kind of tells Rome off and basically where he can put it. And let me tell you there is this one night where Cora finds herself super close and pinned to Rome and steamy things soon follow....but ahhh what I'd give to trade places with her.

So they begin this "relationship" in a sense. Cora trying to fix Rome and Rome trying to put his life together and Cora is at the center of that. She brings color back into his life. She seems to just make him want to be a better man and for me that's like the ultimate show of love. To want to change your life to make it better for the other person and be a better person for them. Someone they can depend on. But as life continues on things from Cora's past come to the present and then questions and doubt come. Will Rome and Cora be able to make it? Will their semi-dysfunctional relationship become a real one? Will Rome be able to get over his demons and move on? What will Cora choose? Will it be Rome?

Lots of quesitons that need answers and you'll have to find them once you read this story. By the way if I didn't say this already this book was PURE AMAZINGSAUCE!!!!! Jay Crownover is now among my favorite authors!!! She just grabs you from the beginning and doesn't let go until the end and even then I was left wanting more. Can't wait to get my hands on the first two book and to see what is next for her. I highly recommend reading this book!!!