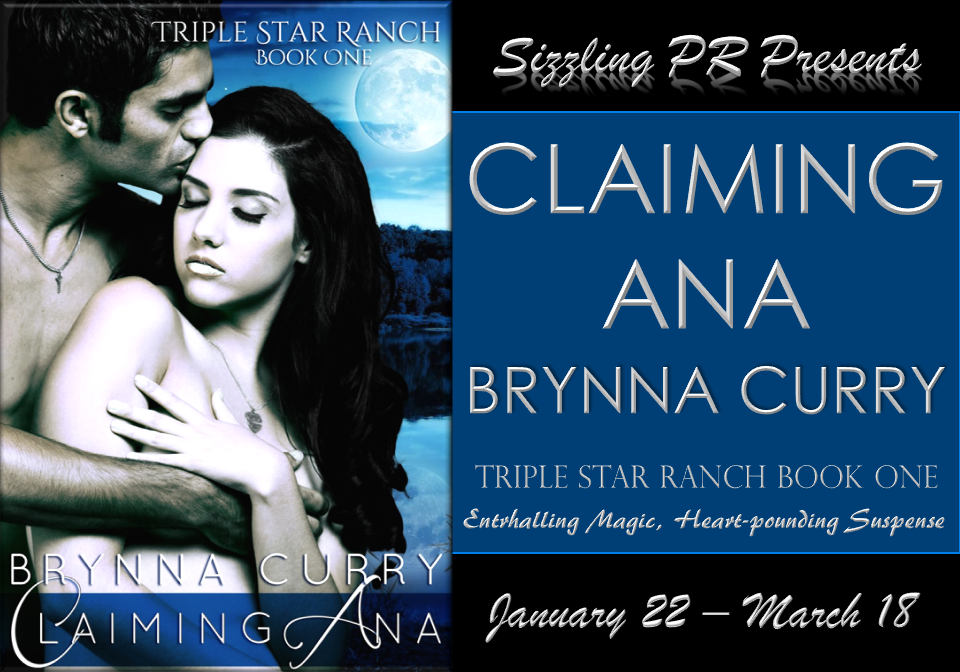 “I’ll take you, turn you, until I’m the sun that warms you, the moon that calls to you at night.” – Howl Raven

Where there's smoke, there's fire…and passion that won't be denied.

The child of a gypsy and fey, small-town veterinarian Dr. Anastasia Brannon has always hidden her magic for fear of ridicule. A red-hot encounter with the new PI in town makes their attraction impossible to deny. Throwing caution to the wind, she indulges her desires but keeps her secrets close.

A man with a shady past and secrets of his own, Howl Raven uses his feral talents and tracking skills to make a living, doing his best to lay low and hide the curse that haunts him every month. So far, so good…until an uncontrollable shift outside the full moon leaves him the victim of a werewolf hunter.


When she finds the enigmatic investigator wounded in the woods near her cabin during a storm, Ana 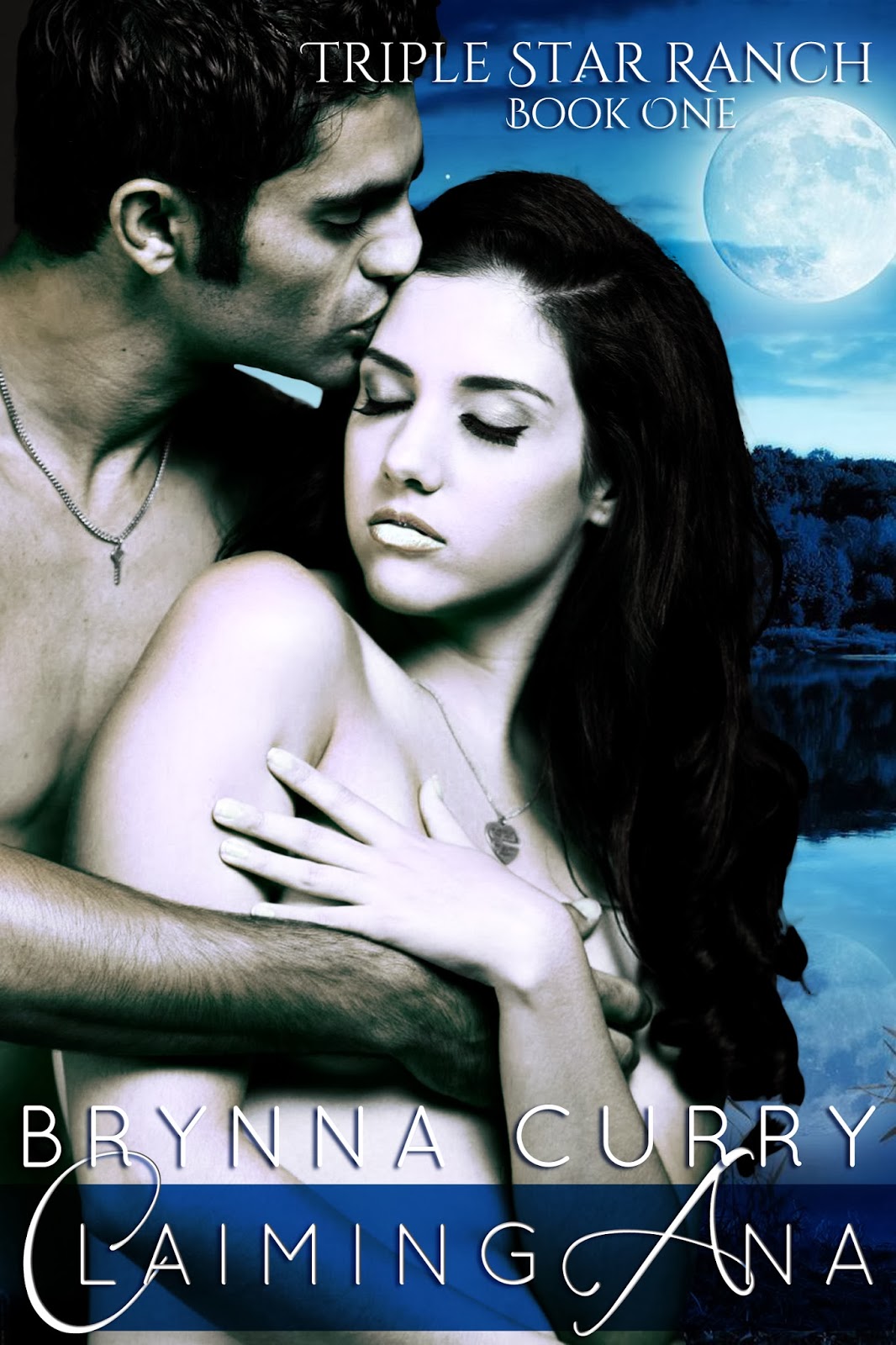 provides medical care on instinct. She may be the only one who can banish the wolf from Howl’s blood, but at what cost?

Stop thinking about sex, Ana. Control yourself.
Howl swallowed the pills with the hot coffee burning a path down his raw throat and hoped it hid his grin.
Arrgh. He probably heard that too.
“Every word. We’ll get to that, hopefully sooner rather than later.”
“You’re evading the question. So, how did you come to be bleeding in my woods not twenty feet from my doorstep?”
“My woods. I’m renting the Parker place, remember? Technically, that makes Parker’s woods, my woods,” he corrected.
She turned her back on him to retrieve something from the cabinet. Had it only been yesterday they had shared lunch in this room? She had been molten in his arms, melting into his kiss. If not for the phone call from Jace, they would have ended up in bed. Maybe on the couch. Against the wall. Now who couldn’t control their thoughts? Where had this distance come from?
“That’s not what I meant and you know it.”
“I know.” He slipped in behind her at the counter. He had questions. She had answers. Howl intended to have them and her. “Why didn’t you call for help?” Howl laughed when he felt her jump mentally. Mind reading was such a trip. He effectively caged her between the counter and his arms. He wanted to kiss her, just there where her neck curved into her shoulder. He nuzzled the spot and traced the tip of his tongue along the exposed skin of her throat.
She tilted her head to give him better access. “The storm knocked down lines everywhere. We’re running off generator power, no phone, and no cell.”
He felt her shiver as her situation started to dawn on her. They were completely alone. Nothing to stop them from acting on this all-consuming lust. No calls from Jace. No neighborly driveby visits from Cade. No work. Just walls, rooms, and plenty of doors with locks.
“I would have driven you to the hospital once the storm let up and you were stable, but you asked me not to. That, and my Jeep was totaled by a tree. Then I found this.” Ana held up the small jar containing the bullet she had removed. “And I knew I couldn’t go to Cade. He wouldn’t understand.”
Howl took the jar. Even through the glass, the metal burned his skin. He tossed it aside. It rolled across the floor into the corner smacking into the baseboard but didn’t break.
“Thank you for that, for protecting me. You know what I am, then.” This time he did kiss her just behind her right ear.
“Yes.”
“And are you afraid of me?” Need beat a rhythm through his blood. Please say no. The hard planes of his body pressed against the silk of her back.
“Should I be?”
“I won’t hurt you.”
“How do you do this to me?”
Howl felt her frustration as she instinctively arched into him.
“What do I do to you?” He flipped open the buttons of her blouse.
“Make me ache for you.”
A feral urge consumed him with her whispered words, something animal, something that couldn’t be controlled. He kissed the nape of her neck, and felt her skin vibrate beneath his lips. He heard her shudder inwardly and beg her body to behave. “Oh, no you don’t. I want you out of control. You should have told me about your magic.” He breathed the word in her ear. She melted underneath his massaging fingers.

“And you could have mentioned you howl at the moon, before I had to use that magic to save your life.”


M - Do you have a favorite character from the book?

B - Jace Murphy is my favorite Triple Star character. He is the ex-boyfriend of the heroine Ana and a major player in the remaining books. He’s my wounded hero, both literally and figuratively and I think readers will fall hard for him.

B - Right now I’m reading book six of one of my favorite series by the lovely Lily Harlem. Misconduct is a perfect name for the book and it sizzles. I have a ton of new books on my Kindle waiting to be read and I really want to add the new ‘In Death’ book by J.D. Robb to the list.

M - Playlists for books is becoming very popular….do you have a playlist with your books? And what is your favorite type of music?

B - I don’t have an online playlist but I do have playlists for every book when I am working. Each couple usually has a particular song that fits them. Howl and Ana’s song is Into the Night by Chad Kroeger/Santana. I like all sorts of music, rock, pop, disco, classical, and some country. My father introduced me to a variety of music from infanthood until he was out of the picture and I guess my respect and love for all music grew from that. My playlists are crazy. I might have AC/DC playing then it switches to Mozart, then Maroon 5 and after that Usher or Brooks and Dunn. Probably the only artist you won’t find on my playlist is Miley Cyrus (seriously what went wrong with that girl?) and Taylor Swift (I do not want to read her diary, sorry.)

M - Do you have a particular writing routine once you start a book?

B - Not really. I always have music playing through headphones to block out distractions. I write when the muse strikes rather than trying to force the words.

M - What’s the most difficult part in writing?

B - Being patient while waiting for the characters to talk. There is no rushing them.

M - What comes first for you? The story? Characters? Or setting?

M - If you weren’t a writer, what other path might you have followed?

B - I would like to have been a federal agent but life said nope, writers write.

M - What are you working on right now?

B - I am working on Tempting Taylor the first full-length book in the Triple Star Ranch series. As you might guess it is the story of Cade Murphy, Shady Creek’s Chief of Police and actress Taylor Ross. Here is where the threads of Sam Murphy’s murder pick up and run wild. It’s action packed and very hot. This couple has a history and waste no time once they know what they truly want.

M - What are your feelings toward Zombies?

B - Sorry, hating the zombies. They completely gross me out to the point unless someone is blowing them up, I can’t get into zombie stories.

This or That & Favorites

Cold Mountains or Warm Sandy Beach – Can I have the woods? I hate cold and sand.

Beer or Wine – Neither. No spirits for me. I prefer Vanilla Coke or Mountain Dew.

Vampire or Werewolf – If we’re talking Twilight then definitely werewolf, otherwise vampire. I’m actually working on a vampire series which is a spin off from Elemental Magic.

Favorite place to read? The loveseat in front of my bay window.

Brynna Curry was born south of the Mason-Dixon Line. After living all over the southern states, she finally landed in North Alabama where she lives with her husband and their three children. Growing up, books 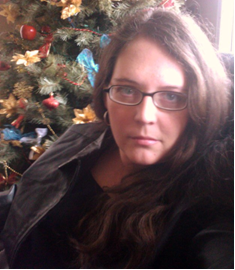 fueled her dreams and imagination, ultimately becoming her salvation during the hardest times in her life.

Writing is her passion, but she enjoys the fun of sharing those stories with others by reviewing books and working in publicity. When she isn’t writing or promoting, she’s often found haunting the library for new books to read, at the park with her children (when she can wrangle them into it) or just spending an quiet evening at home with Jackie watching old westerns on TV. Although her wizards, shifters and vampires are as real to her as anyone, she insists love is the truest magic and with it every day is another wonderful adventure.

Where to Stalk Brynna:

So I think my biggest complaint with any book is its length. I am not a fan of short stories because I thin kit's hard for authors to truly get everything into them and make it a great book. Now with that being said I have read some that I've loved and some that are amazing because they are part of a series and basically give you just enough of a taste to want more. Now with that being said I really enjoyed this book. I loved the characters and their stories and the way they came together.

I love paranormal books and to know that Ana is both fae and gypsy is pretty awesome.  But what really sold me (and will make me weak EVERY time)  are werewolves. Hook. Line. Sink. ANd of course this book had that and more and it was a great blend of everything. Ana's interactions with Jace and Cade were amazing and her interactions with Howl and even his with Jace.

One of the best things that Brynna did brilliantly was the background stories of the characters. They gave so much detail in such a short amount of time that I didn't feel like things were being left out or that something was just lost. For me this book seemed to be picking up and getting good with the storyline and WHAM it ended. Ahhhh I can say that I wasn't too happy about that, but found that this book was a great beginning to and I'm dying to see what's next for Ana and Howl. Also there's some mystery going on with Jace and Cade's dad and I can't wait for more secrets to be revealed. Another thing that Brynna did amazenly was that this was not your traditional type of werewolf male role and I LOVED IT!!!! It's aweomse to read something new or get a new take on something and that's what this book did. So make sure to get your hands on this and get lost in Howl and Ana's story.