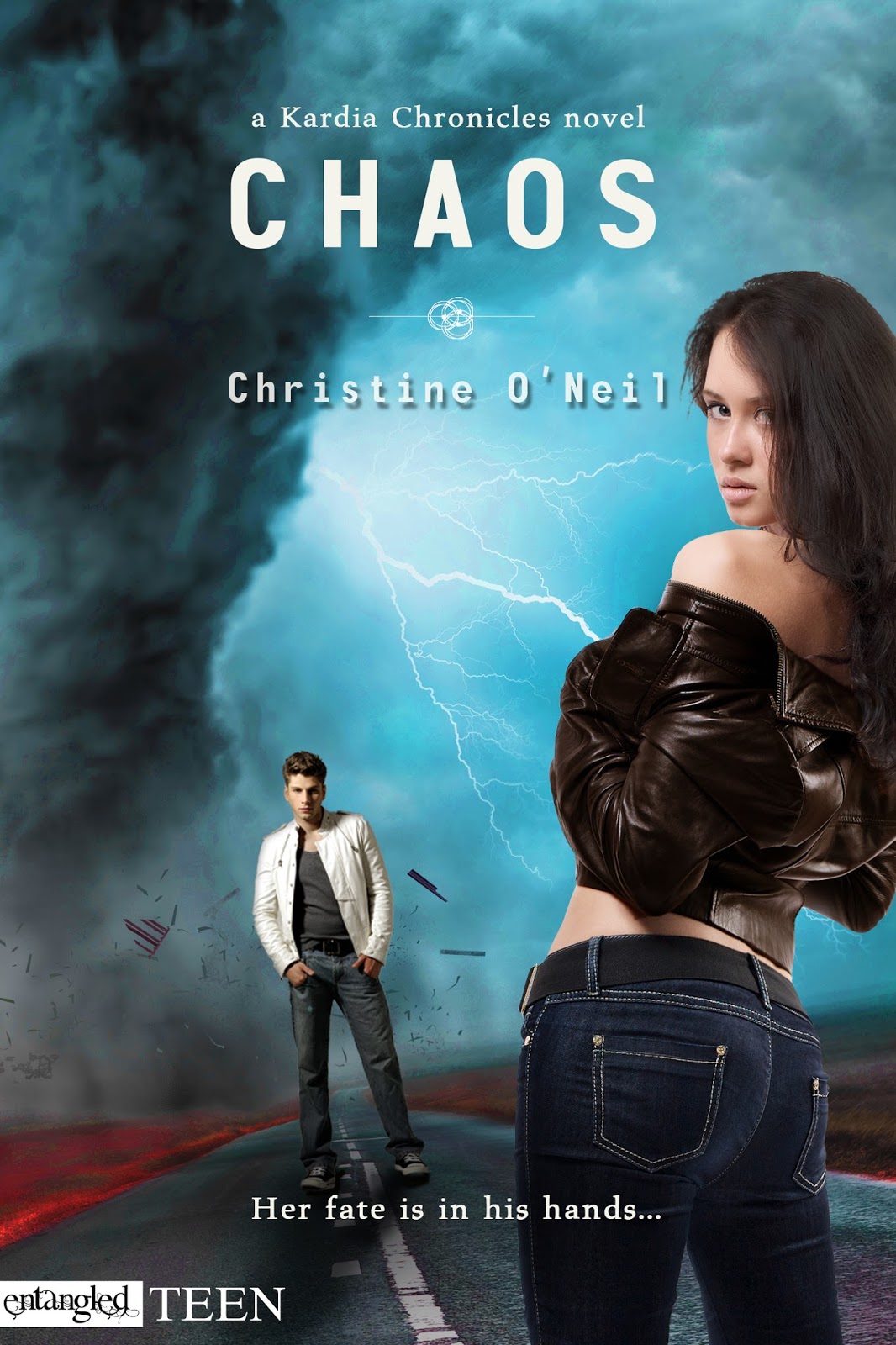 My name is Maggie Raynard. After sixteen years being just plain me, suddenly I can kill people when I lose my temper. Turns out I'm a semi-god, descended from Aphrodite. Sounds cool in theory, but when I accidentally put my ex-boyfriend in a coma, things go downhill pretty fast.

Now some new guy named Mac Finnegan has made it his mission in life to continually piss me off. I'm stuck learning how to use my new powers while also dealing with regular high school problems,
and with this--annoying and super hot--guy all of in my business, I'm about to flip out.

But it gets worse. I just learned there's this council for semis that wants me dead. They think I'm bad to the bone and when my ex suddenly dies, it's like everyone is determined to take me out. Mac might turn out to be my only salvation, but he's got secrets of his own--that may just kill us both.


Where to Buy the Book:

I was done with guys.
Not in that fake, I-say-that-but-deep-down-I-really-want-a-boyfriend kind of way, but in, like, the seriously-I'd-rather-eat-maggoty-cheese kind of way. No relationships. Not for me. Not now and maybe not ever. Who I am…what I am, and what I’m capable of? Everyone’s better off this way.
"I have to stop at my locker real quick," I said, veering to the right and cutting through the crush of kids heading straight like wildebeests to a watering hole. Libby followed and then stood by me as I fiddled with the lock.
"What's that?" She pointed to a white piece of paper sticking out half an inch from one of the slots in the olive metal door.
I tugged the padlock open and flicked the catch with my thumb. "Dunno." Maybe Bink had left me another note. Bink was my neighbor, bud, and—most days—my ride home. Last time I’d found a note in my locker, it was when his cell phone died and he needed to bail early. I seriously hoped this wasn’t a repeat performance.
I mentally ran down the list of people I could bug for a ride and came up empty. Libby always had to stay after for some activity or another, and I only really had two other people I could call "friends" and neither lived near me. I wrinkled my nose in anticipation of the dirty-sneakers-meets-day-old-bologna smell of a bus filled with kids who'd had last-period gym and opted not to change clothes. With a sigh, I pulled open the door and the white rectangle floated to the floor.
Libby bent to grab it and read it out loud. "'Dear Sad and Lonely…'" She trailed off and went quiet for a few seconds until her peachy complexion went hot pink, and then she gasped. "Oh my God. Holy… Oh, Mags, you are so not going to like this."
I snatched the paper from her, trying to ward off the growing pit in my gut.

Dear Sad and Lonely,
Since I can almost guarantee She is about to give you some seriously shite advice like she does every week, let me be the voice of reason. Your boyfriend is just like most high school guys. Cut him some slack and, even better, why not offer to learn how to play some of the games he likes? He'd probably appreciate the effort and might even take you somewhere nice after. If that doesn't work, sit him down and let him know how you're feeling so he can tell you what's going on with him. Could be that constantly calling the things he likes stupid isn't the best way to get what you want in this situation, yeah? In any case, don't let the ramblings of some bitter emo chick who's probably never had a boyfriend ruin your relationship.
Hope it helps,
He

The shock was too thick to let the anger in right away, but as stunned as I was, I knew exactly who was behind this. There was only one person in the whole school who would use the word “shite.”
Mac Finnegan.
Opinionated, annoying, hot—did I mention annoying?—Mac Finnegan, who had barely given me the time of day since he'd come to Crestwood High a couple months ago. Mac Finnegan, who thought he was soooo cool with his Irish accent and his mocking smile. Mac Finnegan, who inexplicably made me want to lick him like an ice cream cone and then immediately rinse my mouth out with acid.
How had he discovered my secret? Only Bink and Libby knew I was the girl behind “That's What She Said,” and I would have bet everything I owned that neither of them would have ratted me out.
Didn’t matter, though. One way or another, he knew. Even worse, he'd chosen to taunt me with it. Bitter emo chick who’s probably never had a boyfriend, indeed. I had a boyfriend once and it hadn’t ended well for either of us. I was in no rush to repeat the experience. Besides, what did this Irish asshat care?
Anger tightened my chest. I could feel the power rising in me, clawing to get out, roaring to be heard. The hair on my arms stood on end as I tried to breathe through it, to let the fury dissipate and flow out of my pores in harmless pings of energy, but it was no use. I pressed a hand to my locker and opened up the tiniest of escape valves, the spout of the teakettle, whistling off a stream of steam. The cheap metal instantly heated against my skin, the door buckling and warping on the spot just beneath my fingertips.
"Uh, Mags—" Libby whispered urgently, but a male voice cut her off.
"How's it going there, Libby? Maggie."
I turned around, still trying to catch my breath, and there he was, strolling by, a grin splitting his sinfully beautiful face.
Mac Finnegan, who had decided that being the new kid wasn't bad enough, so he had to actively go out of his way to make enemies. Mac Finnegan, who wanted to turn my world upside down rather than minding his own business. Mac Finnegan, who didn't know the meaning of live and let live.

Mac Finnegan, who clearly had no idea who he was fucking with. 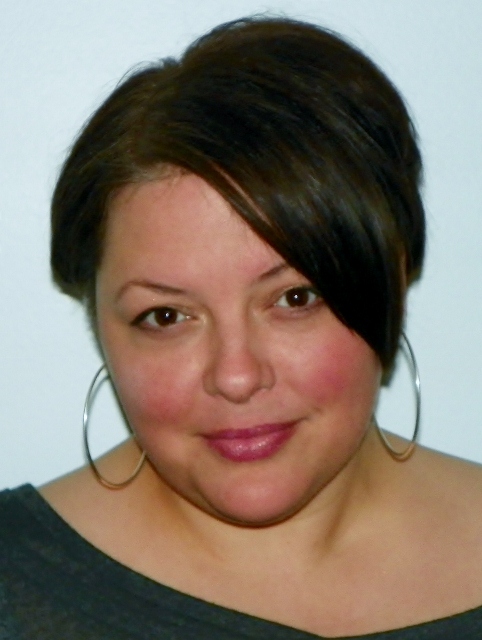 Christine O'Neil was born and raised in Connecticut, where she spent most of her childhood outdoors catching salamanders, frogs and colds. When she wasn't terrorizing Mother Nature, she was curled up under the covers with her nose in a book. As an adult, she's stopped stalking amphibians, but still loves books. When she isn't reading, she likes to spend her time people-watching. In fact, she's probably watching you RIGHT NOW O_O She's also pretty obsessed with writing YA books, but if she had to pick another profession she would be a ninja...or a Professor of the Dark Arts.

Where to Stalk Christine:

So let me start off by saying that I absolutely LOVED LOVED LOVED this book!!!! I can't wait for the next one to come out!!! Ohhh and I officially have a new book boyfriend to add to my list, making it a total of 5 book boyfriends. I know not a lot, but to be honest now every guy that I like/love from all of my readings truly captures  my heart....but ol Mac did.

Now that that's out of the way onto my review. The book starts out with Maggie writing back to someone on her column. Now when she writes this column she signs it "she" so no one, with the exception of her 2 best friends, knows who "she" is. So from the beginning the reader can see that Maggie....isn't normal. She wants to be normal, but unfortunately she recently learned that she is a semi-god, a descendant of the Goddess Aphrodite. When I first learned this I was super stoked for her. I love Greek mythology....pretty much every aspect of it. But seriously how cool would it be to be a descendant from the gods? Pretty cool! Anyways I love the little twist that Christine put on with Aphrodite, I know I wasn't expecting that and it made it all the more interesting. I hope that in the series to come we learn a helluva lot more about the other gods. But the reason that Maggie's wishes for normalcy is that she is having trouble controlling her powers. And it also seems that someone besides her family and best friend know her secret....

Mac Finnegan.
Opinionated, annoying, hot-did I mention annoying?-Mac Finnegan, who had barely given me the time of day since he'd come to Crestwood High. Mac Finnegan, who thought he was oooo cool with his Irish accent and his mocking smile. Mac Finnegan, who inexplicably made me want to lick him like an ice cream cone and then immediately rinse my mouth out with acid.

Such an amazing introduction into all that is Mac. But anyways Mac seems to make it a point to go out of his way to annoy Maggie to no end. And I mean like EXTREME no end. As the story progresses we learn a little more about the Irish sexiness Mac and why he's really in Crestwood. We also get some amazing scenes between him and Maggie. We learn about Maggie's history as well as Mac's. There are quite a few plot twists and turns and things that I didn't see coming, but then other times my guy feeling was kicking in. Toward the end of the book I was SHOCKED and Rooting for my main man Mac. And I"m not very suspicious of some characters that come into play at the end. Things just don't add up and I'm very curious to see how the story ends up.

And once I finished the book.....it just wasn't enough. I needed more. I needed to know if Maggie would ever get a handle on her powers. What will happen with Mac? Will something ever happen between Mac and Maggie? What does being a decedent of Aphrodite really  mean? Can things change? Ahhhh so many questions that need to be answered. All I can see is that this book was AMAZING and I can only image the world that Christine is going to create with this series.