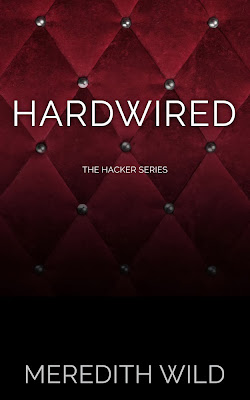 Determined to overcome a difficult past, Erica Hathaway learns early on to make it on her own. Days after her college graduation, she finds herself face to face with a panel of investors who will make or break her fledgling startup. The only thing she didn’t prepare for was going weak in the knees over an arrogant and gorgeous investor who seems determined to derail her presentation.

Billionaire and rumored hacker Blake Landon has already made his fortune in software, and he’s used to getting what he wants. Captivated by Erica’s drive and unassuming beauty, he’s wanted nothing more than to possess her since she stepped into his boardroom. Determined to win her over, he breaks down her defenses and fights for her trust, even if it means sacrificing a level of control he’s grown accustomed to.

But when Blake uncovers a dark secret from Erica’s past, he threatens not just her trust, but the life she’s fought so hard to create. 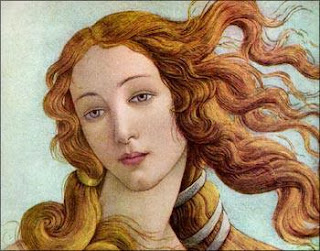 Meredith Wild picked up her first romance novel at the tender age of twelve, and shortly after put pen to word processor and made her first attempt at writing a love story inspired by those she so enjoyed reading well past her bedtime.

Her dream of writing took a back seat to college, parenthood and eventually entrepreneurship, which led her into the fast-paced and male-dominated high tech industry.  With enough life experience for a few lifetimes, she now devotes her hours to writing contemporary adult romance, with a hint of kink.
Her debut novel Hardwired tells the story of billionaire bad boy, Blake Landon, and the object of his obsession, strong-willed tech startup CEO, Erica Hathaway. Hardwired will be the first of the Hardwired Series, while writing is underway for the second installment, Hardpressed.

When she isn’t writing or mothering, Meredith can be found sunbathing with an adult beverage.

Where to Stalk Meredith:

First off let me say how brilliant Meredith Wild is!!! The first book into this series was nothing short of AMAZING!!!!! I was hooked from the very first run in. So most of this book is about Erica and and the start up of her business. She has just graduated from Harvard and her "stand in mother" Marie is taking her out for dinner. Sadly Erica's mother died when she was 12 and she never knew who her father was and her step dad pretty much shipped her off. But on her way out the door she runs into an amazingly sexy man and sparks fly instantly. But more on that later.

So while she was at Harvard Eric and a few friends started an online business called Clozpin. She is seeking out funding from some investors and has to present a presentation....something that isn't her strong suite. So she prepares to give her presentation and they have to wait for one more guy to show up. Late of course. And then finally who strolls through the door...none other than the amazingly sexy man from the night before. Otherwise known as Blake Landon. Only in the daylight he's not as sexy. During her presentation he asks "different" questions and pretty much does everything possible to rial Erica up. Then when the decision time comes all of them men turn her down...all but Max. So once the "meeting" is over and Max says that he will be in touch with Erica next thing we known Blake is asking Erica out for coffee. Really? After the crap you pulled in the meeting and then turned her down? Really? I mean I kind of saw it coming....it's probably not ethical to invest in someone/company when you want to get somewhat involved with them...but still.

As the book progresses Blake seems to pop up a lot in Erica's life and when she and her best friend and marketing director, Alli, head to Las Vegas for some promotions who should be there.....none other than Blake. With Blake is his brother Heath. Alli and Heath hit it off right away and like Erica I have my reservations about the quick and seriousness of this relationship. But anyways Blake pretty much does everything he can to get a date with Erica and spend more time with her and when she finally gives in to a date one thing leads to another and you know what they say about what happens in Vegas.....

So you catch my drift. Anyways when back home in Boston, Blake seems to infiltrate every aspect of Erica's life because she won't give him the time of day. So when an apartment opens up and she accepts it....guess who lives above her??? Ohhh yeah that's right Blake. heheh Anyways so these two have an.....umm...well it's sort of a relationship, but sort of not. It's complicated. Anyways they get to know each other better and a lot of things come out and explain a lot of why Erica is the way she is. Erica has had a difficult journey to get to the point she is at today. And during her freshman year at college something terrible happened and it comes back to bite her in the ass. Well sort of because Blake is there to the rescue. I think that's my favorite trait about him is how protective he is of Erica.

Erica meets a lot of interesting people in this book...in the name of business. She meets a woman named Sophia, who is known to the Landon family. I have one word for her....COW!!!!! Well actually, I have a whole string of words for her, but my favorite of those is cow. And when Erica meets said cow....I'm kinda pissed at Alli. Anyways another interesting character is Isaac. And let me say again YEY Blake. And that men are dumb and prone to dumb things and YEY Blake. lol

And then I'm just trudging along in this book...completely in love with Blake and his protectiveness with Erica and wanting to truly help her and her company. Ohhh and his jealousy is pretty funny too. But there are several plot twists and turns and shockers and OMG. And let me tell you the three that happened toward the end of this book....I sooooo didn't see coming. Especially, when pasts collide with the present....with both Blake and Erica's lives. AND I NEED THE NEXT BOOK!!!!!!!! I need to know what happens. Uggg...tooo  many unanswered questions. But I highly highly highly recommend this book. Once you pick it up you won't be able to put it down. So make sure to click on one of the buy links!!!