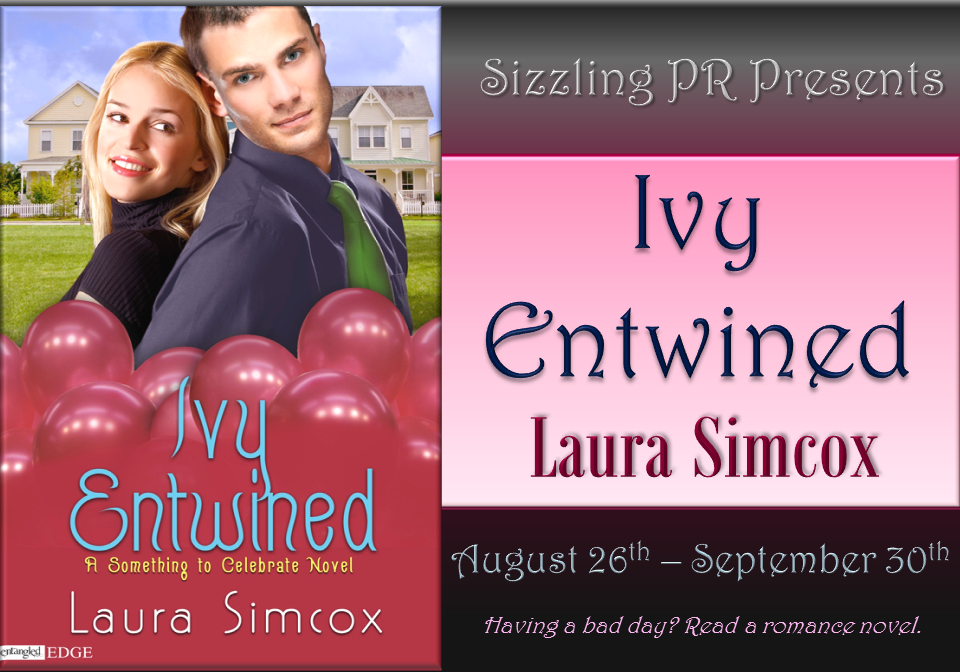 When Ivy Callahan returns to her hometown as mayor, she doesn’t expect much to have changed. But now her ex-fiancé is the town planner, the biggest business is closed, and the only store interested in Celebration, NY is a Megamart. On top of it all, the liaison for the big, bad, box store is Marcus Weaver, her childhood crush. And he’s still as dangerously delectable as ever.

Marcus unwillingly spent his teens in Celebration with his vindictive, drunken uncle. As far as Marcus is concerned, the town’s only use is to cement his rise up the corporate ladder. He needs that Megamart opened, and Ivy is his ticket. But the sexy, stubborn mayor could also be his downfall.

As the unemployed townspeople put on the pressure, Ivy needs to do something. With a fresh downtown-renewal project in the works, Ivy could stop Marcus and his Megamart before they kill the town’s spirit. But with sparks flying between Ivy and Marcus, they each need to decide what’s more important: their careers or their hearts.

“Did I scare you?” he asked.
“Ya think?” Ivy straightened her gray pencil skirt with nervous fingers.
He crossed his arms. “I have no idea what you’re thinking.”
Good, because it’s X-rated. “I’m going to rent this house, so I need to go shopping.” 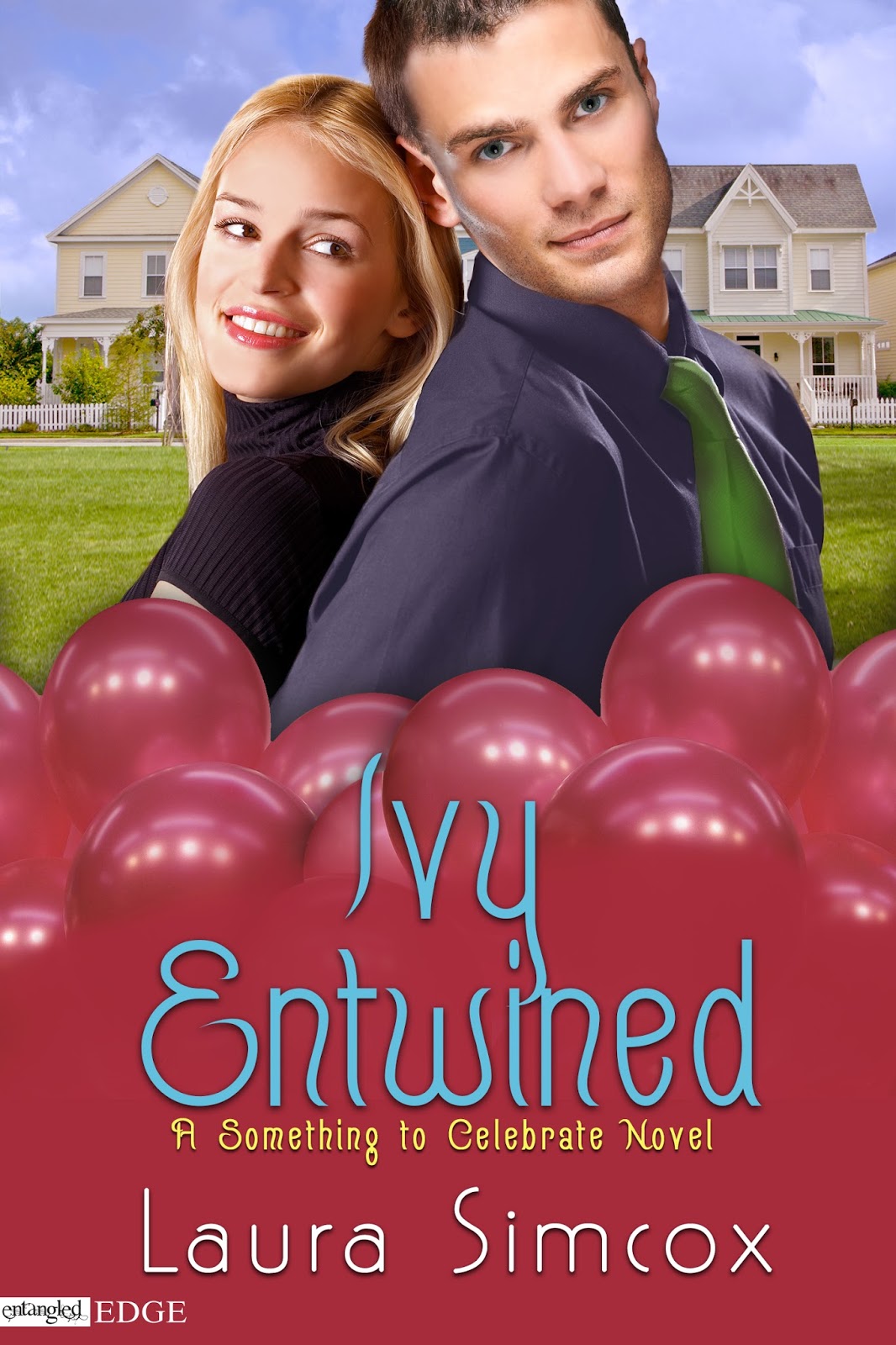 “Again?” He laughed. “I followed you around holding bags of stuff for hours yesterday.”
“I need to shop for furniture. Unless you want to picture me sleeping on a bare floor using my coat as a blankie, I suggest we get moving. And let’s use the back door.”
Marcus frowned. “Why?” The doorbell rang.
Shit. Perfect timing.
Leaning against the kitchen doorway, Marcus put his tongue to a corner of his mouth, grinning.
“Oh, I’m not leaving now,” he murmured.
Ivy felt panic rising, but all she could do was stare at his sculpted lips. And that tongue. He swiped it across his lips.
“Uh…” she began.
Marcus looked toward the ceiling as if deep in thought. “Who could be at the door, Ivy?”
She crossed her arms and shot him a dagger-filled look. He knew exactly who was out there. “Hmmm, what a mystery.”
The doorbell rang again, and Ivy shuddered. She just wanted Preston to go away.
“Sure you want this house? Looks like you just saw a ghost,” Marcus commented.
Ivy’s shoulders slumped. Fuck it. “I saw my ex-fiancé. Out the window. And I really don’t want to deal with him.”
Marcus raised his eyebrows and laughed. “Ex-fiancé? I didn’t know about that. Who is he?” He pushed away from the kitchen door and walked the few short steps into the living room. He paused by the front door and reached for the deadbolt.
“Shall I open it, or do you want to do the honors?”
Panic spread through Ivy’s stomach, and she sprinted toward him as fast as she could. Ouch. Her brand-new heels were cute but also the spawn of the devil. Wiggling her toes, she slammed a hand against the door and shifted her weight from one foot to the other.
“Don’t,” she spat out. “Why are you being such a dick?”
He laughed. “Wow. Nobody’s called me that since the tenth grade.”
“I find that hard to believe, actually.” She lifted her chin. “Since you obviously feel entitled to do whatever the hell you want without thinking of anyone else. Well, it won’t fly with me, so watch it.”
All traces of humor left Marcus’s eyes, and he bent down until his forehead almost touched hers. His breath fanned across her face as he said in a deadly quiet voice, “Get this straight. I don’t need anyone’s advice. Least of all from a woman like you.”
“What do you mean, like me?”
Marcus reached out and splayed a hand on her side and gently squeezed her rib cage. His fingers brushed the side of her breast. He brought his other hand to her chin and lifted it.
“A woman like you,” he repeated, “who is so distracting, I can’t think straight,” he breathed against her lips.
Uh-oh. Bad idea, Ivy. Step back.


She froze. One tiny movement and their mouths would be fused together. She bit her nails into the smooth fabric of his dress shirt and waited.

After spending twenty years in professional theater as a costume designer, with a few of those years also spent as a college instructor, Laura abandoned the nomadic lifestyle to sit in a comfy pleather office chair at a beat up ginormous second hand oak desk and write. The result? Romance novels! Her favorite thing ever since she was, oh, about twelve. She writes contemporary, light novels and enjoys creating quirky characters and funny dialogue. Still, the love story is the focus and Laura has a huge soft spot for a sappy, happy ending. She lives in North Carolina with her husband (true love is real!) and her adorable, high energy four year old son who is currently obsessed with pirates. When not playing mamma pirate, she loves hearing from readers and you can find your favorite way to say hi via the social media buttons on her website: www.laurasimcox.com


Where to Stalk Laura:

a Rafflecopter giveaway
Posted by Meagan at 10:01 AM