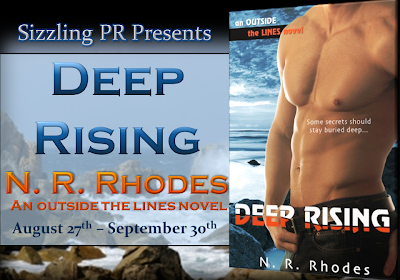 
In his nine-year stint with the CIA, Jared Caldwell thought he’d seen it all. But when his latest mission instructs him to apprehend a beautiful scientist who’s allegedly linked to a devastating new form of warfare, he isn’t prepared for the prospect of battling man-made tsunamis—or the misplaced feelings he harbors for his number one suspect.

The irony of being accused of crimes her research was intended to prevent isn’t lost on Svetlana Orskya. She also didn’t expect her wish for a strong, sexy man to sweep in and change her life to come true—especially not when he appears, gun in hand, pointed at her.

But time is running out and Jared and Lana must work together to protect the mainland. As the heat between them—and the threat of mass destruction—rises there is more at stake than just their hearts.

An Interview with Lana Orskya of Deep Rising:

After a mad-man bent on destruction uses Lana's research to ignite catastrophes, she finds herself with a babysitter...of the hunky, dangerous kind. She's determined to rpove her innocent to Jared and esacpe with her heart intact.

I am an idiot.

And it’s getting worse.

I’m attracted to him and I don’t know how to turn it off. There’s something about his smile— that sexy curve of his lips that I rarely see. Something about the slow, Southern drawl that occasionally filters into his speech. And there’s no way to ignore the strength in his arms and chest, or how his broad shoulders dwarf me. I’ve told myself to be strong. I mean, come on, falling for the guy holding me hostage!?! No, I’m not crazy. No, it isn’t some jacked up Stockholm Syndrome or psychosis. I can’t deny the severity of the circumstances, and, um, no, there isn’t any debating the extreme levels of stress, but it isn’t quite as crazy as it seems.

I’m a scientist. I study stratovolcanoes. For my grad studies and doctorate, I studied a whole plethora of geological sites around the globe. Yeah, that had been one of my aspirations as a young, dumb kid—to see the whole world. Well, I’ve seen more than most. Let me tell you, it isn’t pretty. Well, the geological sites are. The volcanoes and mountains and landscapes. It’s like seeing God’s own hand upon this vast and vastly different earth. But there’s a downside. There are vulnerable places around the world. Spots where just the right explosion could detonate a major catastrophe. Natural disasters happen all the time. No rhyme. No reason. No divine purpose. Those don’t concern me. Hell, that’s just life. But there are other anomalies, ones where man can intervene—for better or worse.

Well, I’d made it a point to outline places that were vulnerable. My goal was to keep the bad guys away. Hellooo, backfired plan. Instead, I’d laid out a roadmap. A veritable, oh, here’s a stratovolcano with an unstable flank, and, oh, if you were to trigger a landslide here—bam! No, not like some N’awlins cooking king. Bam, like, an eighty wall of water coursing across an ocean to decimate an entire continent.

On top of the problematic situation of being the person to outline scenarios—and some sick SOB taking my research and making my predictions into reality—I’ve been saddled with a CIA operative. No problem there, I suppose. He’s doing his job. I get that. He’s working to prevent a major catastrophe.

Problem is, he thinks I’m in league with terrorists and wants to, oh, well, kill me.

Me, well, half the time, I just want to kiss him.

And how whacked out is that?

Don’t judge. Well, try not to. Heck, if I was you, I’d form an opinion too. But here’s the thing. I’m innocent. Seriously. And Jared, he’s just doing his job. I know he could be worse. Just the intimation that I’m linked to a terrorist could inspire him to torture or punish me at will. But he doesn’t. He keeps me safe. I think he hates me. At other times, when he looks at me, it’s like he’s undressing me with his eyes . . .

And I want him to undress me. I want it more than I should admit.


I have to thank my publicist on this, Brynna Curry -YOU ARE AMAZING!


Lana glanced down at the negative edge sink with its sleek silver fixtures. The water swirled around the shallow marble basin before disappearing over the side. Like the water, she felt her sense of control spiraling down the drain.
“I wish it was otherwise, but you need to come with me, Lana.”
She met his eyes in the reflection of the mirror.
“I’m the bait.”
He nodded.
The acknowledgment shouldn’t have pierced her with such brutal precision, but it did, slashing through her sense of worth, diminishing her to a rook in this twisted chess game. “You get me into position. I distract Sergei. Then you apprehend him. Is that the plan?” 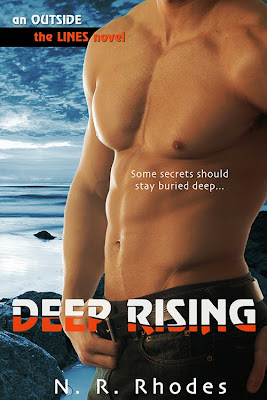 He released a heavy breath. “If you’re in league with him, it’ll draw him to me. If you aren’t, yes, it will provide a valuable diversion. Either way we’ll neutralize him.”
“Neutralize?”
Reaching around her, he turned off the faucet. With a gentle hand, he guided her to face him directly. “There’s something you need to know.”
Reluctantly, she met his eyes.
“I’m here to remove the threat,” he said.
“I see.”
He elected to be honest with her, she reminded herself. He could lie about the entire situation.
He put his hand on her shoulder in a gesture intended to be reassuring. It fell far short of its mark. She slapped his hand away. “Save your commiseration. It isn’t sincere. You’re asking me to lure my brother to certain death!”
“I’m sorry.”
Lana spun around and stared into the mirror again. Seeing him, seeing herself reflected in his cold, clear eyes, she thought of the millions and millions of people whose lives were at stake and suddenly any lingering emotion she felt for Sergei dissipated. She understood. Either her brother was innocent and this was all for naught or he was a legitimate threat and they needed to apprehend him. All or nothing.
“I’ll do what I have to,” she said.
“To help this mission or save your brother?”
“Truthfully, any person who’d use my work to harm millions of innocent people doesn’t deserve to live.”
“He killed twelve hundred people already, Lana.”
“I know. . .” And I feel responsible.
“The weight goes away,” he said as if reading her mind
“When?”
“When you set it right.”
The time had come, Lana realized, to do just that. 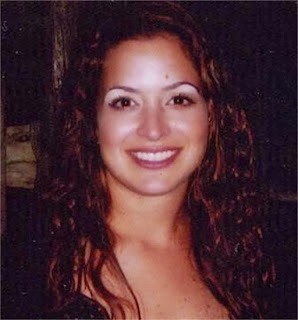 N. R. Rhodes has worn many hats. She has accumulated degrees in biology, psychology and behavioral neuroscience. A Mensa member and former high school science teacher, she made her way into publishing in a roundabout way and was named Agent of the Year in 2012. It took her a while to figure out what she wanted to do when she "grew up." But books are the perfect fit. As a literary agent, she makes authors dreams come true--and, with Deep Rising, she decided to indulge in one of her own.

Dividing her time between New Jersey and Florida, she and her incredibly supportive husband enjoy traveling, family and friends. Her stepson Christian is one of her greatest joys.

Where to Stalk N.R. Rhodes:


a Rafflecopter giveaway
Posted by Meagan at 7:00 AM