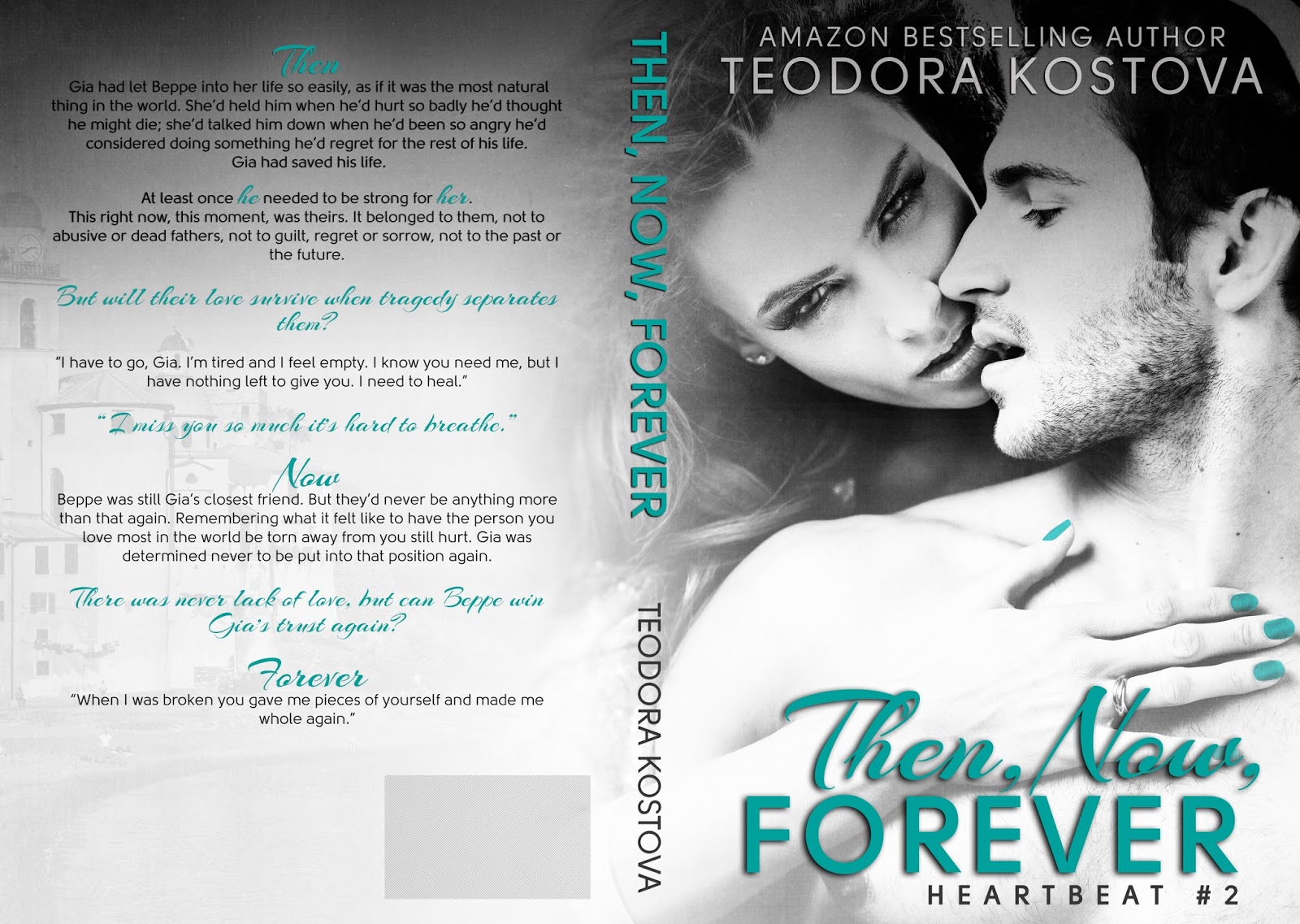 Teodora lives in London with her husband Ted and her son Jason. She's been writing ever since she can remember, but it became her full time job in 2010 when she decided that everything else she's tried bored 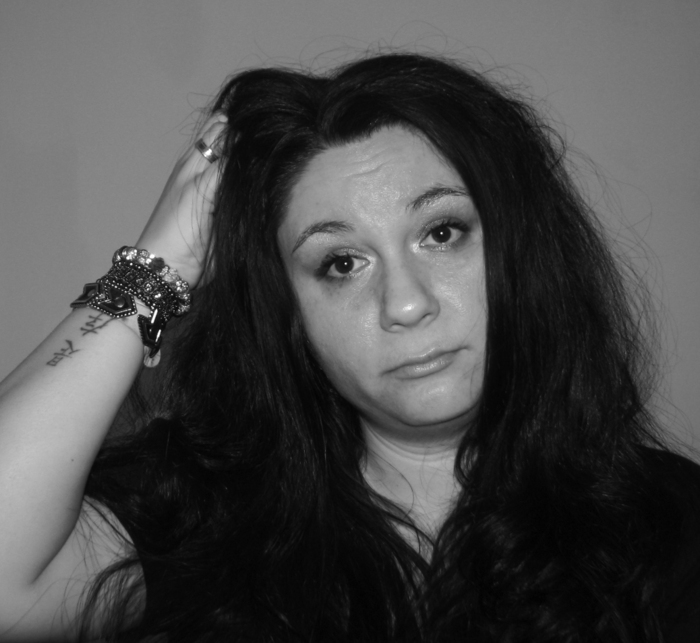 her to death and she had to do what she's always wanted to do, but never had the guts to fully embrace it. She's been a journalist, an editor, a personal assistant and an interior designer among other things, but as soon as the novelty of the new, exciting job wears off, she always goes back to writing. Being twitching, impatient, loud and hasty are not qualities that helps a writer, because she has to sit alone, preferably still, and write for most of the day, but she absolutely loves it. It's the only time that she's truly at peace and the only thing she can do for more than ten minutes at a time - her son has a bigger attention span than she does.

When she's procrastinating, she likes to go to the gym, cook Italian meals (and eat them), read, listen to rock music, watch indie movies and True Blood re-runs. Or, in the worst case scenario, get beaten at every Wii game by a five year old.

Where to Stalk Teodora:

Gia had let Beppe into her life so easily, as if it was the most natural thing in the world. She'd held him when he'd hurt so badly he'd thought he might die; she'd talked him down when he'd been so angry he'd considered doing something he'd regret for the rest of his life.

Gia had saved his life. 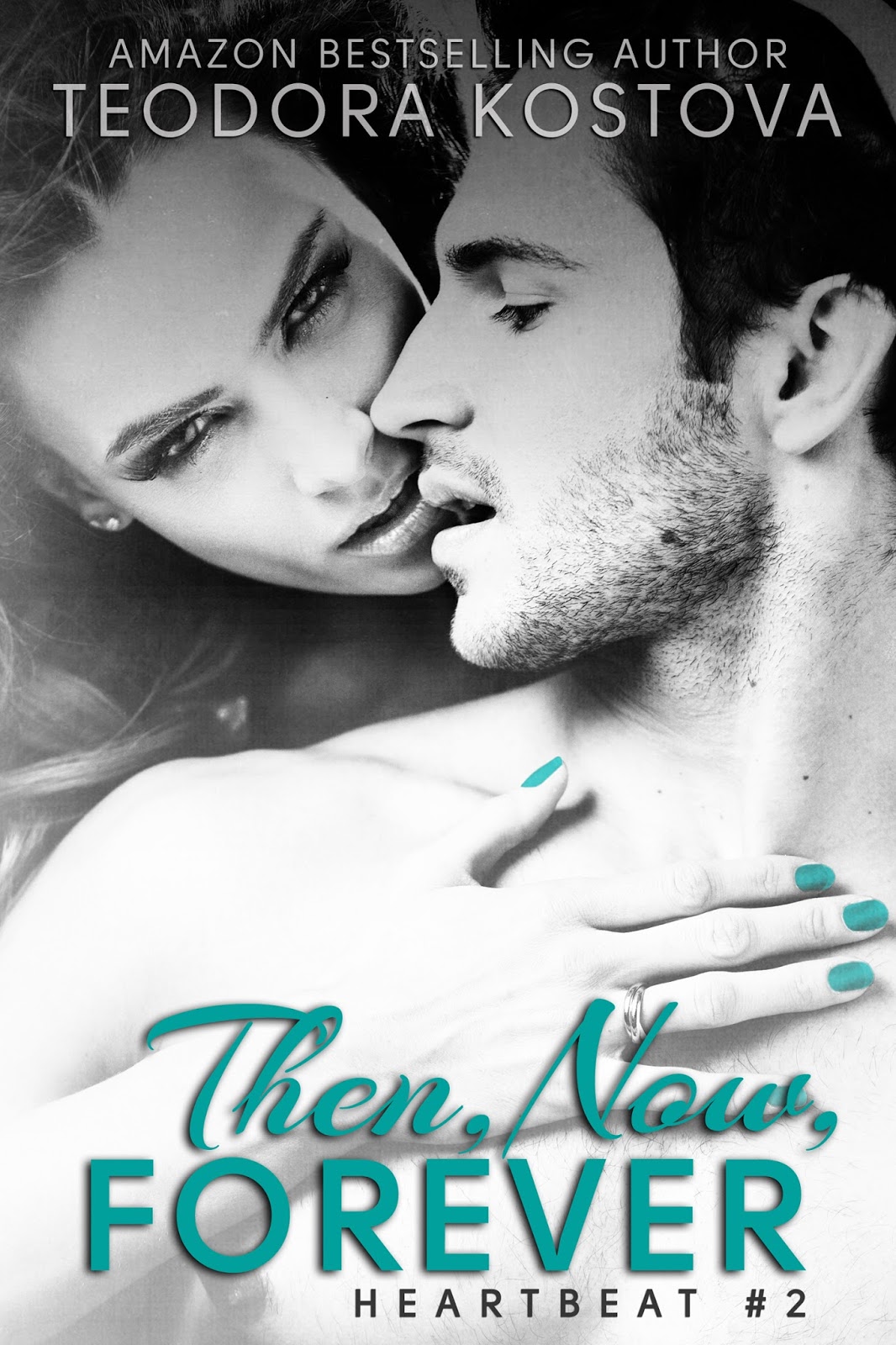 At least once he needed to be strong for her.

This right now, this moment, was theirs. It belonged to them, not to abusive or dead fathers, not to guilt, regret or sorrow, not to the past of the future.

But will their love survive when tragedy separates them?

"I have to go, Gia. I'm tired and I feel empty. I know you need me, but I have nothing left to give you. I need to heal."

"I miss you so much it's hard to breathe."

Beppe was still Gia's closest friend. But they'd never be anything more than that again. Remembering what it felt like to have the person you love most in the world be torn away from you still hurt. Gia was determined never to be put into that position again.

There was never lack of love, but can Beppe win Gia's trust again?

"When I was broken you gave me pieces of yourself and made me whole again."


***Now even though this is the second book in the series, the books can be viewed as stand alone reads.***


Blurb for In A Heartbeat (Heartbeat #1):

"I've been in and out of hospitals for the past ten months. I've had half my liver removed and even though this time the doctors are very optimistic that they've removed all of the tumors, they can't be sure. In another three months they want me here again for a check up. Right now I feel better than I've ever felt. I know the damn thing is gone, at least for the moment. Despite that, I can't make any plans for the future, not yet. I need to go somewhere where nobody knows me, where I can relax and maybe even forget about all this. Where I can meet people who don't think of me as the girl who lost her father and her brother in a car accident, and who has cancer. I want to have fun, even if it's for a couple of months."

When Stella decides to visit her estranged cousin Lisa in Genoa, she has no idea Italy will give her a new reason to live. 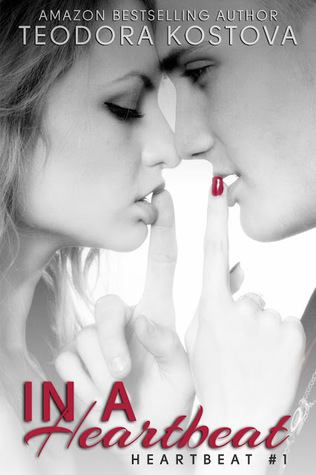 "Her gaze locked on a scene so beautiful, the picturesque beach paled in comparison. A lifeguard emerged from the water, his orange trunks stuck to his legs and water dripping all over him. He shook his head to get rid of some of the water in his hair and Stella felt as if everything started developing in slow motion -tiny drops of water slid from his neck down his broad chest and muscular arms, along a weaving tattoo on his right shoulder, and continued downwards towards his chest and washboard stomach, finally getting lost in the waistband of his trunks. A part of another tattoo peeked over his trunks on his left hip, the other part hidden under them. It was a total Baywatch moment."

Their love is epic. But there are too many things keeping them apart.

"How could you keep this from me, Lisa? If you had told me the first day I met him, I would have avoided him like the plague. Nothing would have happened between us."

"I kept your secrets, too, Stella."

Are Max and Stella strong enough to fight not only for their love, but for their lives?

Amazon UK ~ Amazon US ~ Smashwords
Posted by Meagan at 9:00 AM