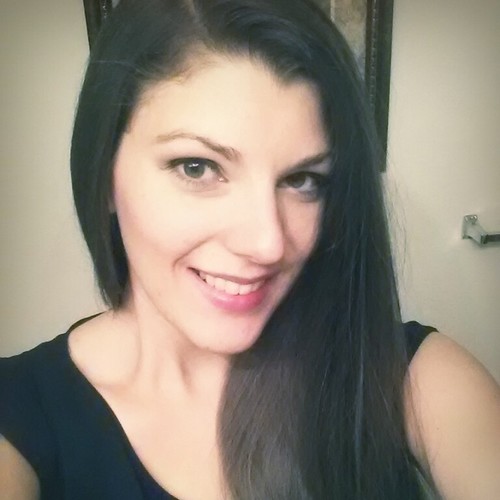 Cindy Ray Hale lives in Murfreesboro, Tennessee with her husband and four children. In addition to being a writer, she's an avid reader and social media junkie. She starts her morning by writing with a freshly-blended berry spinach smoothie next to her. She's obsessed with Les Misérables, playing the piano, and stalking up-and-coming musicians on YouTube. When she's not writing, she's singing. Like the characters in her book, she sang in the elite choir in high school. She went on to join the choir in college. She's a member of her church choir today and belts her favorite songs while she folds laundry and does dishes. Her kids could tell all about it.

Her Destiny books are very near to her heart because they were heavily influenced by her own life. She's Mormon and attended a Baptist school for seven years where she faced the same intolerance Destiny faces in the series. Several scenes from the story were written word-for-word from her own life experiences. While her life hasn't been completely miserable, she's still seen her fair share of trials. Her motto is: "When times get tough, throw your head back and laugh." Destiny is her first novel and is Book One of the Destiny Trilogy.


Where to Stalk Cindy:

Destiny Clark, a young Mormon girl living in Tennessee, is wildly infatuated with Isaac Robinson, the headmaster's son at her Baptist high school. When they're cast together in the school's production of Les 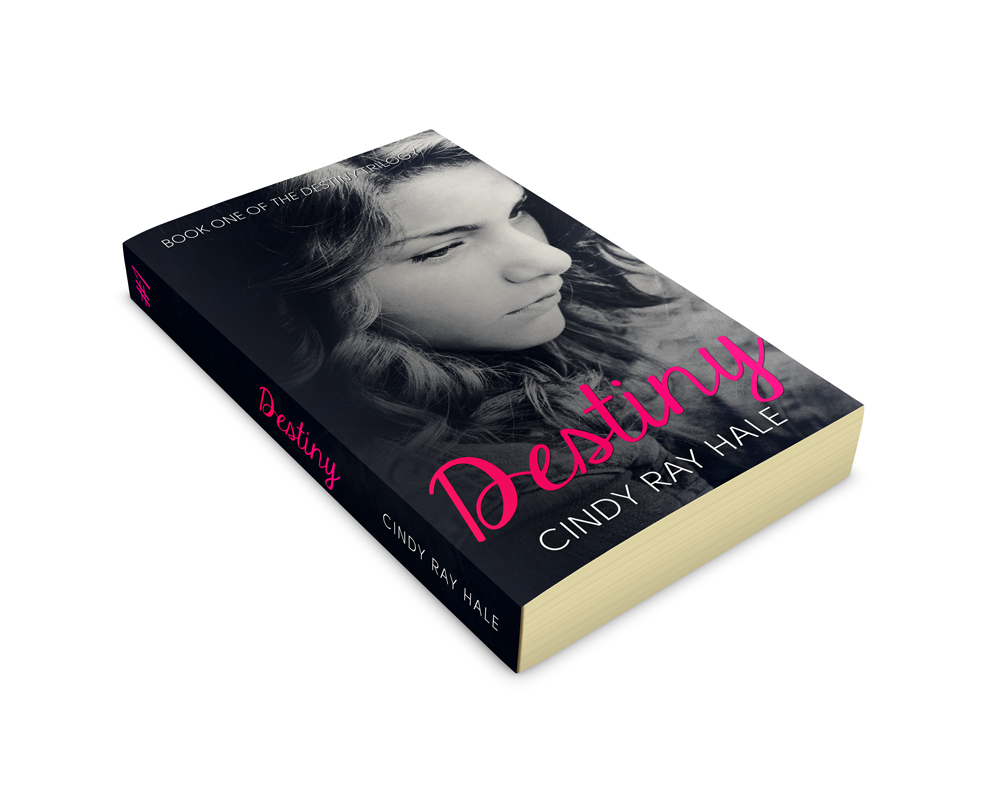 Misérables, Destiny is horrified to find that she has to be publicly humiliated by acting out her true feelings of rejection onstage.

As their rehearsals begin, Destiny realizes the unimaginable: Isaac has developed deep feelings for her despite their religious differences and the fact that he has a girlfriend. But will they be able to find their place amongst the backbiters of their ultra-conservative world?

Weaving around Destiny and Isaac's alternating viewpoints, Destiny is the first book in a series inspired by the characters of Les Misérables and explores heartbreak, self-discovery, intolerance, and love.


****Destiny will be available for purchase November 2013 on Amazon, Barnes and Noble, Smashwords, and Kobo. It will also be released as a paperback and an ebook.

The title of the next book in the Destiny Trilogy is Synchrony and will be available for purchase next year.****


“This is my favorite place to come when I need to think,” I said. The remaining light was orange as it filtered through the autumn foliage onto the hammock below.

“It’s very peaceful,” Isaac said. “I can see why you like it.” He scrutinized me, his facial muscles fighting to find the appropriate expression. Confusion, worry…interest? Each battled for control of his features. “It must be really hard for you and your family, being the only Mormons at a school full of Baptists.”

I blinked in surprise. I really wasn’t expecting this kind of sympathy from the headmaster’s son. I imagined that Dr. Robinson had been filling his mind with lies about Mormons since he was a small boy—especially after our family converted. There was a lot of anti-Mormon talk going around during that time, and Dr. Robinson wasn’t the only person educating the congregation on what he thought we believed. Mormons weren’t the only ones spoken against either. I’d heard similar words regarding Catholics, Muslims, Wiccans, Seventh-Day Adventists, and Jehovah’s Witnesses.

“I’m surprised that you even care,” I whispered. 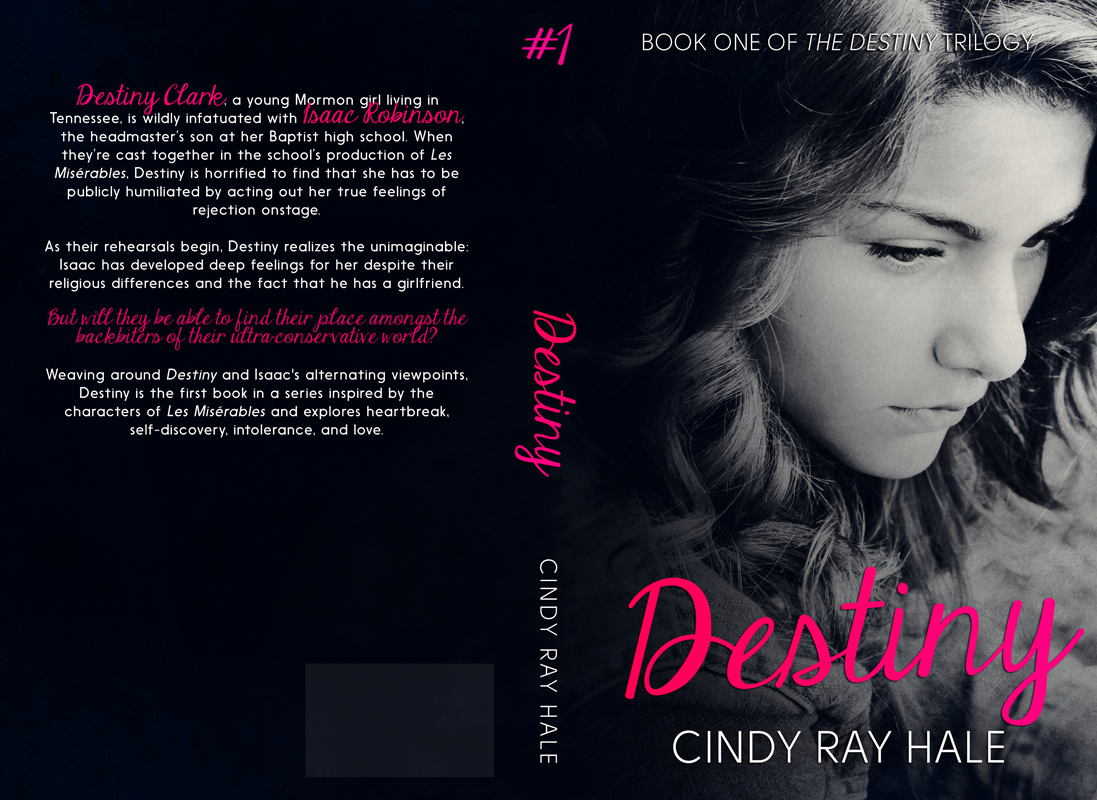 “I know it may seem that way because of how my dad doesn’t agree with your church, but I don’t necessarily feel the same way. The more he tries to convince me that there’s something wrong with you, the more I want to learn about what you believe.”

I blinked in surprise. These were the last words I’d ever expected to hear coming from Isaac’s lips. “I—I don’t know what to say.”

He smiled, eyes softening as they traveled across my face. “You know,” he whispered as he reached a hand up and tucked a strand of hair behind my ear, “even covered in mud, sticks, and dust, you are absolutely breathtaking.” I needed to tell him to stop, that this wasn’t right, but I stood immobile.

“I haven’t stopped thinking about you since our practice. When you sang with me, I felt so connected to you. I’ve hardly been able to sleep.”

We stood face-to-face. His chocolate eyes so warm, my heart beating so fast it was about to explode. How many times had I hoped for this moment? I never in a million years had imagined that such words would come out of Isaac’s mouth. That perfectly beautiful mouth. This was unreal, beyond my wildest daydreams. It was so hard to fight the desire to be with him. All my most unreachable dreams were suddenly, so unbelievably, about to come true.

a Rafflecopter giveaway
Posted by Meagan at 9:00 AM