Okay so we have a few things on this tour stop today. A little about the author and where you can stalk her at. A little blurb about this book, that makes me want to read and re-read this story all over again. Where you can of course buy this awesome book (I very highly recommend you buy this book). An excerpt from the story (please be aware there is a little language in this book). My review and an awesome giveaway with some awesome prizes. Happy reading and thanks for stopping by!!! :) 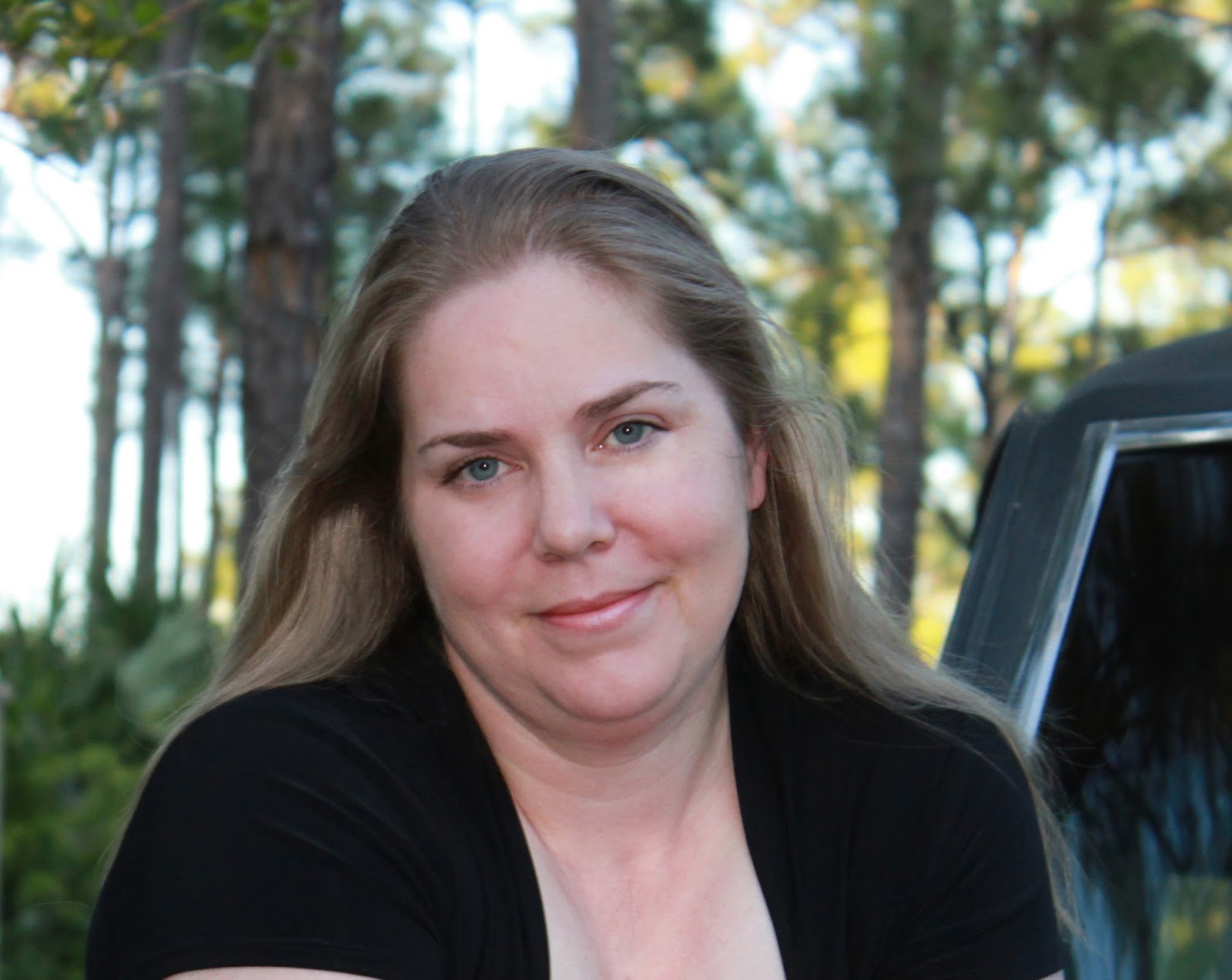 Tina spends her days writing and creating fantasy worlds until she’s forced back into reality where she pretends to be “normal.” When not writing, she’s a full-time cub scout/camping/gymnastic/PS3 mom for her son and daughter and a devoted wife to her leading man, the love of her life-husband. She’s addicted to writing, romance novels, zombie movies, and coffee with caramel macchiato creamer. She fully believes in karma and pours her heart into everything she does.  She loves life and embraces every moment of it.

Where to Stalk Tina: 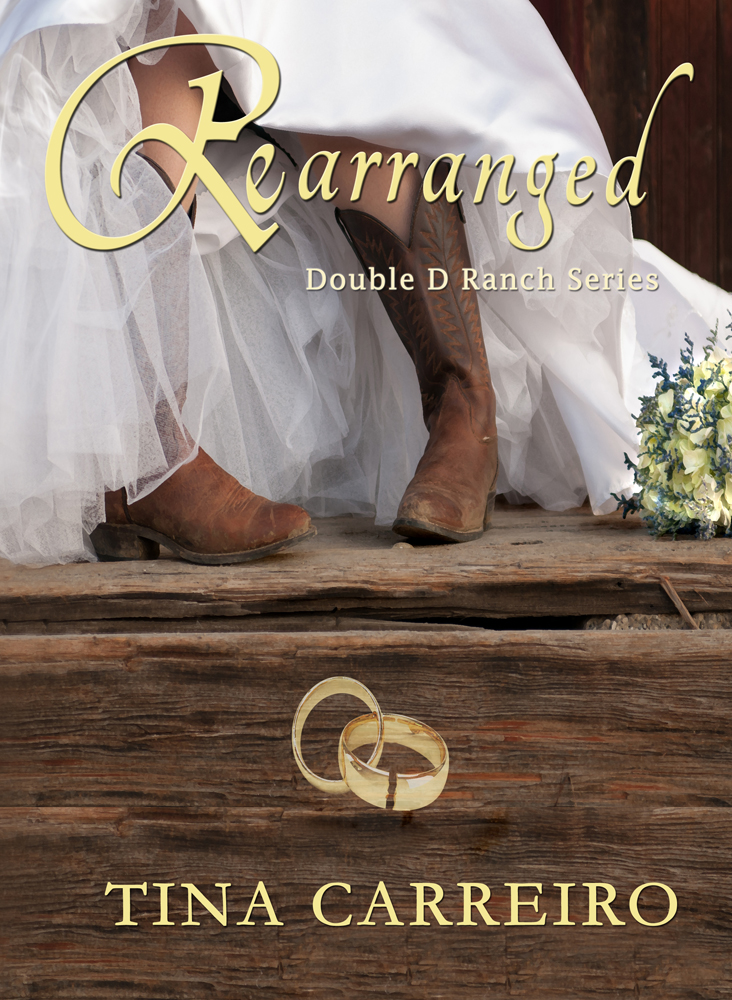 Carly West is good at taking care of herself—she’s been doing it since her mama died. She can even make marrying a man she didn’t choose work. But when gorgeous ranch foreman, Wade Dawson struts into her life, everything changes. Her life starts to unravel, lies are uncovered, and the only comfort she finds is in the arms of a stranger.

Wade Dawson has one thing on his mind, to fulfill his brother’s responsibilities and get the hell out of this small town. But he soon finds out he wasn’t only hired to watch the ranch, but to see that the farmer’s daughter makes it down the aisle. It’s the first job he isn’t sure he can follow through with. But if he doesn’t, his brother’s reputation and freedom is at stake.

Bound by obligation to marry another man…

Bound by blood to save his brother…

Will one night destroy it all?


“Fast I can do. It’s soft and slow I’m goin’ to have a problem with.”
“What’s the difference?”
“Different meanin’ for different people, mine’s personal.” He placed his palms against the wall by her ears.
“I don’t understand.”
He leaned his forehead against hers. “Fuck… you’re killin’ me, darlin’.” His fingers skimmed across her cheekbone and disappeared into her hair. “Do you remember what I said about kissin’?” His hazel eyes trapped hers.
“It can be dangerous?”
“Yes. And slow… slow is very dangerous.” He leaned forward, brushed his lips across hers, and all the air left her lungs. Something strange started in the depths of her stomach, and her skin flushed. Her nipples tightened, growing to the point of pain as they rubbed against the cotton fabric of her bra.
His eyes flicked toward them, a deep grunt sounded from his chest, and his hand tightened in her hair. He held her with a firm grip and leaned his forehead back against hers. “Reach down, and undo my jeans.”
She was trapped. Even if she wanted to retreat, there was nowhere for her to go. He’d invaded her space. Intense eyes stared right into hers as if he was demanding her deepest secrets with one hand buried inside her hair and the other curled around her neck. A rock hard, well-defined stomach pressed against her belly. The skin-on-skin contact ignited a slow burn that was sure to grow into a wildfire any minute. If she weren’t leaning against the wall, she’d collapse.

Okay when I know everyone says the South is a little "different" meaning that some of the deeper parts still hold onto old traditions and values and such. However, I never got such an image as I did with this book. All I kept thinking to myself the entire time is OMG what time frame are we in??? Ohhh we are in the present and this girl is 24....ohhh HELL NO!!!! I wanted Carly to drop out of her very pleasing personality and just deck the crap out of people for manhandling her....even the women (stupid cows).

So the story starts out with Wade on his way through Georgia to help out with something his brother was supposed to do, since currently his broth is indisposed. As soon as he pulls up a man comes out in a huff and Wade asks him if he’s the foreman? The man stated that he was but he was leaving and when Wade asked him for any advice he tells him, “Get a bar of soap for her mouth, a paddle for her ass, and ice for your balls.” WOW that advice speaks volumes and makes me happy that his time is going to be ruff because that just makes for awesome tension and romantic reads. Here is an example, on day 2 of being on the farm, “Mornin’, Miss Scarlett.” “Fuck off.” Girl has got some fire and spirit in her.

Wade and Carly meet and it is an interesting meeting to say the least and the best thing about it is that from now on he calls Carly, Miss Scarlett and makes several references to having to do work on Tara. Now I loved the movie Gone With The Wind (probably one of my favorites), however, Carly does not take too kindly to the name. And at this point now she can’t get the tall dark cowboy out of her mind.

Oh and her father is a piece of work. That man needs some sense knocked into him and I’d be more than happy to do the job. Horrid horrid man. There are a lot of not so nice words that fly out of my mouth when I read about this man ….I remind myself of a sailor talking….that’s how much I can’t stand this man. Him and his backass thoughts and old ways. Not only can Carly not drink, dance, laugh, have fun, speak her mind, have an opinion, needs to be scene and not heard, ohhh and marry a man she doesn’t even like, but Wade is there to “babysit” Carly to make sure she doesn’t run and goes down the aisle. REALLY????? Yeah I’m not a huge out there feminist kind of person or anything but OMG girl is freaking 24 she can do what she wants.

Sooo have I mentioned how much I love Wade. Like really love the whole cowboy, green eyes, manners, working on the farm being all hawt and sexy and yummie. And some of the crap in his past is terrible especially when it came to his love life. And I’d beat up anyone who would try to hurt him again, although home boy can take care of himself, which is amazingly hawt too!!! Wade has almost everything that would be my perfect dream guy. Even his manners and appreciation for women in public as well as the appreciation for them in the bedroom and his dominating presence.

Sorry got side tracked by the man that is Wade. Back to the book, so Carly and Wade have a few more encounters and some good and some bad and some we have yet to see what comes of those. But we finally meet Chet. Carly’s fiancé. As much as I can’t stand Carly’s father, I HATE with a passion effing Chet. Freaking tool bag. I get the creeps when Chet is anywhere near in the story and when you hear him talk to Carly and manhandle her I want to beat the crap out of him. No man should EVER touch a woman the way he does and not only that he wants to marry her. He actually loves her and has for a very long time, even though Carly doesn’t and hasn’t returned those feelings ever. And he never wants to kiss her, until they are married because he’s going to show her some kind of lesson…I guess. I don’t know, I don’t think I’d keep down the bile that would rise if that man ever tried to kiss me.

Again Carly and Wade get to know each other a little better and we along with Wade get a better sense of just how innocent Carly is and Wade is super sweet. I love him and I love him and I love them together. She just needs to forget about douche rocket Chet and run away with Wade. In my mind that’s how I see it. But sadly no. But now Wade can’t keep his mind off the farmer’s daughter….ahhhh side note, I love that song and I feel it fits them kind of perfect….well sorta. So these two share something so personal that they’ve never really shared with anyone else and it makes their “bond” even deeper with one another.

Eventually, Carly starts to “man up” and begin to make some of her own choices. While she is still going to marry Chet (gag) she doesn’t want him to be her first. So her and Wade get amazingsauceness of hawt and romantic sex. Even when it wasn’t planned their chemistry just made it amazing. And then there are the sexy lines that Wade gives her and when he says them you just combust on the spot. My personal favorite, “And I’d lick you until the neighbors knew my name.” Ahhhh really? I need me one of them kind of men right there.

However, my little happiness reading about the sexiness that is Wade gets cut a little short. The wedding is here and Wade gives it one more chance to try and get Carly to come away with him. But for reasons unknown to him she says no and Wade leaves. My heart was breaking at this point, because Carly has an obligation to marry Chet (again gag).  And apparently the whole town is kind of out of it and according to Wade, “This down was one banjo short of Deliverance weird.”

So aside from the love-war affair going on with Wade and Carly, Wade has an interesting relationship with his brother Levi. I absolutely love Levi, I love his sneakiness and trickery and protectiveness and his love for his brother. He loves bounty hunting and apparently is good at it. His target Lawrence Sullivan. Does he end up finding him? You'll have to read to find out. But the relationship between these brothers is deep and explains a lot about their childhood and I just love Levi's humor. I'm  hoping for a story for him.

But the question becomes will Carly go through with the wedding? What does Chet (gag) have in store for her? Will she run away to be with Wade? Will she do something else with her life? Poor Wade, what will he do? He torments himself and pushes on, but I want to see him happy. There is a big plot twist in this book that I sooooo didn't see coming and I found myself hoping for some HUGE ass kicking and I just truly enjoyed and loved every minute of this book!!!

a Rafflecopter giveaway
Posted by Meagan at 9:30 AM