During the biggest football game of his life, Ford Walsh makes a split second decision that will change his life. 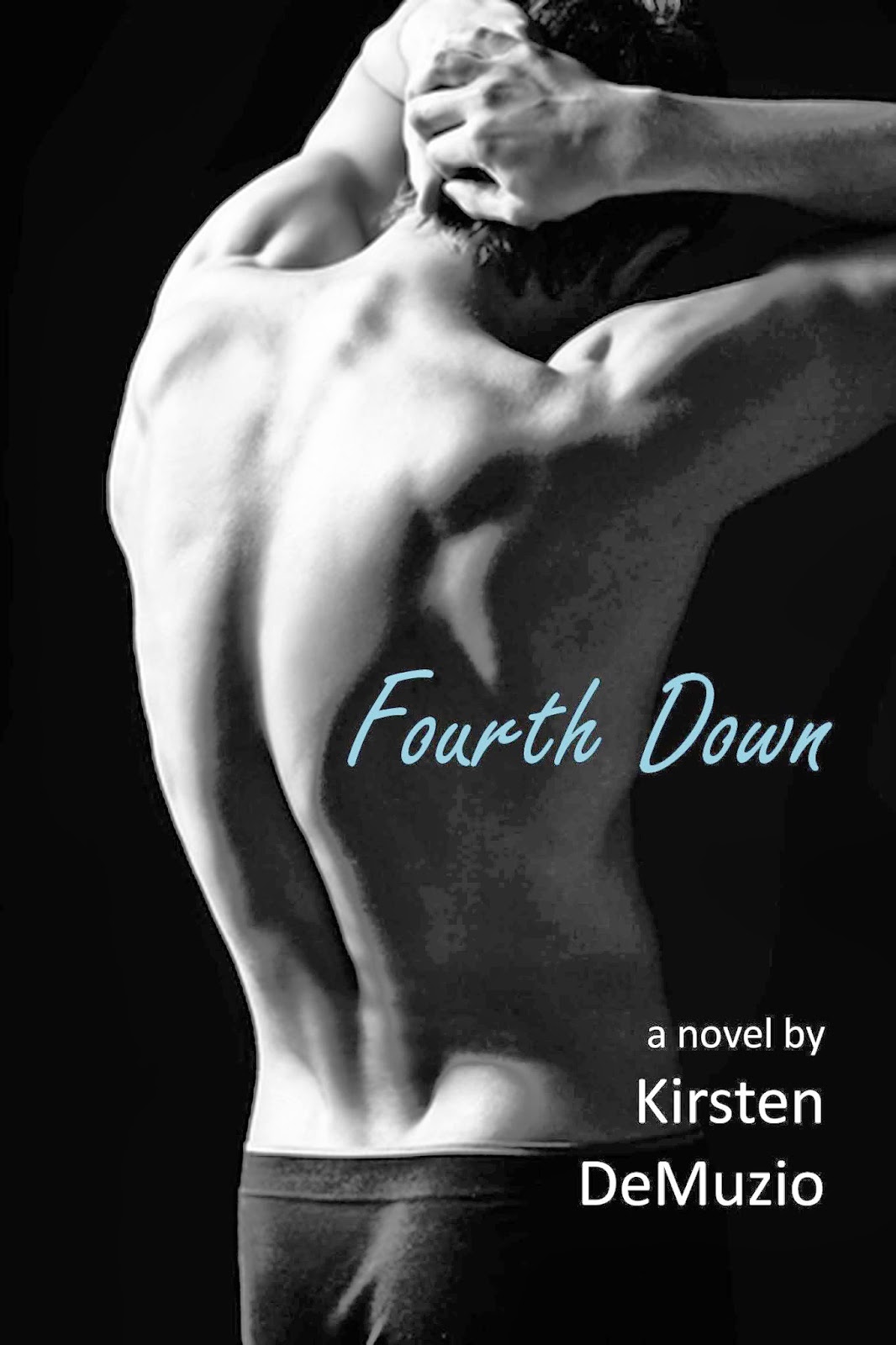 For the worse. Three years later, Ford is still stuck in that moment - when his leg was broken and his dreams along with it. Not able to move on, Ford trudges through his life, each day more depressing than the last.

Poppy Mitchell has dreams of being a doctor, and she will work night and day to get there. Sweet, focused, and hard working, Poppy forges ahead when obstacles get in her way. When circumstances bring them together, Ford and Poppy develop an unlikely friendship. As they grow closer, Ford is faced with another fourth down decision. Will he go after his old dreams when given the chance? Will Poppy sacrifice her dreams for his? Or will she let him go?


**This book is recommended for a mature audience, age 18 and older, due to language and explicit content.**

Ahhhhhhhhh this book was AMAZING!!!!!!!!!!!!!!!!!!! I cannot say enough good things about this book and author. First off...let me say that as a native to Columbus, Ohio I know exactly what was meant when it's game day for OSU football and the roads and life are dead. People are either at the stadium or some where watching the game. And people would probably rather bleed out than seek medical attention when it comes to watching our Buckeyes!!! But I'm getting ahead of myself.

Ford was the star quarterback at LSU and in a split second decision his life changed forever. Now three years into the future Ford's life is difficult. He can no longer play football, his mother's cancer is back and he works as a bartender to help pay the bills. Then one day a girl walks into his bar and her friends orders two beers and when he pretty much yells at her that he won't serve her because she is under age it's really awkward. But not as awkward as the next day when the girl comes to the house as the home health aid for this mother. Ford is ready to immediately get rid of Poppy, but his mother has other ideas. The first two weeks Ford is TERRIBLE and pretty much mean and rude to Poppy.

Poppy is Poppy. I love her. She is the most selfless, giving and caring character I've met in a long time. She tends to work with terminally ill patients to help them and their families accept what is to come. Eventually, Ford's mother has a talk with him and when she tells him how disappointed with him he goes to apologize not only to Poppy, but his friends as well. Along with this Poppy and Ford decide to try and be friends......yeah like that's going to work. But as Poppy spends more time with Ford he begins to change. He begins to stop being so bitter and angry and smiles and also coming to terms with the way life is going.

As Ford and Poppy become even closer she wants more from him and while he kisses her, he rejects her at the same time. And good for her she tells him where to stick it until he can man up. And then when something tragic happens it shoves Ford and Poppy even closer. To a point that they spend a lot of time together and together and yeah. It gets pretty steamy. And I ate up every moment of it. But knew that a HUGE decision was in the near future and I wasn't sure what the choice was going to be. Poppy is in New York studying to get into med school and Ford is finally getting back to life and is offered a job he really can't refuse. Ford is offered and assistance coaching football job and it's the next best thing next to being in the NFL. The problem with this is he has to choose between Poppy and football. She can't up and leave and he wants  her to come, but he wants to follow his dream. What will he choose? Will he give up his dreams? Will Poppy give up hers? Will they somehow make it work? Or will they be miserable and separate? This book has everything you could want; happiness, sadness, laughter, drama, tears, hawtness, and love (everywhere you look). Kirsten wrote this book amazingly and I cannot give her and this book enough praise. Make sure you go grab your copy and get lost in Ford and Poppy's story and see when its the fourth quarter and Ford has a but one moment to make a decision what he will choose.

Incinerate
Posted by Meagan at 6:30 AM