Trapped in a toxic marriage, Kim meets her sexy soul-mate on the beach. 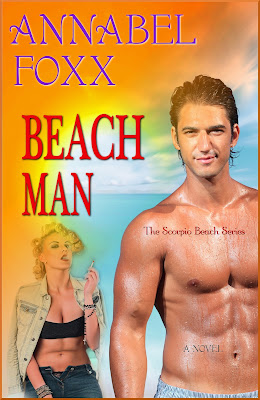 Kim is a former dancer, who feels trapped in a loveless marriage to a jealous wealthy older man. He blames her for crippling him in an auto accident that he himself caused. They live in a gorgeous beach house in the town of Scorpio Beach, an up-and-coming beach town on Long Island.

Kim strives to make the marriage work, despite her husband’s blame, verbal abuse and bitterness.

During a heat wave, Kim meets a wickedly handsome man on the beach. She fights not to want him, not to want a new life and not to fall in love. But Derek is seductive and irresistible—a former soldier who recently comes to town to start a landscaping business. Kim falls hard for him, and he becomes addicted to her.

Although Kim wants a divorce, her husband finds out about their affair, and devises a plot to destroy them both. They must struggle to survive a web of lies, deceit and dangerous passion.*

*(Due to adult themes and sexual content, this book is recommended for mature readers.)

As Derek held the second mug to his lips, he saw her.  Kim.  She entered from the back outside patio and sashayed toward the Ladies Room.  She passed the crowded bar but didn’t see Derek.  Derek’s eyes locked on her and Anita followed his eyes.
The bathroom was occupied, so Kim stood waiting, glancing about.  That’s when she saw Derek and she stiffened in surprise.
Derek smiled and winked.
Kim lowered her eyes for a moment as if in thought.  A moment later, while Derek was still watching, she turned her shining eyes on him and gave him a coy smile.  She wore red Keds sneakers, deep red lipstick, tight shorts and a yellow clinging T-shirt.  Her hair was neatly rolled up and pinned, revealing that perfect dancer’s neck.  Men at the bar turned and whispered lusty wishes.
After Kim disappeared into the Ladies Room, Natalie hurried by and deposited Anita’s and Derek’s lunches.  Anita dove in, famished, while Derek sat silently waiting for Kim.  She emerged a few minutes later, and drifted over to Derek’s table.  She paused, ignoring Derek, her full focus on Anita.
“Hi, Anita.  It’s good to see you again.”
Kim felt Derek’s eyes moving up and down her body.  She allowed her smoldering eyes to drift toward him.
“Hello, Derek.”
He nodded.  “Are you here with a friend?” Derek asked.
Kim’s eyes lingered on his lips.  “Not a friend… my husband.  He seldom goes out, but he’d heard about this place and wanted to give it a try.”
“How does he like it?”
“Fine… He ordered the fish and chips, just like Anita.”
Derek stared at the shiny luster of her hair, and he fought an irrational impulse to reach for her hand and pull her down into his lap.
“Well, got to go,” Kim said.  “My husband’s waiting.  Good to see you both.”
After she’d gone, Derek ate quietly.  Anita studied him.


“You’re distracted by her.  I’ve never seen that in you.  Be careful, Derek.  Very careful.” 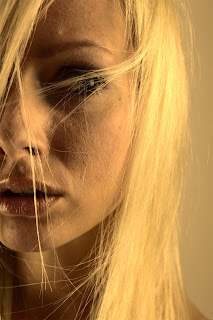 I love to read and write novels.  I'm also a loner, who loves to drink copious amounts of coffee--and I won't turn down a good bourbon if it's offered by a handsome man... or indeed, by any kind and generous man.​

I'm a Scorpio, and I love the beach.  I have a background in graphic design and creative writing.  My mother kept diaries and wrote short stories about Christmas, old lovers and travel.

Reading on the beach is one of the great delights of life.  Sun, sea and sand.  Ahhh... and then I pick up a book and dive into a story.   I love everything gold: golden tans, golden hair, golden sunsets and golden earrings.

My husband, Dane, is a diver and sun worshiper.