Re-belle-ious, free-spirited Lauren Renwick has decided it’s time to trade her wings for roots. That 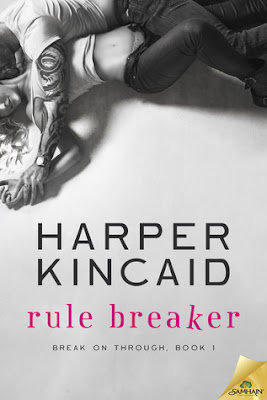 means no more bad boys, no more foolish choices. Yet when she’s stood up on New Year’s Eve, her resolution to stick to her Mama’s Rules for Dating weakens. Especially when she spots sex-in-leather-and-tattoos, Jackson Sullivan.

Lauren tries to convince herself he’s just one last fling to get bad boys out of her system, yet she finds herself falling hard and fast for a man with a stalker ex and a meddling Irish family. Plus, he has zero chance of passing her uptight parents’ inspection.

Jackson has Lauren’s back, but if she wants all of his heart, she’ll have to meet him halfway—by ditching rules that hold her prisoner, and learning to stand up for what she really wants.

A woman with the heart of a revolutionary,
The mind of a pragmatist,
And the inappropriate humor of your tipsy BFF...

Born in California and raised in South Florida, I've moved around like a gypsy with a bounty on my head ever since. Along the way, I've worked as a community organizer, a professional matchmaker, an art teacher, a popular blogger, and a crisis counselor (to name a few). All the while, longing to have the guts and follow-through to do what I really wanted: to write and become a published author. That wish has finally come true and I am tickled pink with glitter over this good piece of fortune.

What else? Hmm...I love indie, lo-fi, complaint rock played on vinyl, wearing black because it's slimming, the theater, well-informed optimism, happy endings (both kinds),and making those close to me laugh 'til they snort. I'm a self-admitted change junkie, loving new experiences and places, but have now happily settled in the cutest lil' town, Vienna, Virginia. I totally love hearing from readers so stalk me via social media or email me at HarperKincaid26@gmail.com! 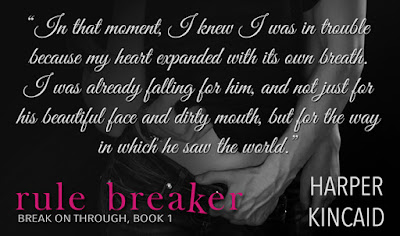 Okay so first this book was a pretty short and quick read, something you could read within a weekend. I enjoyed this read, but I really wish there was a little more substance to it. I really wanted to get to know the characters better on an individual level as well as their togetherness level. I feel like a lot happened in such a short time. This book kept the reader interested to see how the story of Lauren and Jackson would play out.

The little gist of this story is that Lauren....poor Lauren....has pretty much been doing everything wrong in the dating world. Now the funny thing is that she is only 27 or 28 and her family would make you think she is like 80 years old never going to find a man....or if we were back in the 1800's and you had to be married off by like 16. But Lauren just can't seem to find the right guy and on New Year's Eve she gets dumped by her boyfriend of 6 months. Ouch. Probably second worst holiday to get dumped on....next to Christmas. So what does she decide to do? Wear this ungodly provocative dress and go to a biker bar. Because hey what kind of trouble could you get in there. Anyways she ends up meeting.....running into....catching the eye and other body parts of Jackson Sullivan.

Jackson is a very interesting character. He is your typical alpha dominate male, and yet at the same time he has a super soft and caring side to him. I really like his character for the most part. The only thing I didn't really care for is how demanding/dominant he was from the beginning, before Lauren and Jackson really got to know each other. I mean OMG he could have been a serial killer or something. Not really, but he was a little over the top sometimes.

This story follows Lauren and Jackson's time together. It give you the sexy steamy side of these two as well as some drama and very heavily involved families. For me that was probably the best part of the book because it was like reading about my family. Loud involved Irish/Catholic families with a cross of overbearing parents and ohh yeah that's my family.

Overall, this was a pretty good book. It was a quick read, but it was light and fast reading and just a nice quick get-a-way book to read. I would definitely recommend this book for a nice weekend read.