Okay so for my first post I chose a book that, yes I know came out back in 2011, but I just came across this series and fell in love with it. Who wants to talk about Death and him being tall dark and sexy....please raise your hands......or just keep reading….. 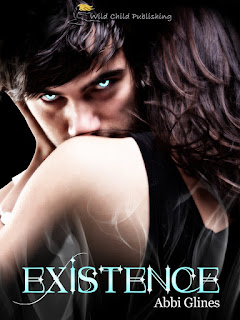 What happens when you're stalked by Death? You fall in love with him, of course.

Pagan Moore doesn't cheat Death, but instead, falls in love with him.

Seventeen year old Pagan Moore has seen souls her entire life. Once she realized the strangers she often saw walking through walls were not visible to anyone else, she started ignoring them. If she didn't let them know she could see them, then they left her alone. Until she stepped out of her car the first day of school and saw an incredibly sexy guy lounging on a picnic table, watching her with an amused smirk on his face. Problem is, she knows he's dead.

Not only does he not go away when she ignores him, but he does something none of the others have ever done. He speaks. Pagan is fascinated by the soul. What she doesn't realize is that her appointed time to die is drawing near and the wickedly beautiful soul she is falling in love with is not a soul at all.

He is Death and he's about to break all the rules

Okay so this book got a lot of mixed reviews and when reading over what others thought about it I found myself laughing at a few different things. First, people were complaining about the names. Next, THANK YOU Abbi for not picking boring normal names that everyone else picks. Pagan is not that odd and yes while Dank is a different name it is short for Dankmar, which per the author, "Dankmar is a German name that means "famous for his spirit" I thought that meaning fit "Death" well. My uncle's nickname was Dank. He passed away when he was 16. I thought Dank would make a good nickname for Dankmar."  I also agree considering that Dank is an original deity from way back in Ancient Greece that the name is truly fitting.

So who doesn't want to be protected by Death himself? I mean really what can hurt you? Nothing!!! Because its Death and if Death decides it's not your time and he refuses to take your soul then what? Well those questions are answered in this book.

When Leif, the most popular guy in the school and star quarterback, whom Pagan pretty much hates, approaches Pagan to ask for tutoring help she doesn't offer her assistance at first. Both interactions between the two of them are kind of awkward because Leif seems bored and not really wanting to be anywhere near Pagan and Pagan just doesn't like Leif and she tells him as much. However, Leif accepts the unsaid challenge of changing Pagan's opinion of him and she also begins helping Leif with speech class because he is dyslexic and needs some help.

After spending time together Pagan begins to see a side of Leif she didn't know was there and she begins to like him and they are pretty much friends. However, the oddity of the situation is that Leif ignores her in the hallways at school and she let's it happen and doesn't think a thing of it. One would get the impression that Pagan would be considered the nerd or loser of her class, however, she was last years homecoming queen and her best friend Wyatt is the star basketball athlete already being scouted by colleges and her other best friend is Miranda, who is also Wyatt's girlfriend. Then Leif throws a curve ball out asking if Pagan will be going to the football game? She hates football and has never gone to a game before and Leif ignores her at school, but hey you coming to the game Pagan and maybe watch me play while you're there? Really? And I love that she says no and doesn't think anything more of it. It isn't until Wyatt points it out to her that Leif wanted Pagan to go and was asking her but that went over her head.

When Death (a.k.a. the soul because Pagan doesn't know he is Death yet) becomes intrigued with Pagan he seems like the "big brother" who is looking out for her and helping her. One of best lines he says to Pagan is after making her smile, "There that's better. I like it when you're smiling. If the football kid keeps making you frown I'm going to take matters into my own hands." hehehe I'd be pretty scared if Death himself came after me. So the next time Pagan sees Leif he says she does a lot of cute things, but isn't just cute. For being the star quarterback and Mr. Popular at the school and used to date the head cheerleader who of course is a nasty piece of work, he is TERRIBLE at flirting. After Leif misses a session with Pagan to "be with" Kendra (a.k.a head cheerleader and ex-girlfriend) Pagan is a little more than upset and ends up leaving school and gets into a car accident. Which is where Death comes in and instead of taking her soul he saves her and so begins their little adventure.

When Pagan awakes in the hospital she finds the soul by her side every night and he sings to her....songs created just for her. However, the interesting twist is that as she leaves the hospital she agrees to start dating Leif, who felt horrible about the accident and stayed all night to make sure Pagan would be okay. It's super cute the way he says it all to her, "I don't want you to just be my tutor. I want you to be the girl I look for in the halls every morning and save a seat for in the cafeteria. I want you to be the one waiting for me when I walk off the field at my games. I want you to be the one I pick up the phone to call just to make me smile." Aww........see....super cute...although if he hadn't been a douche to begin with maybe Pagan wouldn't be in the hospital.

So things get more interesting from here because once Pagan returns to school she and Leif are officially dating. However, there is a "new" sexy musician who joins the school and as Pagan goes to see who this Dank Walker is she sees "the soul" in human flesh. I feel the book is at its best during this time because Dank toys with Pagan and she always seems to be mad at him and yet attracted to him at the same time. He also catches and holds the attention of none other than Kendra....yey...NOT!! Leif hates Dank because he openly "gawks" at Pagan and since Leif and Pagan are dating that's a no no. Dank doesn't like Leif either and whenever Leif and Pagan kiss there is a growl that Pagan hears in her mind. Speaking of which Dank/Death can speak to Pagan through thoughts alone and Dank can hear Pagan's when she is afraid. I find this odd and cool at the same time, but why only with her? But again at the same time AWESOME!!! This actually comes in handy because since Death didn't take Pagan when he was supposed to others "try" to take her to right the wrong.

Most of the story consists of this love triangle between Leif, Pagan and Death. Death loves Pagan, but isn't meant to share his life with anyone, especially a soul since he is Death. Leif loves Pagan and would do anything to make her happy. Pagan likes Leif and is in a relationship with him.....however her heart is somewhere else.

There are happy moments, sad moments, a little heartbreak, crazy moments and stolen moments. When I started this book I was really rooting for one guy, but by the time I got half way through it and to the end I was completely in love with the other guy. Which is a rarity for me...normally the guy I choose in the beginning is the one I stick with. Then the ending is what really got me I was so EXCITED!!!!! And then I was like what???? What does that even mean??? Good cliff hanger for leading into the 2nd book Predestined.