Okay so the next book review is on one of my favorite authors. This book came out back in early 2011 as a prequel to Half Blood which is part of the Covenant series.

All the rumors you heard about her state aren't true.

Well, mostly. When she's not hard at work writing, she spends her time, reading, working out, watching zombie movies, and pretending to write, and hanging out with her husband and her Jack Russel Loki.

Her dreams of becoming an author started in algebra class, where she spent most of her time writing short stories...which explains her dismal grades in math. Jennifer writes young adult paranormal, science fiction, fantasy, and contemporary romance. She is published with Spencer Hill Press, Entangled Teen and Brazen, Disney/Hyperion and Harlequin Teen.

Jennifer also writes New Adult and Adult romance under the pen name J. Lynn. She is published by Entangled Brazen and HarperCollins. 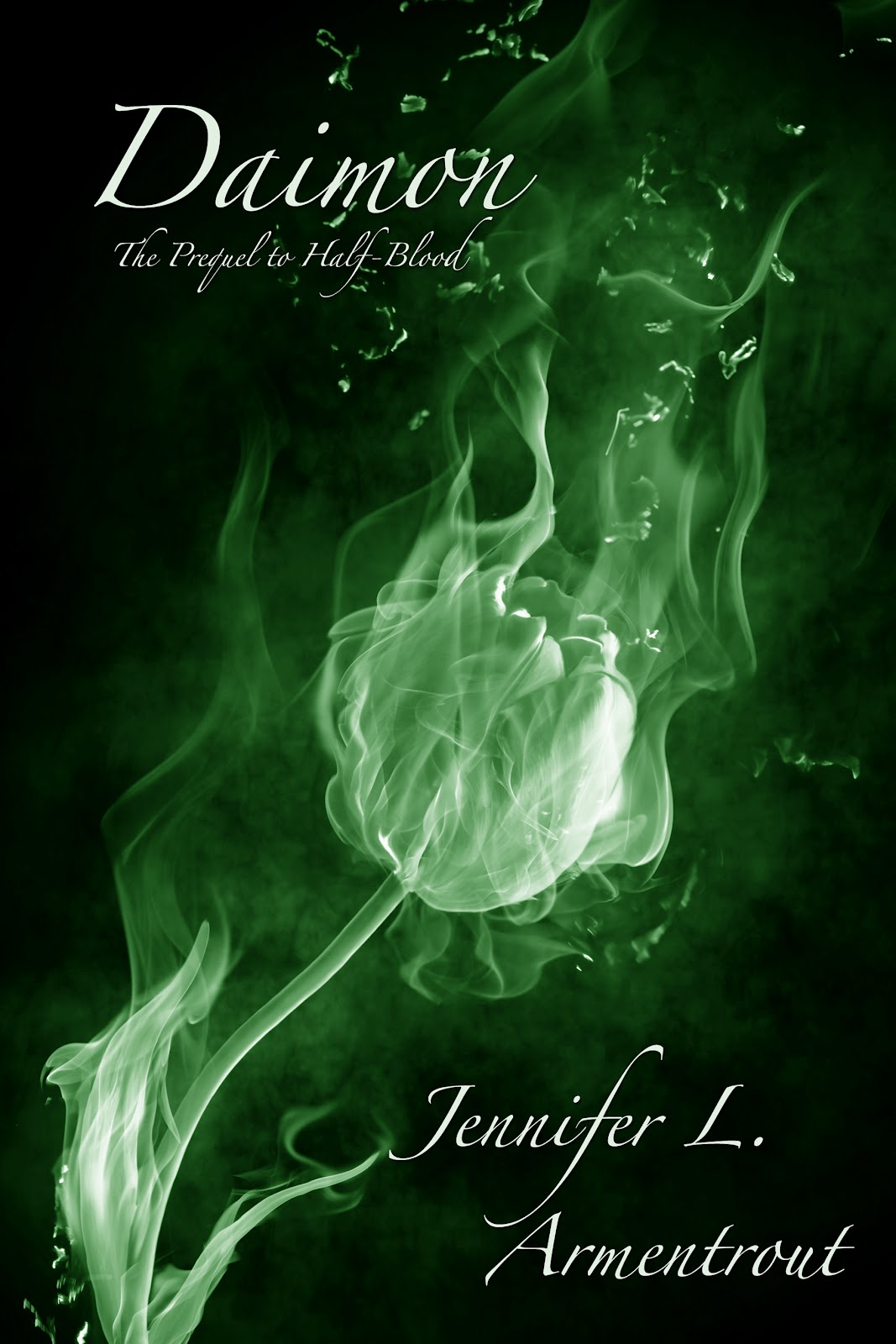 "Love in my world usually ended up with someone hearing 'I smite thee!' as she was cursed to be some lame flower for the rest of her life."

For three years, Alexandria has lived among mortals—pretending to be like them and trying to forget the duty she'd been trained to fulfill as a child of a mortal and a demigod.
At seventeen, she's pretty much accepted that she's a freak by mortal standards... and that she'll never be prepared for that duty. According to her mother, that's a good thing.But as every descendant of the gods knows, Fate has a way of rearing her ugly head. A horrifying attack forces Alex to flee Miami and try to find her way back to the very place her mother had warned her she should never return-the Covenant. Every step that brings her closer to safety is one more step toward death... because she's being hunted by the very creatures she'd once trained to kill.

The daimons have found her.


This book or novella is a really quick read and gives the reader just a little tiny taste of what the future books have in store. This book opens up with Alexandria Andros' life when she is seven and she is being poked and prodded at and evaluated to determine where she will fall within their world. As a half blood Alex (as she likes to be called) has two options in life; 1. to be sent to the Masters and fall into servitude or 2. train at the Covenant and be a Guard or even a Sentinel. Luckily for Alex, who is always a trouble maker, doesn't like to be touched and as an old women looks down upon her and is ready to send her into servitude, Alex does the typical Alex and kicks the women in the shin. Alex herself even says she was prone to random acts of stupidity. She considered it to be one of her many talents.

Then we are thrown into the future to Alex being about 15 or 16. She is on the beach with her boyfriend Matt and she is thinking about the last 3 years of her life. Alex (or as her mother calls her Lexie) and her mother have moved several times, leaving the Covenant and its protection and Alex doesn't know why they left to begin with. Some of those moves had been because they couldn't truly stay too long in one place for fear the Covenant might come looking and some of the moves had been because of Alex and her less than attention getting butt kicking ways. One guy grabbed her the wrong way...or as Alex put it mauled her and so what does any half blood girl do? Punch him and break his jaw of course....what else would you do?

So Alex is dating this guy Matt. Matt seems like an okay guy I mean he's shared his heart and soul with Alex and she doesn't really tell him anything....but I mean come on what is she going to say? I am a decedent of the Greek gods and my mother is a Hematoi and I'm a half blood because my mom had an affair with a mortal and hey here I am!!! Not likely...so as Alex and Matt are on the beach Alex looks into Matt's green eyes and yet thinks about her first crush, "The forbidden, older guy with thundercloud eyes –the one so far out of my league he might as well have been a different species." I find this little fact interesting...I mean how old is said guy with thundercloud eyes? Why is he out of her league? We do find out that he is a pure-blood guy and apparently in Alex's world Pures were off limits to half bloods like Alex........LAME!!

So anyway back to Matt...you know the guy in front of her she is currently dating and making out with and who has happy hands that Alex doesn't really want because she envisions Mr. Hot Pure blooded gray eyes that isn't there. Matt feels like he has done something wrong and between this and two dumb idiots that obviously had too much to drink and try to touch and beat the hell out of Alex she kicks their asses and while I'm all GO GIRL GO GIRL...Matt's not really into that kind of thing. Matt is the kind of guy who wants to save a dolphin...I mean whale. He wants to save whales.

The next day Alex is cleaning a little garden balcony and as she starts to work with her little garden spade, something "feels" off. Then she sees it....a daimon.....a creature Alex was trained to kill. When Alex goes to get her mother the world almost seems to stop because hovering over her mother is another daimon covered in her mother's blood sucking all of the aether out of her. As the daimon goes to attack Alex against the wall she still held the garden spade, which by luck was made out of titanium; which happens to be the only thing that can kill a daimon that's convenient, and the daimon goes poof into blue shiny powder. Almost like  magic or fairy dust....just its blue and not gold. As all of this is happening the daimon from the street is in the house and as Alex goes to make her escape she takes one last look at her lifeless mother's body and then flees out the two story window.

Alex is now on the run. She has no where to go and no other family. As time goes by she finally makes the decision to go back to the Covenant and the closest one from is in . So nasty, dirty, homeless Alex makes her journey to the only other place she knows as home. She runs into a little more trouble on the way because of course daimons are following her. I mean come on what else better do they have to do?

Alex had about four lessons she remembers from training; 1. daimons don't work well together, 2. they don't travel in packs, 3. they don't share food, and 4. they don't hunt half bloods. Apparently whoever taught Alex didn't get this memo because this is the hard situation Alex finds herself in. What will she do? How will she survive? If she dies....how will we ever know who the older thunderclouded eyes belong to?? So many questions that need to be answered. You'll have read Daimon and then half blood to find out the answers to these questions. This book gave me enough of an interest to want to read the next one to see what happens. Look for Half-Blood's review in the coming weeks.