Collide: The Secret Life of Trystan Scott by H.M. Ward

My next review is another of my favorite authors that came out back in September 2012. This series is not a set of novels, but a set of novellas. The whole series is a short read of anywhere from 175 to 250 pages. H.M. Ward writes a lot of short novellas that are meant as in-between reads of other novels. I love H.M. Ward's work...now don't get me wrong sometimes I wish the novellas were a little longer and not soooo many cliff hangers....but I'm hooked on her work and cannot give her enough praise for her books. 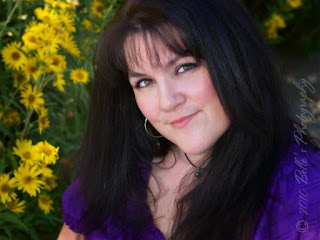 H.M. Ward is a NEW YORK TIMES & USA TODAY bestselling author. Ward is a native New Yorker living in Texas. Ward enjoys writing novels and novellas with twisting plot lines and unexpected turns.  Her ability to shock the reader has grown a following of over 70,000 fans, and a social reach of over 17 million people.  Ward has strong marketing skills and became a full time writer less than a year after her first novel appeared on the market.

Ward was featured in the Washington Post for her debut novel Demon Kissed. Series by H.M. Ward include Secrets, Scandalous, The Arrangement, Demon Kissed, Vampire Apocalypse, and The Secret Life of Trystan Scott.She has also been one of the top 100 Amazon authors at various times.  This year, Ward sold her 100,000th book.

When Mari accidentally overhears that Trystan is in love, she can't believe it. He's pining over some girl that doesn't know he's alive. The confident swagger and endless stream of girls is a facade. It conceals his loneliness and hides how messed up he's really become trying to flee from a life that's battered him to his core. 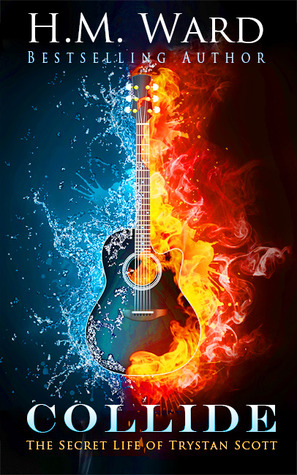 Trystan tries to figure out how to make it clear how much he loves Mari, but every insincere kiss and every broken promise haunts him, because she knows them  all. Now, Trystan has to prove to the one girl he's actually fallen in love with that she's not just another conquest.

Mari has no idea who Trystan loves, but she can tell that whoever it is has captured his heart entirely. Soon Mari sees the man behind the mask, the guy that Trystan tries so hard to hide. Everything about him is appealing, and too hard to resist.

In a moment of desperation, Trystan uploads a love song he wrote for Mari, but before he can show it to her, the video goes viral. Everyone wants to know who he is, and the only thing shielding him is an anonymous account name and some thick shadows hiding his face. Trystan realizes that the consequences of revealing his identity will be disastrous. Everything he's tried so hard to hide will be exposed. It's a secret that is impossible to keep and the only girl who he wanted to hear it will never believe him.


I love when stories give you first person point of view because you have a better sense of what the person is truly seeing and feeling. With third person you have an overview of everything, but in real life that isn't the case, so it almost seems like you are living through the character and it's your own life. With that said I also hate first person because I ALWAYS want to know about the other person and what they are thinking. For example; I love the Twilight series, but it's all from Bella’s point of view. If she doesn't see something or do something then it doesn't really happen. One of the things I loved that I wish Stefanie Meyer would finish is Midnight Sun because it's from Edward's perspective. I have a better sense of his true character (not just the way Bella sees him) and his thoughts and feelings. What he feels when he first sees Bella and the complexity of the situation and how he feels when he can't hear her thoughts. It's the little things like that. Another great example is the Fifty Shades of Gray series; they are all from Anna's perspective, however, at the very end of the third book we get a scene with Christian and Anna together and I LOVE IT because it is all from Christian's point of view. His complexity is amazing and I'd love to know what he truly thinks about things when they story is re-told by him. Now that I've gotten way off track back to Collide. I love first person point of view for this reason, but have always wanted it both ways, I've always wanted both characters to tell the story.

Well H.M. Ward does it for me in this book. The reader gets both Mari (not Mary, but Mar-e) and Trystan's point of view. My issue with the way this book is set up is that I feel like I'm doing double the work reading the same scene over and over. As the book gets further in the re-doing scenes lessen up so that the reader doesn't have to read the scene of Mari walking down the stairs to see Trystan talking to Seth and how that conversation plays out. Then re-reading the exact same scene of Mari walking down the stairs seeing Trystan and him talking to Seth and how the conversation plays out from Trystan's point of view. After awhile it does get kind of repetitive and eventually it evens out so that the story still goes back and forth between Mari and Trystan, but at the same time it keeps moving forward.

Now onto the story line for this book. I will tell you now it is really hard not to give too many scenes away in doing this review because there is so much I want you to know about these two. I really have a love hate for this book….but overall my love wins for it. Mari and Trystan are high schoolers and I’m just going to throw this out there….they are DUMB! Just dumb like OMG really? Kind of dumb. Trystan is the oldest in his senior class and Mari is the youngest in her junior class and it throws almost two years between the two of them. They are put together for drama class because Mari is very anal retentive and a huge control freak (although for Trystan it’s not that she’s a control freak….she just like things a certain way…aww….how cute….to anyone not in love with her it would be considered a CONTROL FREAK!!!) and therefore, is the best one to help Trystan make sure he stays on task and learns his lines for the school plays. This “relationship” of theirs goes on over the course of 3 years and it is through this relationship that Mari and Trystan become pretty close and friends, however, the friendship ends when play practice does. But it is during these times that Trystan truly gets to know Mari and when Mari gets glimpses of the real Trystan that he tries to hide to the world.

Okay basis of this book is that Trystan wants to tell Mari that he is in love with her; it’s for real, no games, no nothing else, he just wants to be with her. However, it should be known that Trystan is known as a hit it and quit it kind of guy and he goes through “relationships” like no bodies business. For Mari a kiss means something and she didn’t just give them away to anyone who came looking. What’s funny about this whole situation between these two is that if Trystan didn’t tell Mari that kisses didn’t need to mean something and pretty much how he “gets it on” he wouldn’t have to worry about Mari not believing him. It’s his own damn fault to begin with. However, with that said I still kind of like the guy. I mean he was given a crap hand of cards and makes the best out of what he can. Trystan has quite a few secrets that no one knows about him, which considering this day and age, I’m surprised no one knows anything.

Now onto to Trystan’s so called best friend….who I think is a douche and I do not like him at all and I’m calling it now….douche boy has a thing for Mari. Trystan confides in Seth about his feelings for Mari (which I think was dumb, but hey he’s supposed to be Trystan’s best friend) and what are the first words out of said douche’s mouth, “The girl’s a tease. What’s the point of chasing after her if she won’t put out? Don’t do it.” Furthermore, whenever and I mean whenever Seth sees Mari he is ALWAYS mean to her. Most of the time when he sees her it’s, “Hey Virgin” (so original) and then he will get annoyed with her and ask why she’s always with Trystan…looking for a pity bang? Or that poor Trystan has to put up with her and its such hard work for him and blah blah blah. And yet Seth will constantly look Mari over and check her out…ewww. Oh and I love Mari and Katie’s (her best friend) nick name for him…..Seth Sexbot. Anyways Seth is always blocking Trystan from trying to tell Mari that he likes her and I just have a feeling that there is more to the picture than meets the eye.

So another thing that pops up in this book is that there is a YouTube video posted from some guy name Day5705 that is of him singing, in the dark, a song about a girl that he is in love with and she doesn’t know he exists. Of course our mystery guy is none other than Trystan and of course he wrote the song for Mari…aww…again so sweet. Oddly enough as soon as Mari hears it she falls in love with it. YEY!!!

But for most of this first novella we have the establishing of characters, the drama that is going to fill the book, and the secrets that…ohhh no….what if they come out? Overall it was a good read and kept me interested and wanting to continue to the story to find out…is Trystan going to tell her? Does Mari love him? Even with all his flaws and around the block ways. What if it comes out that he’s Day5705? Does he want the fame? So many questions that I need answered……but must continue the series to find out.