We are excited to celebrate the release of PLAYING THE PAUSES by Michelle Hazen. This is the second installment in her Sex, Love, and Rock & Roll series. Follow the tour for reviews, excerpts, guest posts, plus enter to win a $50 Amazon gift card!
“Hazen’s use of the frantic energy of a rock band’s tour contrasts perfectly with the slow and seductive dance this couple engages in. Readers are sure to enjoy following The Red Letters on their drama-fueled climb to fame. “ —RT Book Reviews

Rock Star Dom + his Queen of the Spreadsheet employee = KRYPTONITE 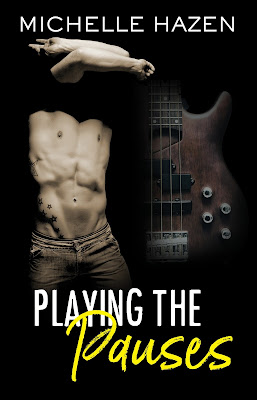 Kate is a globe-trotting tour manager who can’t be tied down.
Danny is a Dominant rock star and tattoo artist who needs her help to explore his true kinks.

Kate just got her big break, running an international tour for a rising band. Her job is everything to her…at least until she meets the band’s enigmatic bass player.

Getting caught in bed with her rock star boss could cost her career, and yet there’s something about Danny’s quiet intensity that she can’t resist. He steals her heart, hard. But the end of the tour is approaching, and their jobs are headed two different directions.

To be together one of them will have to stop touring, but the only thing they crave as much as each other is music.

** This book can be read and understood as a standalone, but does contain spoilers for earlier books in the series. **
Goodreads → http://bit.ly/2myge4G
Buy Now: Amazon | iBooks | B&N | Kobo

Dating Profile of Your Next Book Boyfriend

To celebrate the release of his book, I thought I’d show you what it would look like if Danny popped up on your favorite dating app.
Of course, Danny would never post a dating profile. First, because he attracts women with no effort at all. Second, because it would just never occur to him. But if he was lonely, his best friend Jera would absolutely fill one out without telling him and she’s pretty good at knowing exactly what he’d say. 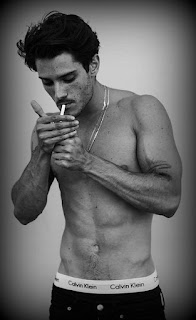 Least favorite activities: Lifting weights. Jogging. Seriously, fuck jogging. Where the hell are you running to, anyway? And why lift heavy things if you’re not going to carry them anywhere? Get a real fucking hobby. Our lead singer, Jax, made me start working out when we got our record deal, for the fans, he said. Sometimes I pick fights with him when he’s drunk just so I can punch him for it. Besides, if you do it right, sex is the only workout you need.

Least favorite foods: Anything that grows in the ground or used to walk around on legs. Strictly a vending machine vegetarian.

Favorite celebrity: I don’t know any, and how would I know if I like them if we’ve never met? Also, anybody who needs that much attention is probably a douche.

What you’re looking for in a woman: Nobody clingy or who’s going to get pissy at how much time I spend with my band, or that my best friend is a girl. Kink-positive would be nice, but not necessary. I swing a lot of different ways depending on who I’m with, and it’s all fun. Somebody who loves music. Not likes music the same way you like Skittles. Loves it.
Someone who doesn’t want me to change. And Nickelback is a deal-breaker. 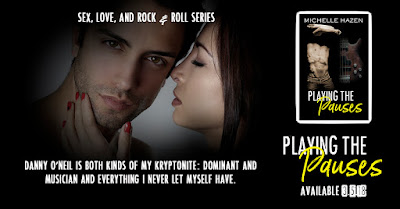 Enter to win a $50 Amazon Gift Card + A CRUEL KIND OF BEAUTIFUL eBooks!

Michelle Hazen is a nomad with a writing problem. Years ago, she and her husband ducked out of the 9 to 5 world and moved into their truck. As a result, she wrote most of her books with solar power in odd places, including a bus in Thailand, a golf cart in a sandstorm, and a beach in Honduras. Currently, she’s addicted to The Walking Dead, hiking, and Tillamook cheese.