How many times can someone be forgiven? How long does it take for a man to change? 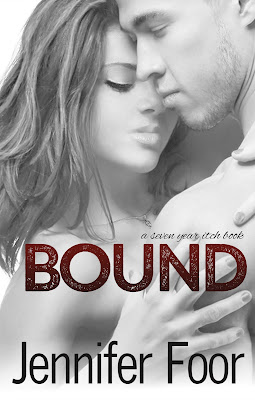 What if the person you're married to isn't who you're in love with anymore?

What if infidelities have caused a person to lose trust and hope in their relationship?

After seven years of marriage I'm throwing in the towel and starting over.

Bennington Winthrop is my boss. He's made it clear he wants me. When I think my life can't get more complicated I become involved in a sexual relationship that both terrifies and excites me. I can't resist the pleasure, or the pain he gives me. I need to feel something again, even if I get lost along the way.

I have to decide if his lifestyle is the change I'm looking for or something I need to run from and never look back.

I'm Macy Stone, and this is how I let go of the woman I used to be in order to discover hidden desires I never knew could exist. My only obstacle now is coming to terms with the consequences, and being able to accept who I've become.

She is married with She's best known for the Mitchell Family Series, which includes ten books.two children and spends most of her time behind a keyboard, writing stories that come from her heart. 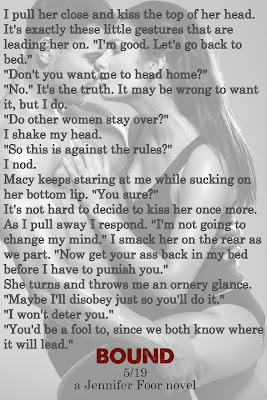 Our legal team was spending countless hours gathering as much evidence to ensure a win. It was also the same day I’d gotten the bad news about my inability to conceive a child. I was out of sorts, unable to stay focused with such a burden on my mind. Ben was the first to notice, and suggested I head into my office and take a break for a little while. It wasn’t uncommon for my associates to stay overnight during this process; so most of us had at least a couch in our office for such times. I knew I’d be of little help to them in my current state, but I wasn’t prepared to go home and tell Frank the terrible devastating news. I’d only been asleep for a few hours when I woke to the sound of a loud bang. I sat up and looked around my dark office to find I was still alone. I got up and first peeked down the hallway to discover it was also dark and vacant.

I followed the sounds of muffled voices until I came to Ben’s office. We all had windows with mini-blinds on them, which most of us kept closed for privacy. At the same time I reached for the handle to open his door, I watched something crash into the metal blinds. It was definitely a body, and once I came to my senses I realized it wasn’t in violence. I heard laughing before backing away from the door. Next came the sounds of two people in the act of fornicating.

I’m in such shock I’m unable to move. My body remains in the same position as I listen in amazement. That’s when I get my first inclination that this isn’t a one on one encounter. I hear another man’s voice and then a higher pitched female. The men are talking to one another about switching. This heightens my interest, and as I loom in to peer through a small wedge of window blind, I’m struck with awe over what I find.

A brunette female dressed in full leather stands in the corner. Her breasts are busting out of the top of the corset. She has a camera in her hand and keeps her eyes fixed on Ben and the blonde. A petite redhead pulls another male close to them and begins making out with him only to shove him away. I place my hand over my mouth as I continue to stare through the tiny fold. This has to be a dream, I tell myself. There is no way my boss would be involved in such mischief at the office. He’s not this kind of man. He wouldn’t dare do this.

But as much as I want to believe it’s not real, I know I can’t deny what is unfolding in front of me.
The woman in the leather tells them to switch and both men stand at attention. I watch as they fall to their knees and await her to approach. She takes one of her feet and shoves Ben down on his back before proceeding to sit on his face. Then she pulls the blonde he was banging closer in order to taste her.

I called out sick that next morning to see if I could shake the uncomfortable feelings enough to be able to face him in the office.

The following day he stopped me in the parking lot before I could rush in and hide behind piles of paperwork. He was calm and collected, making me feel as if he had no clue what I’d witnessed, up until he spoke.

“Did you like what you saw the other night? For someone who claims to be straight and narrow I got the inclination you wished you could join us.”

I shake my head and begin to walk away, as if I can distance us enough to halt the conversation. “I have no idea what you’re talking about, Ben.”

He hasn’t followed me, but as I turn to double check I see him standing tall with his hands in his pockets. The grin on his face says it all. “I like when people watch, Mrs. Stone, especially the ones who claim to be off limits.”

I have no idea what makes me spin around and rush toward him. “How dare you imply that I was anything but disgusted? You’re sick!”

For a moment we stare into each other’s eyes. He’s focused and relaxed, while I’m shaking so badly I know he can see. “I’m going to pretend this conversation never happened, because as far as I’m concerned I want it wiped from my memory. Do us both a favor and give up. I’m happily married, Ben. I’m not interested in fooling around with my associate.”

“You know where to find me when you change your mind, and trust me, Macy, you will.” 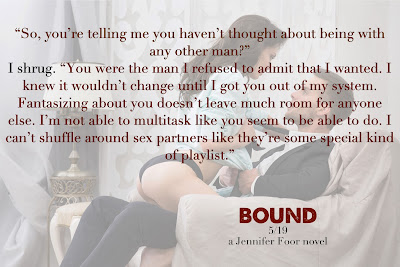 Okay so I  must admit that  when  I started reading this book I  had  no idea what it was about. I remember at some point reading the  blurb, but I was really just looking at the cover and knew that I wanted to read this book. So when I  started I wasn't really sure what I was in for, but  I can say I was not disappointed. This book had a lot  of eye opening amazing moments in it for women in general as well as for the characters. Our main character Macy is divorcing her husband of quite a few years for several reasons, but most amazenly not because he cheated on her. Now she is trying to find her "self" again and her boss Ben seems to think that he is the one who is going to be able to help her find herself. He is going to help her gain confidence and independence and have her join his "lifestyle". He's also been  chasing  her for years, even when she was married, and once you find out the lengths he has gone to insert himself into her life and while it's a lot over-the-top it doesn't feel like that when you read this book.

One interesting quote that Ben does give in this book that gives us a glimpse as the type of man  he is. He tells Macy that humans weren't meant to be in monogamous relationships. And this isn't the first time I've heard this. I understand how for some people this works and Ben is one of those people. However, that isn't something for everyone, some people are monogamous people and Macy is one of those people. Talk about opposites attracting. Also Macy kind of hates Ben, yet she has fantasies about him and  Ben..he just wants Macy.

She finally gives in and begins this adventure with Ben. A lot happens.  She explores her sexuality and things she likes and doesn't like. She pushes past boundaries and truly finds herself.  It gets to the point where a few choices come up. What will happen if and when Macy finds out Ben's secrets?  What choice will Macy make when it comes to the lifestyle and eye opening world Ben lays at her feet? Will Macy be a changed woman and have more confidence? What will happen with Ben in all of this?  Will he get the girl? Or will she walk away from him and his lifestyle forever? Make sure to check it out in this book. 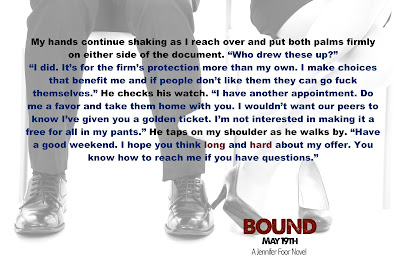