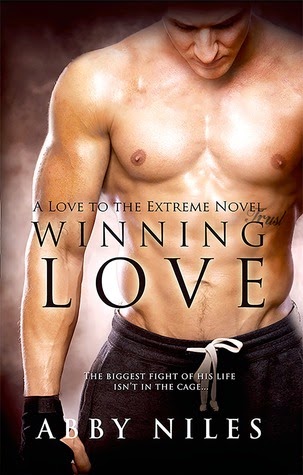 Mac “The Snake” Hannon has spent years throwing himself into cage fighting as a way to lash back at the natural disaster that destroyed his future. A call for help has Mac returning to the one place he swore never to return: —in the height of tornado season.

There he meets free-spirited Gayle Andrews. At first he wants nothing to do with the infuriatingly, persistent woman, but the crazy challenges she tosses his way are impossible to resist. As she thaws years of bitterness, bringing back the Mac he believed long gone, he starts to make peace with the past and see the future again. Until he learns she chases his worst nightmare, then he can’t get away fast enough.

Meteorologist and storm chaser, Gayle Andrews is no stranger to being left behind and now believes in living in the moment. She wants to do just that with the handsome extreme fighter with the achingly sad eyes. As she works to replace the sorrow with desire, she finds herself breaking her one rule: have fun, but don’t fall in love. When he suddenly pushes her away and she discovers the horrifying reason why, she issues one more challenge: face his fear and come on a chase with her.

Will squaring off with the past lead to a victory for heartache or love?


Ever since Abby Niles picked up her first Sweet Valley High book in sixth grade and fell in love with Elizabeth and Todd, she’s been hooked on romance. By the time she reached high school, she was devouring meatier romances with pirates, cowboys and knights. She never imagined that those years of reading would one day lead to her becoming a published author.

In her late twenties, after having twins and becoming a stay-at-home mom, she started doodling stories to keep her sanity. Next thing she knew, she was actually submitting to publishing houses. And was immediately rejected. That didn’t stop her though. She found some kickass critique partners, honed her craft, and continued submitting.

Today, she juggles work, being a single mom, and writing. It’s not always easy, but hey, who said life was easy?

She is represented by Maureen Walters at Curtis Brown, LTD.

I absolutely loved every moment of this book. I think the biggest reason why I fell so much in love with it is because of how real it felt. What Mac and Gayle went through and go through is something that could happen to anyone. There wasn't a lot of fluff or "fantasy" that makes you dream of a life like this. It just was. It's been a long time since I've read a book that I felt like, "Hey that could have been me, or someone I know." And that for me made this book ALL the better.

Our story is about Mac and his past demons. He left Kansas to outrun his demons and when an old friend calls him up for help, Mac makes a retrurn trip to a place he swore he would never go back to, Kansas, during Tornado season. A few years back Mac had a wife and a huge F5 went through their home town, trapping him and causing mass destruction. In the path of that storm was Mac's house and we find out that she didn't survive and there was another little shock that happened on that horrible day. So he left. He put all anger and everything into fighting and became great at it. Now he's back to help his friend train for a big upcoming fight.

Gayle is an interesting character. She doesn't take sh*t from anyone and pretty much speaks what's on her mind. She doesn't have a filter. Of course she finds Mac hawt and pretty much does a lot of things to get his interest and to have a friends with benefits relationship because she doesn't do relationships. Honestly she is probably the best thing to walk into Mac's life because outside of fighting the man doesn't live. And she really helps him start to do that.

However, the downfall to Gayle is.....she's a storm chaser. Sorta. She has a few demons in her closet as well and because of those she chose the profession she did. She follows/chases storms to help warn people and studies the weather. Well when Mac finds out about this, it becomes an issue. Will these two be able to move forward? Or will Mac or Gayle be too stubborn to realize what they truly want and move forward in some manner.

This book was an amazingly great read and I would highly recommend it to anyone that likes a nice romance story with fun and laughter and joking and seriousness and sadness and adventure. This book has it all. Abby Niles is an amazing author and this book didn't fall short in any manner.