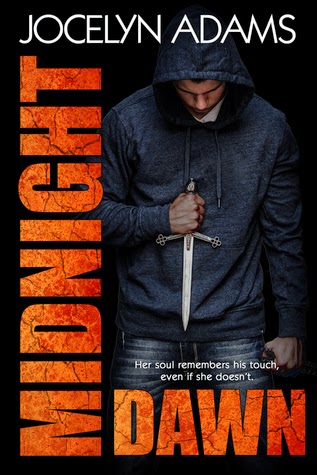 Her soul remembers his touch, even if she doesn’t.

With only three days until the wraith king turns the earth into an all-you-can-eat buffet, Addison Beckett is forced to enlist brooding sentinel Asher Green’s help to unlock the Mortal Machine. According to the founder, all she has to do is find the sanctuary—the same sanctuary she can’t remember because Asher erased her memories.Trying to save humanity while navigating Asher’s lies is a royal pain. But the more time she and Asher spend together, the harder her soul tries to remind her what else he’s made her forget—that he loves her, wants her, needs her.When she’s trapped by the wraith king and forced to pick who will stand by her in the coming battle, Addison is faced with an impossible choice: the sentinel she loves who refuses to love her back, or a powerful stranger who insists they’re meant to be together. Her decision will decide the fate of humanity, and once decided, can’t be undone.


Jocelyn is an office grunt by day and creator of romance and adventure by night. Born a farmer’s 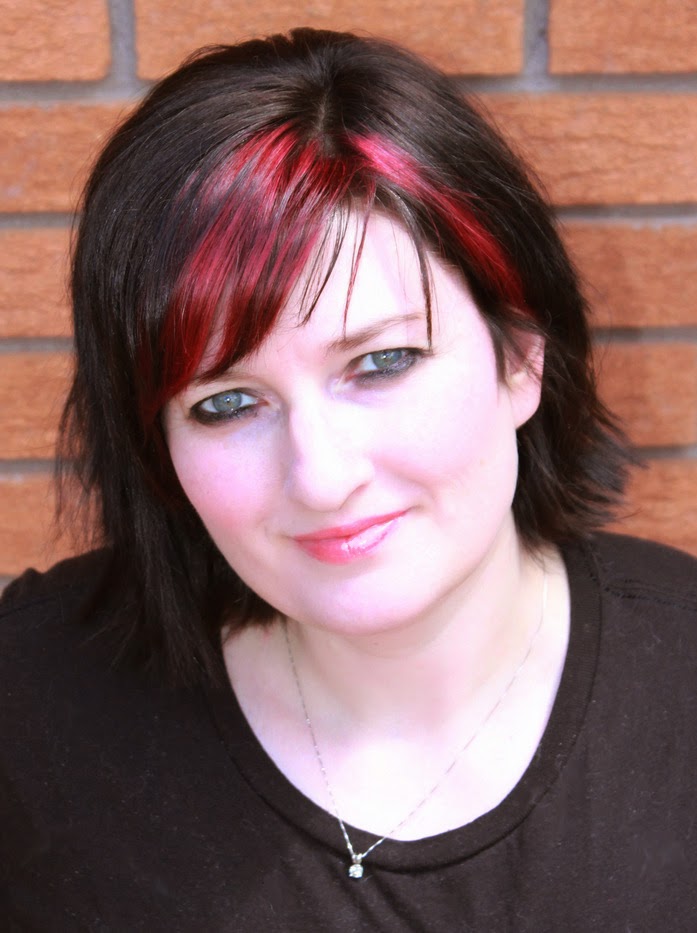 daughter with a vivid imagination, she spent her childhood dreaming up stories that remained untold until 2010.

With no formal training, she relied on the honest feedback of her writing group to take her from that first short story all the way to THE END of her first novel. She now has five published novels and has recently signed a 3-book deal with Entangled Publishing.

When she isn’t slinging words, you can find her shooting her bow or enjoying the serenity of family life in her little house in the woods.

First off if you have NOT read Darkside Sun then stop what you are doing and pick up that book first because OMG does Jocelyn pack a mean punch in a book. Here is the link to goodreads for Darkside Sun

Now onto my review of Midnight Dawn. Okay so I couldn't wait to get my hands on this book after reading the 1st book and this book didn't disappoint. This story picks up where the last one left off and it is amazing because the storyline that Jocelyn created is one you can't help but get lost in. It's new and interesting and just sucks you in from the very beginning. Our main characters are Asher and Addison and the war that is about the happen (again) with the Wraith King. So much information is given to you in this book that you keep guessing at what the ending is going to be and it takes almost the entire book to figure out what is going to happen and then you have the O.M.G factor. So Asher and Addison are our main characters and these two have a lot of......background together, it's just Addison can't remember it. I don't hate Asher's character in this book as much as I did in the first, but he still annoys me and I hate that he made Addison forget things in order to "protect" her. I love the way Addison's character has evolved in this book compared to the first one and how she is learning to come into her own. Of course the rest of the society she is apart of are still a little weary and scared of her because she is different and change is always hard. But she is slowly showing them a way to help rid the world and humans of wraiths.

Addison is also looking for her counter part/soul mate. When you find that one person who makes you stronger you pretty much mate for life. Everyone in the machine should have one. Remy ends up helping Addison a lot because no one wants to really help her including Asher. And even though Asher is mean again in this book to Addison her soul can't help but long for him. When the wraith King makes and appearance everything begins to change. They only have so long before hell takes over earth and the Machine crumbles. Asher has to work with Addison and a new character comes in, saying that he is destined to be with her, she is his counter part. He is this new what Addison has been looking and waiting for? Or can her heart and soul truly remember what really happened and who her heart already belongs to, even though she can't remember. Will Addison find a way to stop the wraith King?

All of these questions get answered in this book, however, a lot more form and the end of this book has me in a very tearful emotional state because it didn't end like I thought it might. I can't wait for the next book to see what will happen in Addison's world. But this book is definitely worth reading.