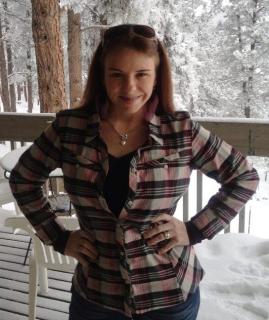 Quinn lives in beautiful NW Arkansas with her husband, son, Doberman and cat (who thinks she is a ninja in disguise). She is beyond thankful that she has been blessed to be able to write full time and hopes the readers know how much all of their support means to her. Some of her hobbies include reading, exercising, crochet, and spending time with family and friends. She gives all credit of her success to God because he gave her the creative spirit and vivid imagination it take to write.

Where to Stalk Quinn:

As one evil falls, another rises in its place. The powerful witch, Desdemona, has finally been killed by an alliance of wolf, elf, and fae. But Reyaz, brother to Sypher the warlock king, has vowed retribution for a life that was taken from him. Now Cypher must decide not only how to protect his new found mate and his people, but also how to destroy the only family he has left.

Meanwhile, Jen's pregnancy progresses and the fateful due date draws ever nearer. The thought of 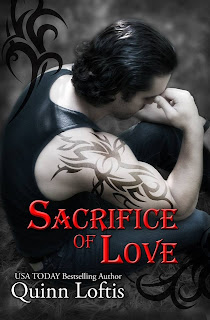 losing Decebel's child constantly threatens to overwhelm her. With each passing day, Decebel grows more distant, causing Jen to wonder what toll the impending loss of their child is taking on him. Unbeknownst to Jen, in an act of desperation to protect his unborn child and mate, Decebel strikes a deadly bargain with the Great Luna -his life in place of his child's. There is only one way for that to happen, the bond between he and Jen must be broken.

As Jen as Decebel struggle through their darkness, another kind of darkness is infiltrating Fane's heart. Doubts and questions linger as he tries to cope with the emotions brought on in the aftermath of Desdemona's curse. He knows what happened wasn't real, but still he can't rid himself of the terrible images seared into his memory. Jacque is his light, the one who keeps the darkness at bay, yet he won't let her inside to do just that.

Sally continues to learn what it means to be a gypsy healer and Costin struggles to protect her as she runs full speed ahead to help her wolves, heedless of her own safety. She sees her best friends struggling, each enduring their own trials. She's desperate to help them, but can she keep them safe?

With all of these things hanging heavy over the heads of the Serbia and Romania packs, their attention is divided. The wolves do not even realize a threat has slowly infiltrated their midst. Will they recognize the threat in time to save the lives that precariously hang in the balance?

Against this backdrop of darkness, choices will be made, fears will confronted, and the ultimate sacrifice will be made. Will the wolves stand together to defeat the threats arrayed against them, both from within and without? Will love conquer all? Or will the beleaguered wolves finally succumb to their demons?