Blog Tour: When I Become Yours by Rae Daniel 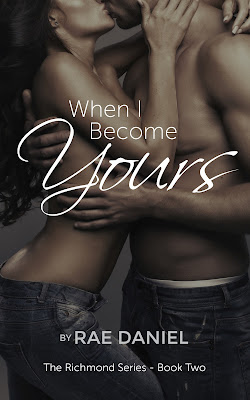 Ben’s been in love with Renee for years. She's loved him from afar but can't do anything about it because of circumstances beyond her control.

That all ends. Now. Because Ben knows what's holding her back and nothing will stop him from getting what he wants.

There’s no one else for him and there is definitely no one else for her, not as long as there is a breath left in his body. When she tries to date, Ben quickly ends any and all attempts of her being with someone, other than him.

Follow Ben and Renee through some serious alpha male episodes paired with a side of light hearted humor and steamy encounters, hot enough to make your Kindle fog over!

‘When I Become Yours’ is book two in The Richmond Series but it does not need to be read in order. This is a stand alone book in a series that will follow four girlfriends through their crazy and hilarious antics in addition to their passionate love lives. Each friend will have their own stand alone. 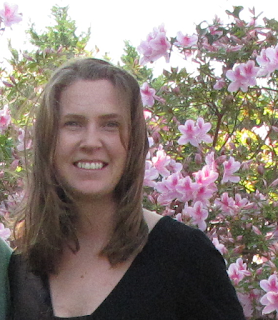 Born in the midwest, Rae Daniel has been telling stories her entire life. After earning her degree in History from Old Dominion University, she found her niche in the professional world as an analyst. In her analytical roll, she found that compiling her research into “stories” for her upper management team, gave her the confidence to start to write all the other stories that were running around in her head.

Rae is also the founder of GetYourSmutOn.com, a romance book review website. Within the first six months of operation she was being asked to write reviews for independent, USA Today, and NY Times best selling romance authors from around the world.

When she is not writing, she is living a charming life in North Carolina with her husband and two kids. She enjoys spending time with her family, reading and drinking wine. (PS, not necessarily in that order) :)

Meagan's Review:
Overall, I liked this book. I loved the concept and to be honest the  bantering between Renee and Ben is awesome. But, I think my biggest problem/struggle with the book is I felt like I missed something the entire time as well as the shortness of it. I felt like when things were starting to pick up and get going I was at the end. Outside of knowing that this was a great book. Also I should mention that because I was so confused and felt like I missed something I went back and read the first book, even though this book can be read as a stand alone, and while that did add some background it didn't add a whole lot.

This book starts out with SUPER strong emotions from Ben He's in love with Renee and while she really likes him and dare I say maybe even loves him she holds off because of something personal in her life. Ben shows up on all of Renee's dates and pretty much all but pees on her by saying she is his....whether she knows it or her date knows it or not. It really is comical and almost makes me wish I had a guy in my life to do something like that.

Anyways Ben and Renee have a best friend Anne who is married to Jim and they have twin boys who keeps them on their toes. Ben and Renee go over there a lot and play with the whole family and it's super sweet and I totally get why Ben is in love with her, but for the life of the reader we have no idea WHY SHE WON'T GO OUT WITH HIM.

This book then takes a turn because Renee needs to take some stuff up to a cabin that Jim and Anne owen and Ben decides  that he is going with her. The ride it super awkward and pretty interesting. Once a t the cabin there is a ton of snow and so they are snowed in, in the cabin together....alone....for god knows how long. A lot comes out at the cabin along with what Renee is hiding and it will either break her and Ben for good or throw them together. But you find out and with the exception of the Epilogue this is the end of the book. And I really just wanted more for these characters.Overall, though I did enjoy this book as well  as Renee's snarkiness and Ben's OVERNESS. It really is a good read just a quick one.