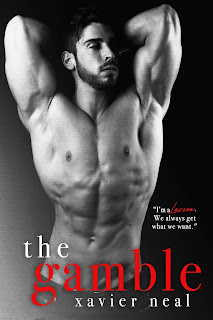 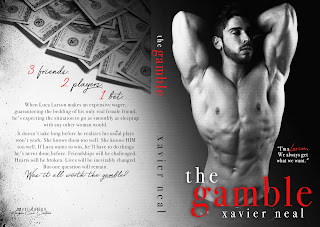 3 friends. 2 players. 1 bet.
When Luca Larson makes an expensive wager, guaranteeing the bedding of his only real female friend, he's expecting the situation to go as smoothly as sleeping with any other woman would. It doesn't take long before he realizes his usual plays won't work. She knows them too well. She knows HIM too well. If Luca wants to win, he'll have to do things he's never done before. Friendships will be challenged. Hearts will be broken. Lives will be inevitably changed. But one question will remain. Was it all worth the gamble? 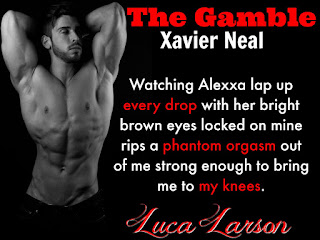 Author Bio
Xavier Neal lives in Texas where she spends her time getting lost in writing, reading, or fandoms she recently discovered. Whether she is enjoying books or movies, she continues finding inspiration at every turn to bring more exciting stories to life. 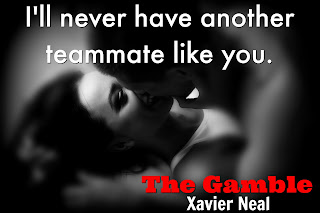 This book was interesting for me because for the longest time I would have swore that a man wrote it. Luca's point of view has been the best guy view that I've EVER read. I give mad mad props for Xavier Neal because she is awesome!!!  With that said OMG I HATED Luca. From the very beginning to almost the end of the book and then all of a sudden there was a switch and  I was okay with him and then the end of the book I was still okay with him. It's hard to describe because I like his character because he stayed true to his character....but at the same time I hated him for it. I truly hated him. So Luca makes this bet with his room mate and best friend Warren that by the end of summer he is going to bang their other best friend Alexxa. Now it should be said that Luca is the biggest man whore I've ever read about....like no shame what so ever. So Warren takes this bet and things get interesting because all of Luca's charms don't work on Alexxa. I mean she is a best friend and know about the open door policy with Luca and women. Now as a woman, my thoughts are different than men, but still, one would think that if you are going to try and bed your best friend you'd quit having sex with other women. But no not Luca....still goes at it like a rabbit and even when Alexxa is in the apartment. That part was kind of weird for me because it didn't faze him at all and then he'd come out and be like what's up sexy let's go on a date. Like ewww I wanted to smack him a lot because just eww.

Well eventually the chemistry between these two starts to change and one thing leads to another and they start "dating" and fooling around and things get interesting for both of our characters....well actually all 3 of them. I think the biggest weird thing for me was Warren. I couldn't get a feel for him and his feelings for Alexxa. It seemed like once this bet started that he tried to start having feelings for her and yet he didn't. But it got to the point where Luca started getting jealous and kind of turned into boyfriendish with his jealousy. Now I don't know if Warren did it on purpose or he wanted to try and date her too....we never really find that one out.  Anyways things start to happen and then it becomes too late for Luca to tell Alexxa about the bet and how much of an idiot he is and we all know secrets eventually come out. What will happen if and when Alexxa finds out? Can Luca change for his best friend? Will Alexxa ever be just enough for him to not stray to other women? You'll have to read to find out. Ohhh and if you want a good laugh this is a great book too because the banter and crude humor are pretty great too.