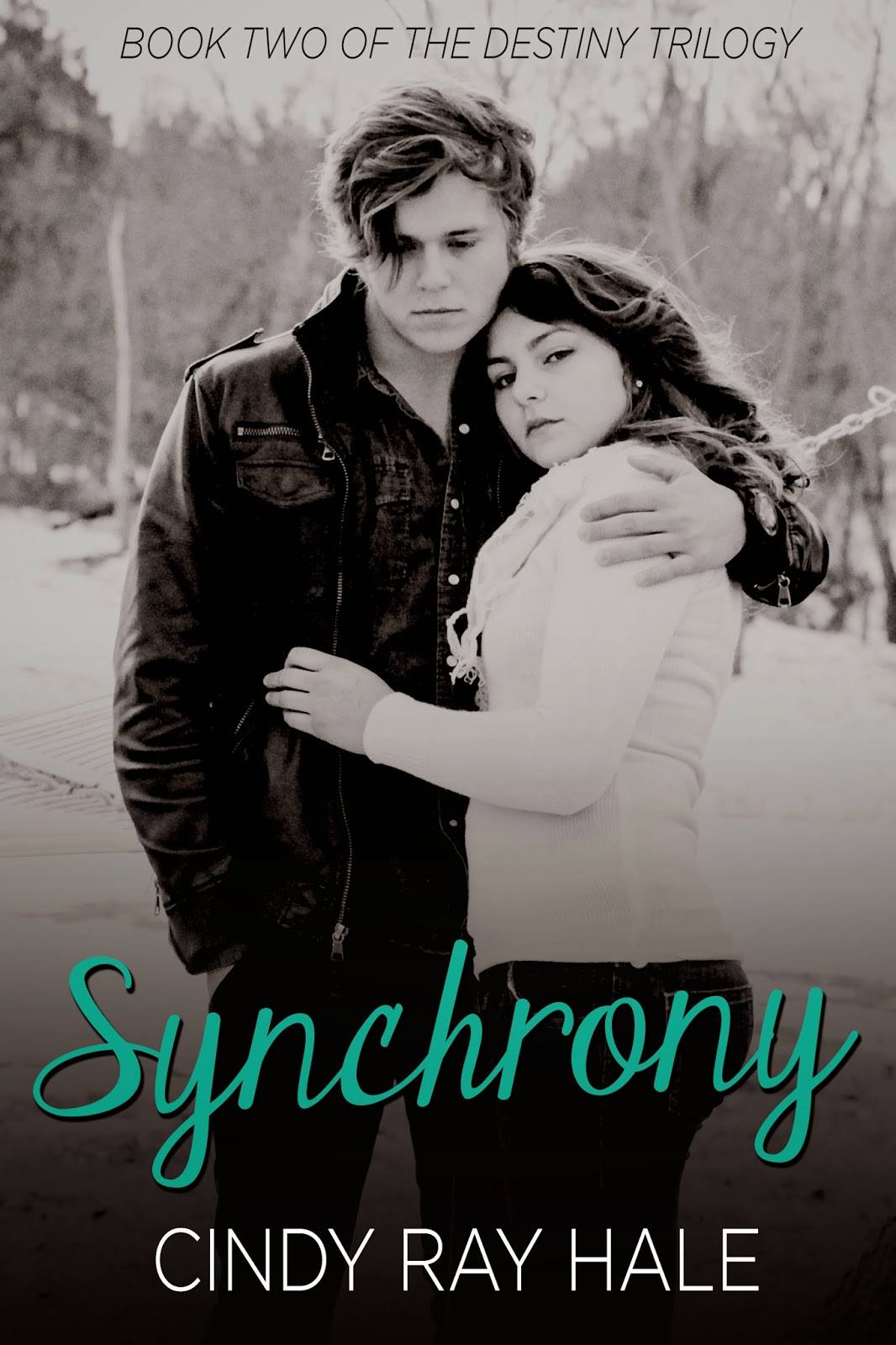 shakier ground, Destiny discovers that Isaac has a terrible secret, and she is left completely shattered.

The moment Destiny feels all hope is lost, Preston Nelson, her longtime church friend and Isaac's bitter rival, arrives like a beacon of light. It isn't long before two separate disasters strike for Preston and Destiny's best friend, Hannah. As Destiny helps them through their issues, she discovers that sometimes the best way to forget about your own problems is to help a friend in need.

Just as her heart begins to mend and her friendship with Preston begins to heat up, Isaac walks back into her life, threatening to rekindle the feelings she’d hoped to bury forever. Will Destiny and Preston find the synchrony they so desperately need, or will she find a way to forgive Isaac and return to his outstretched arms?


We were out of snowballs, so we had to go back to our piles to restock. Then we were all back on the field, colliding in a flurry of white. I hit Destiny right above her ear with a huge snowball. She shrieked a feminine war cry and clobbered me with two snowballs, one on either side of my face. My cheeks stung with the cold, and I ran back to the fort to get more snowballs.
As I was reaching down behind the shed to restock my supply of ammo, Destiny barreled into me, knocking me off balance. Her arms wrapped around me, and we fell into the snow on my side. I struggled to break free, but she had me pinned at a strange angle. Technically, I could have thrown her off at any time, but that would have ruined the fun. 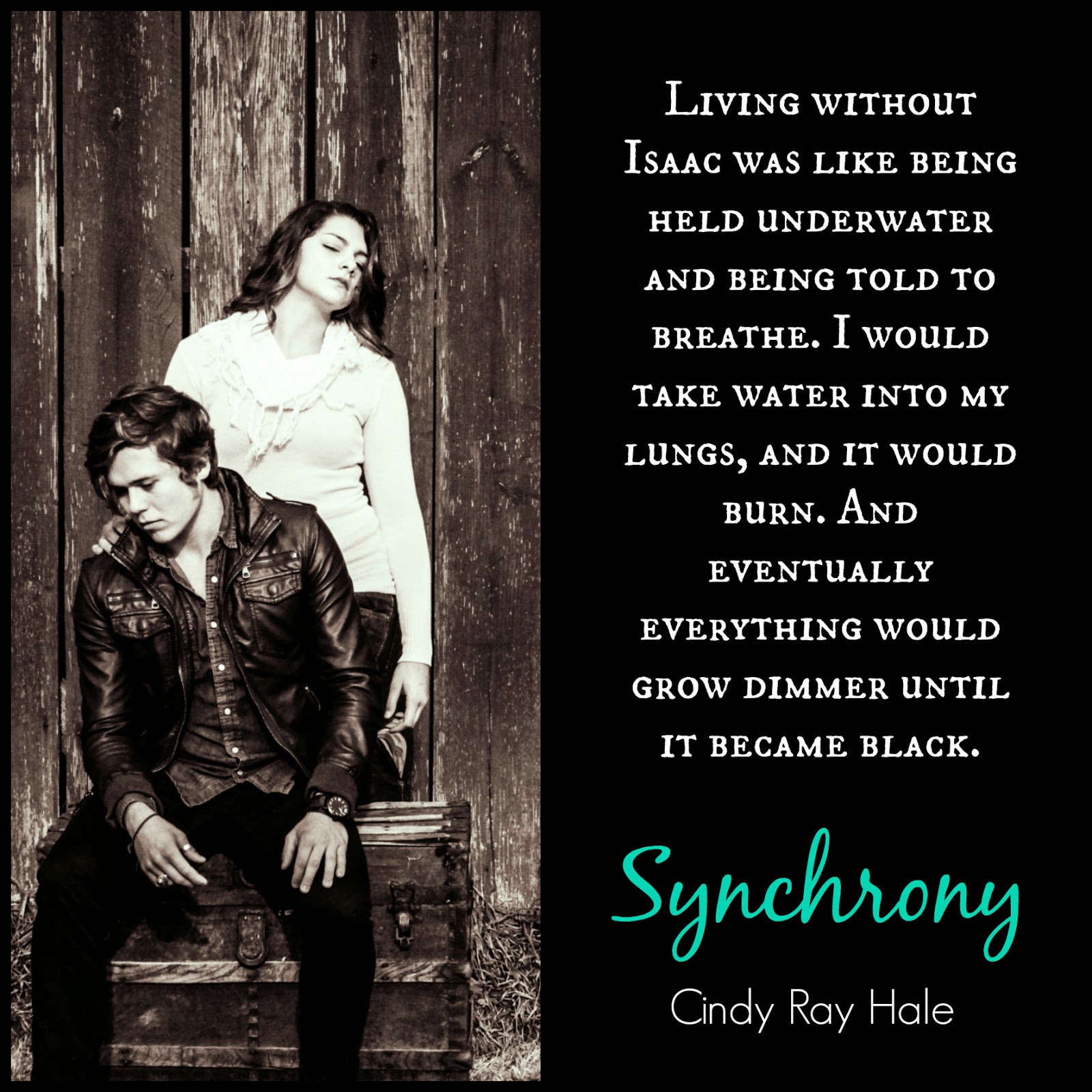 I howled as she shoved snow down the back of my shirt, and we rolled several times down the slope as I struggled to get free. But her arms were locked around my neck. And then, somehow, she was pinned under me. Every vein in my body was on fire as I gazed into her crystal clear blue eyes. She released her arms from her vicelike hold on my neck, and her eyes grew wide and her lips parted slightly as though she’d just realized how close our faces were.
I had no idea what possessed me to do it, or when all reason had suddenly flown from my mind, but as I leaned forward and kissed her tenderly, all I could think about was how beautiful and pure she’d looked lying there in the snow with her hair splayed all around her in wild waves of perfection.


Honestly, if I’d stopped to think about what I was about to do, I never would have been able to go through with it. I mean, come on, how many years had I imagined what it would be like to kiss Destiny Clark? But 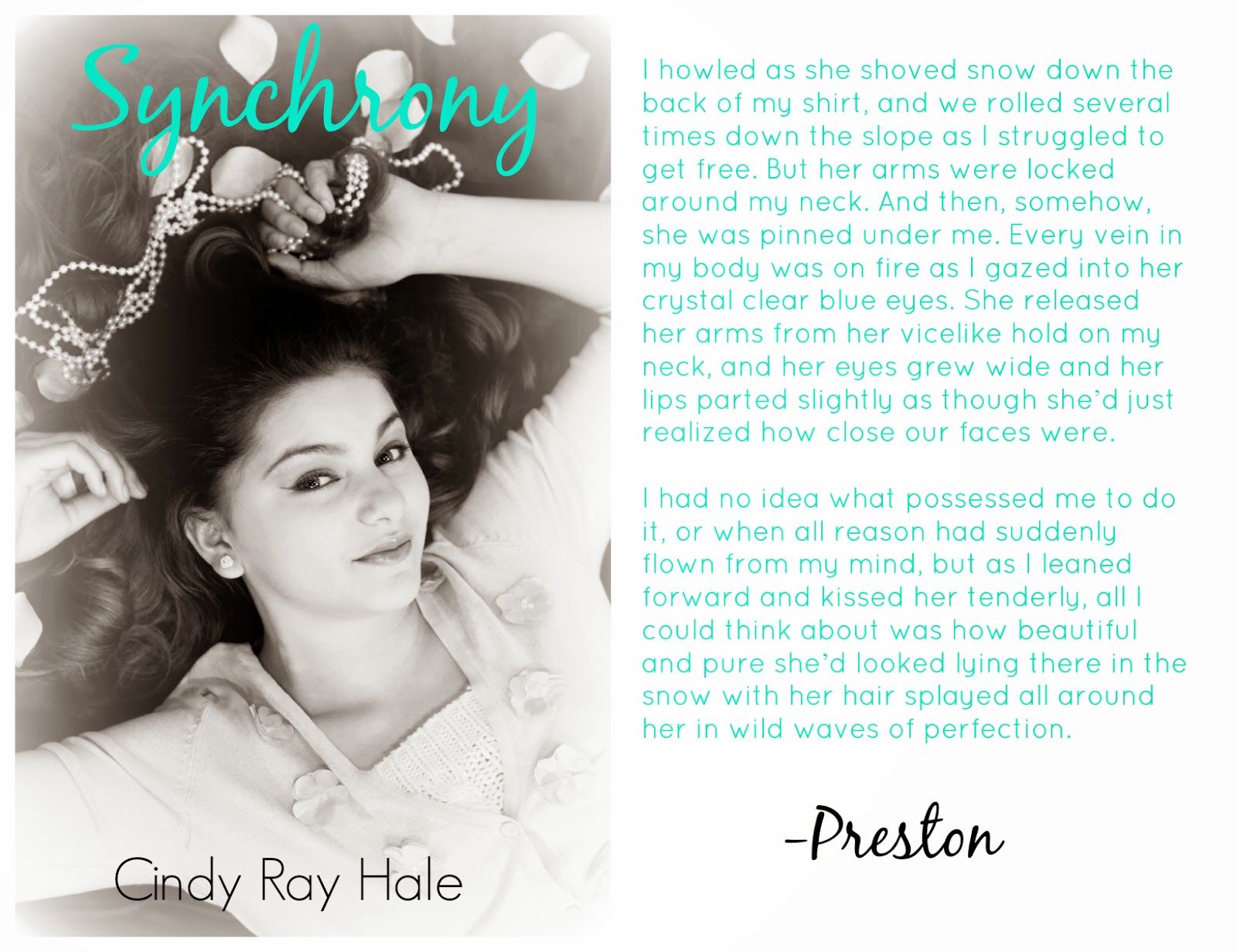 that had always been pure fantasy. Especially after her nasty breakup. If I’d taken the time to consider kissing her, I would’ve convinced myself that the last thing she’d wanted was a kiss.

Hope, excitement, anticipation, dread, and guilt. The emotions cycled through me one-by-one as I gawked at my phone. I had another text from Hudson.

Meet me in the woods.

Meeting Hudson in the woods was absolutely out of the question. I typed in a quick reply. And why would I do that?

Because you know you want to.

I did want to. But I was hardly willing to admit that to myself, let alone Hudson. You wish.

So you’re too afraid of getting caught?

Look for me. I’ll meet you by the old homestead. I hit send and the blood rushed from my face. What the heck had I just done? I ignored my racing heart and glanced at the clock.


Cindy Ray Hale lives in a little slice of wooded heaven near Atlanta, Georgia with her husband and children. 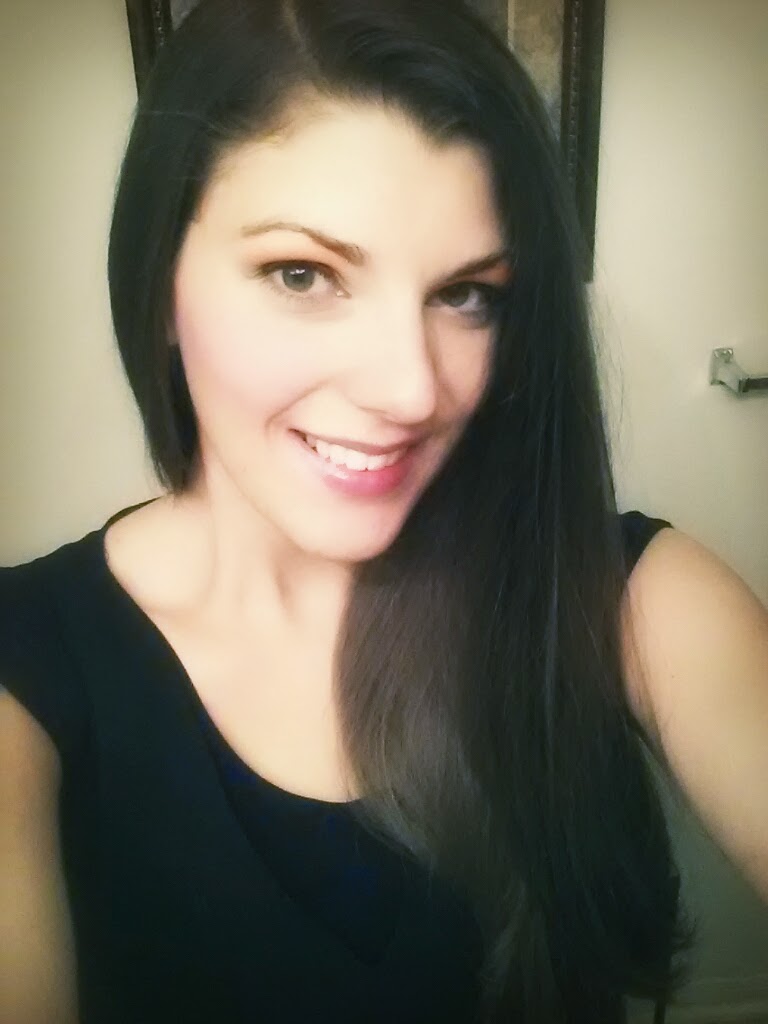 She spends way too much time following up-and-coming musicians on YouTube and dreams of joining their ranks one day. She’s a bit of a health food nut and can’t live without her daily green smoothies. She tries to stay sane as she juggles writing with four kids, staying active on social media, and keeping up her book blog at http://cinnamoncindy.blogspot.com/. In addition to writing and self-publishing two Young Adult Contemporary novels, she has also written articles for "New Era" magazine and The American Preppers Network.

For more information on The Destiny Trilogy and Cindy’s upcoming books visit http://destinybycindyhale.blogspot.com/ or follow @CindyRayHale on Twitter.

Where to Stalk Cindy: 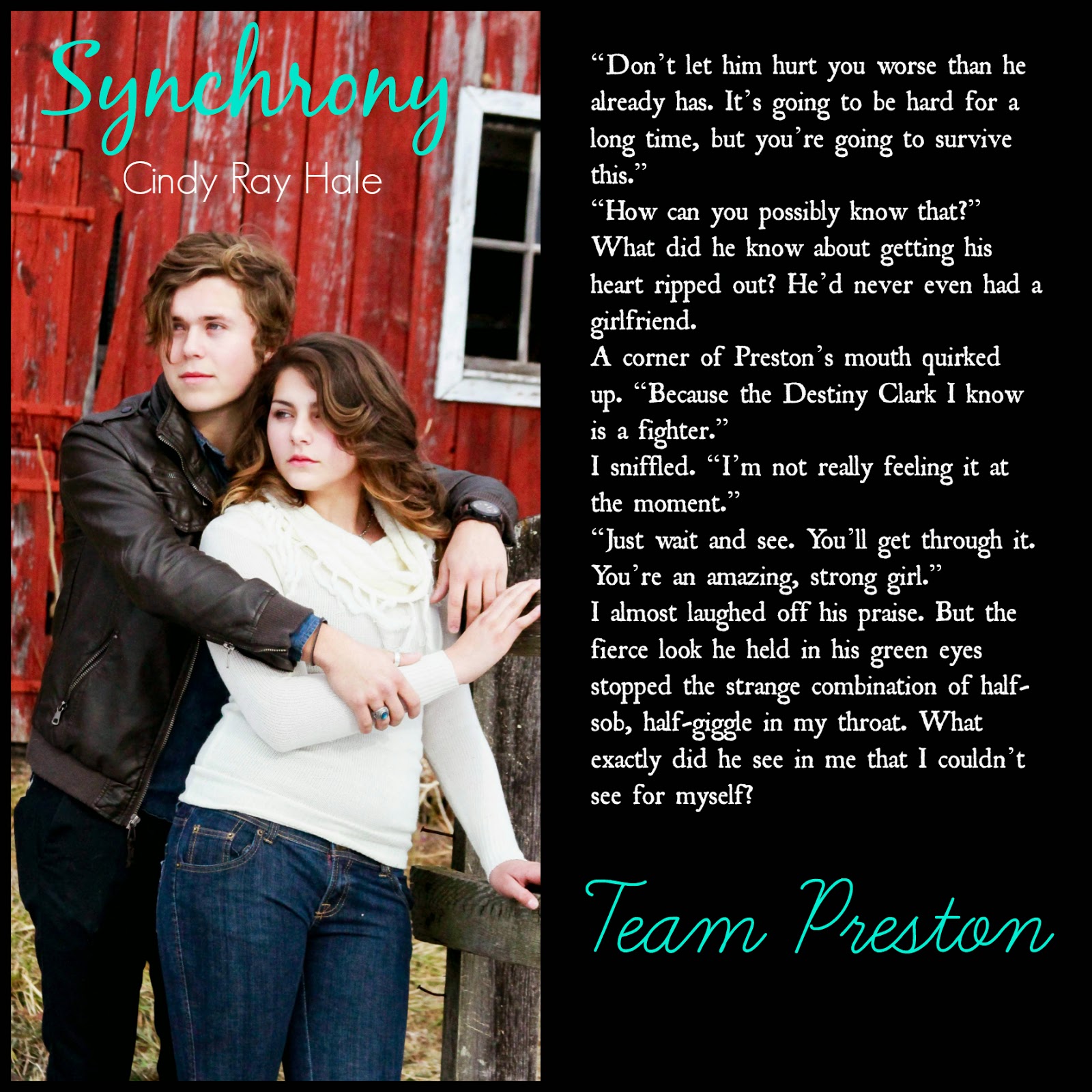